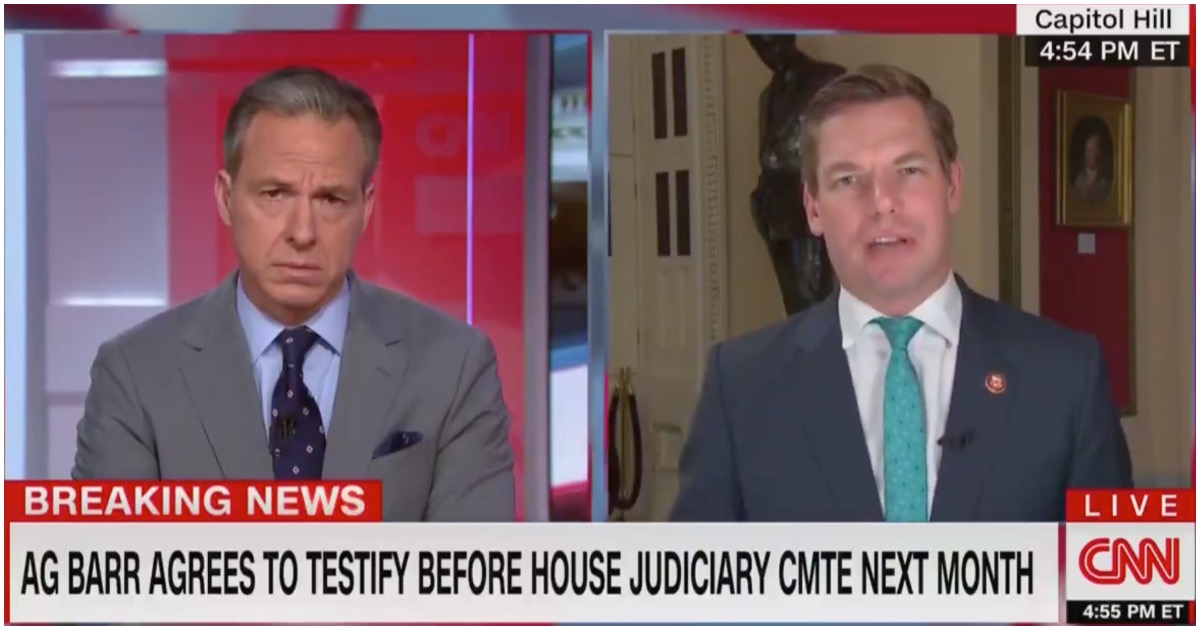 In other words, Swalwell is a good Democrat. He knows the lines he’s supposed to parrot and does it well. He’s just not the most likable of characters.

On Wednesday, the Democrat suggested a new plan his peers might hatch in order to take down the duly-elected president of the United States.

Jake Tapper asks Rep. Swalwell if the House will push impeaching @realDonaldTrump over the Roger Stone situation: We're not going to take our options off the table. We don’t wake up in the morning wanting to impeach him…but we're not going to let him torch this democracy… pic.twitter.com/HqTANTdVLw

After seven were killed in Odessa, Texas, Swalwell sent a horrifying tweet.

Big shout out to all the civilian “good guys with guns” who saved lives in Odessa. You know who you are. Thanks a million.

Hey, go back in time, and don’t be a douche canoe who tweets this.

Go back in time and read the DM where you didn’t follow up on an offer to have your hack outfit debate me.

Were you dropped on your head as a child, #DoucheNukeEm? pic.twitter.com/maF2SxyeBe

Perhaps the Distinguished Gentleman from California didn’t hear about the Philadelphia shopkeeper who foiled an armed robbery attempt by being armed himself. Shopkeeper saved the city the cost of a trial and incarceration.

A United States representative mocking the deaths of Americans.

How is it possible that this charmer couldn’t break the 1% threshold?

Yes, swalwell is fully qualified to be a democrat; doesn’t take much.

LOL..there’s a reason he lost. he’s a fucking loser.

If the dems would forget about this impeachment crap and get on with the business of the nation that they are getting paid to do, everyone would less stressed out. There is enough of this impeachment and the public is very tired of it. Enough is Enough. The dems have done so much damage to the democratic party that it will take years, many years to repair it so that people will start to trust them again….