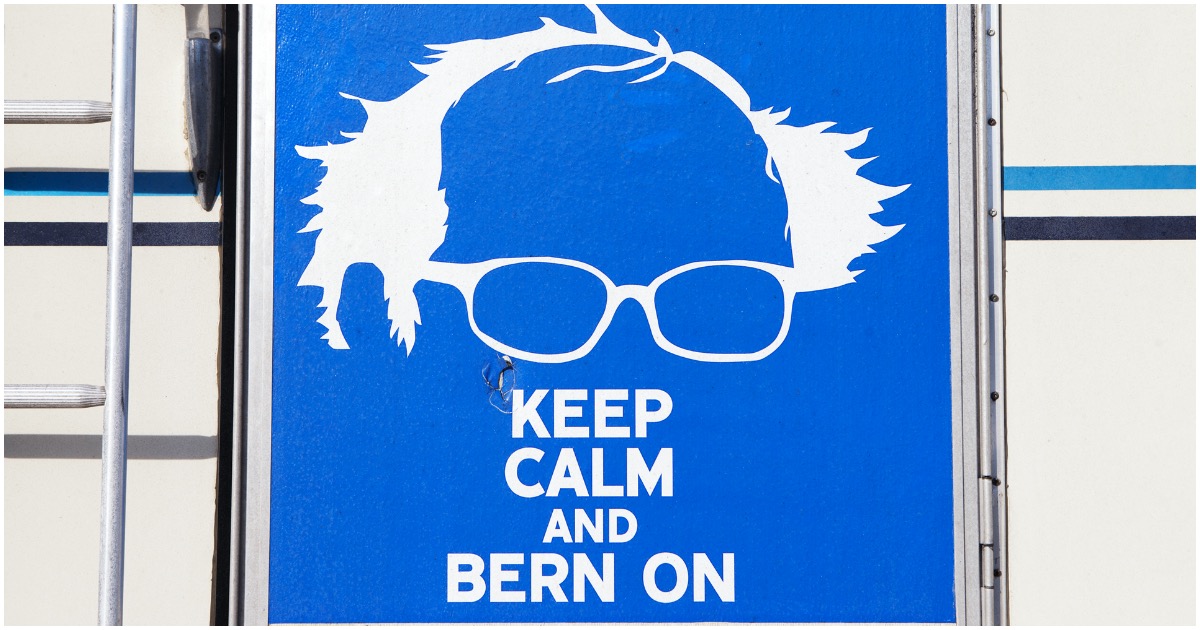 The following article, Dems Worried Bernie ‘Will Ruin Economy,’ Cause Massive Damage to U.S. – Many Don’t Want Socialism, was first published on Flag And Cross.

As of the middle of February, it would appear Bernie Sanders is the 2020 Democrat presidential frontrunner. In second place, probably Pete Buttigieg. Joe Biden and Elizabeth Warren are all but done.

That being said, not all Democrats are thrilled with the prospect of the Vermont senator being their party’s nominee. And it isn’t difficult to understand why.

Democrats are panicking over the prospect that socialist Bernie Sanders could win the Democrat nomination for president, saying that he would cause massive damage to the United States.

Rep. Dean Phillips (D-MN) told The New York Times: “I’m the first Democrat to win in my district since 1958. I attracted a lot of independent and moderate Republican support, many of whom probably voted for a Democrat for the first time in a long time. And while I respect Bernie Sanders as a senator, as a candidate, his candidacy is very challenging for people who come from districts like mine.”

Here’s what another self-described Democrat has to say…

If Dems go on to nominate Sanders, the Russians will have to reconsider who to work for to best screw up the US. Sanders is just as polarizing as Trump AND he’ll ruin our economy and doesn’t care about our military. If I’m Russian, I go with Sanders this time around.

Sanders "It's just a lone wolf, howling at the moon. We're not all like that!"

Communism is grotesque and abhorrent.

Everyone knows, to the left, these are isolated cases but it’s assumed to be widespread when it comes to conservatives. These guys are “lone wolves”, but every gun owner is at fault when there is a shooting.

These people are dangerous, where is the media asking Sanders to disavow them?

Is Bernie ever going to disavow this pack of wild communists talking casually about the violent overthrow of American government and jurisprudence, while simultaneously downplaying the horror of gulags?

Why is MSM not covering this?

Those dems not for old bernie are all talking the same game, only difference is that bernie’s communistic agenda will get the country there faster than the other socialistic candidates. KAG by voting out all dems & rinos in November.