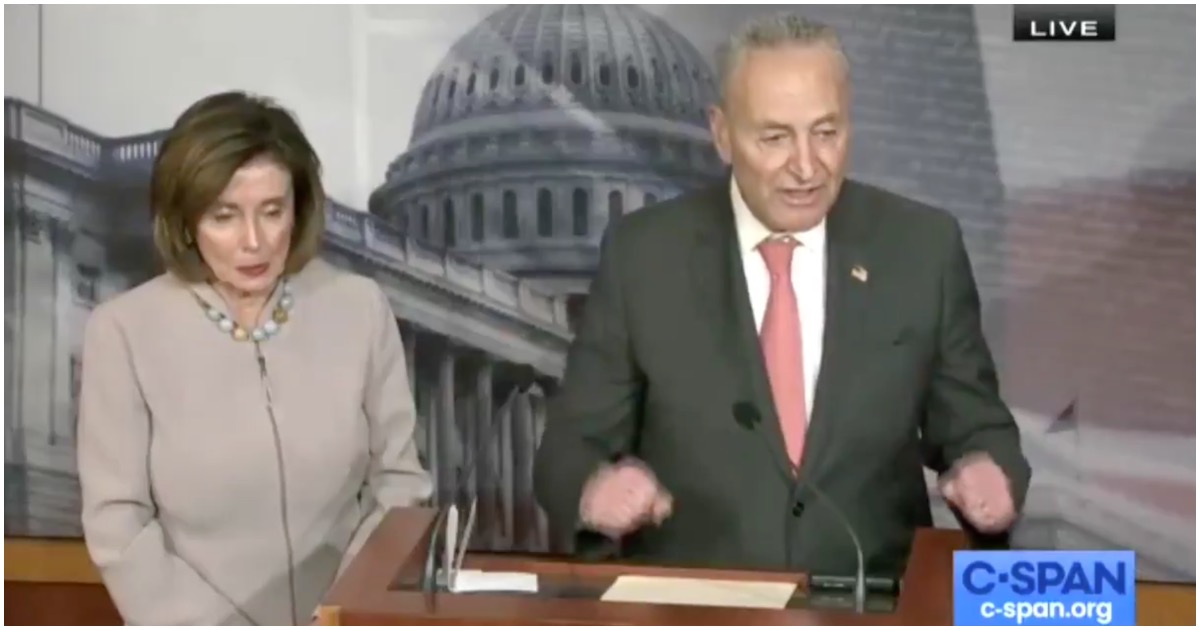 The following article, Chuck Schumer Confirms Dems Will Stand ‘United’ Behind Socialist If Nominated for POTUS, was first published on Flag And Cross.

Democrats in Congress and the mainstream media seem to be doing everything possible, working overtime even, to get President Trump re-elected. Because of words and actions from the Democrat Party, polls suggest Americans will flock to POTUS this coming November.

Senate Minority Leader Chuck Schumer’s recent thoughts about a socialist potentially receiving his party’s presidential nomination isn’t exactly going to win over middle America, but he knows that. And he doesn’t care.

None of them do.

Sen. Chuck Schumer pledges Democrats will be "strongly united” behind a socialist if they’re the nomineehttps://t.co/OQdAB0nn0O pic.twitter.com/ruMMXyKTx7

Millennials, people aged 23-38, are the largest voting block in America. Likewise, they comprise the largest group in the workforce today.

After seeing some of these numbers, it makes you wonder whether or not Trump has re-election in the bag come 2020. Ultimately, this is some scary stuff. This is what happens when Hollywood liberals and far-left college professors grab hold of the impressionable mind.

The results are frightening.

Meanwhile, 36% of millennials polled say that they approve of communism, which is up significantly from 28% in 2018.

Socialism, a dirty word to the president and many of his supporters, has shown a decrease in favorability in all age groups except the Silent Generation (age 74+) and millennials, of which 70% say they’d be likely to vote for a socialist candidate.

Check out this chart below: 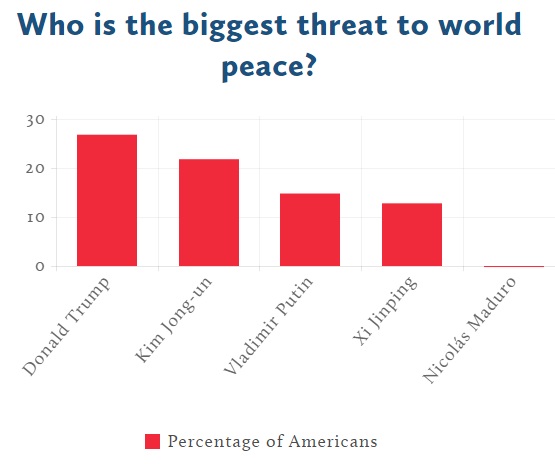 This can’t be true. Are there any Millennials out there that can accurately describe a communistic society with a historical example that suggests America would be better as a communist country? I think this was a algorithm skewed poll or people do not really know what it is.

Mostly because they don't know what Communism actually is. It's like several Bernie supporters I know who also want to pay lower taxes. They are just angry and they don't even know why

What an indictment on public education, and maybe education in general. Some 93% of professors in upper ed identify as Liberal. Just some terrible indoctrination, and education overall, perhaps across most of the education spectrum.

I’m nearly certain that a supermajority of those saying they approve of communism cant even define communism in one sentence — that’s how badly educated this Millennial cohort is.

I don’t think most millennials understand what communism really is. Let’s remember that education system has taught rewritten history and pushed an agenda for decades now.

And no surprise there. The dems are anti-American-capitalism and would go socialism and continue on into communism, anything to keep power.