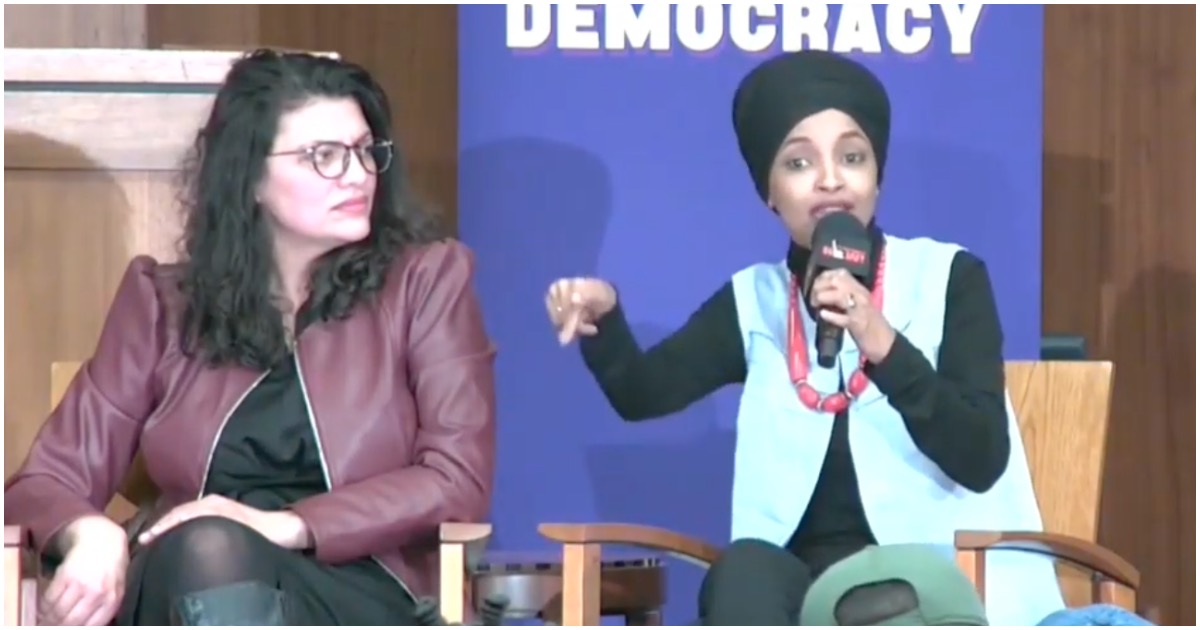 The following article, Ilhan Omar Blames American Policies For Reason Why Refugees Flee Their Homelands (Watch), was first published on Flag And Cross.

What Democrats love doing – and possibly one of the things they are best at – is blaming America for every problem in the world. It’s as if they haven’t even considered the possibility that foreign leaders are capable of being corrupt.

As you’re now well aware, Ilhan Omar is one of the worst additions to Congress in recent memory, given how blatantly anti-Semitic and anti-American tirades. At a recent speaking gig, Omar said something pretty funky – even for her.

She noted, “When we see a Somali refugee or an Iraqi refugee or a Libyan refugee we often are like this is my neighbor they must have survived some struggle. We don’t ever pause to think what American policy made them come over here? When you see a flooding happening in a country abroad and you are urgently raising money for these lives to be saved you don’t think about how have I contributed to the climate warming that has led to these floodings and these catastrophes that are taking place.”

During his first year as president, Democrat nominee Pete Buttigieg is vowing to accept 125,000 refugees into America.

Buttigieg’s calling Jesus Christ “a refugee” came days after he released his national immigration plan, in which he vows to import at least 125,000 refugees in his first year in office. Likewise, Buttigieg said he will push Congress to pass a law that bans the United States from admitting any less than 95,000 refugees a year.

In the last 2020 Democrat presidential primary debate, Buttigieg committed to providing reparations to potentially millions of illegal aliens in the U.S. but did not explicitly support the same for black Americans whose ancestors were enslaved. Reparations for illegal aliens could cost American taxpayers about $2.2 trillion.

Buttigieg nods along in agreement with the claim that illegal immigrants are reclaiming stolen land in US.pic.twitter.com/iLHsMIvyBw

Ah, but she is probably correct, but not in the way she thinks? The word is out, come to America, everything free and can even be placed in America’s government with a license to steal included….