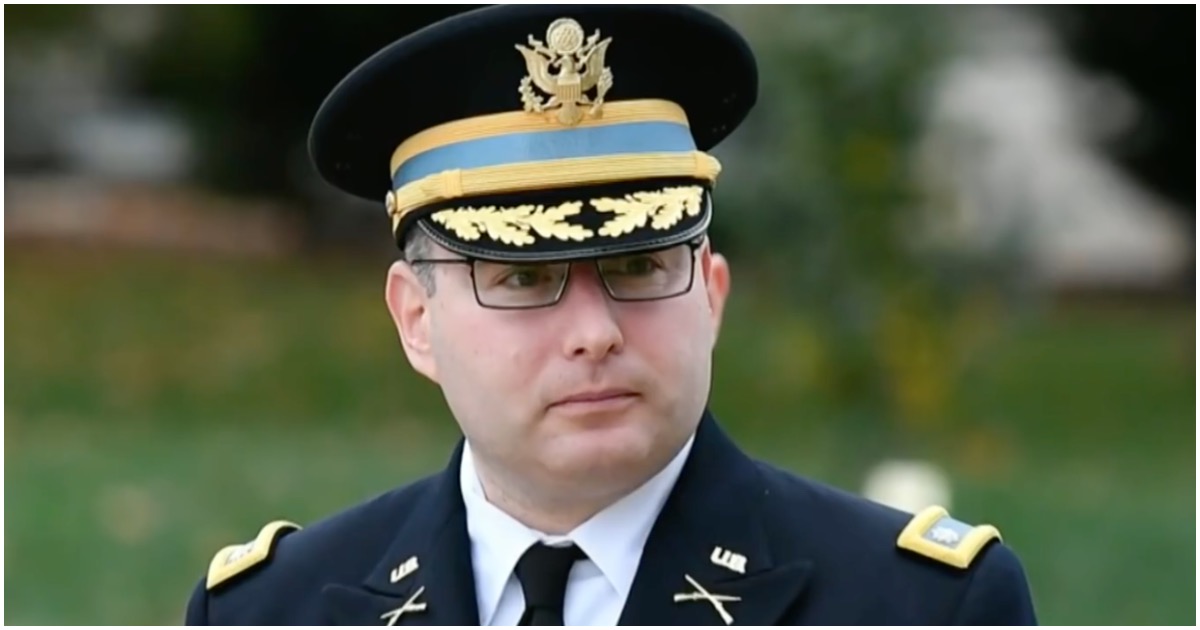 The following article, White House May Take Action Against Alexander Vindman, Remove From National Security Council, was first published on Flag And Cross.

Alexander Vindman may soon lose his spot on the National Security Council. Team Trump is obviously not pleased with the military man. Here’s what’s up, via Daily Wire:

The Trump administration is reportedly weighing options to remove Alexander Vindman from the National Security Council, which comes after remarks he made during President Donald Trump’s impeachment hearing.

BREAKING: White House is weighing plan to dismiss Alexander Vindman from National Security Council after he testified in impeachment inquiry, a move that will be part of a broader effort to shrink Trump admin foreign policy bureaucracy, sources tell me & @nwadhams. Story out soon

Here’s more on Vindman, via a November 2019 report from Flag & Cross…

White House officials were not too happy with the testimony of Lt. Col. Alexander Vindman in Tuesday’s impeachment inquiry, stating his complaints amounted to nothing more than policy agreements.

Col. Vindman, who is on the National Security Council, spoke with the impeachment panel, saying he was “alarmed” by the Trump administration pressuring Ukraine to investigate former Vice President Joe Biden.

He also complained that President Trump, during an April phone call with Ukraine President Volodymyr Zelensky, veered from the talking points approved by the NSC and did not talk about the broad issue of corruption.

“Those were the recommended talking points that were cleared through the NSC staff,” he said.

“The President is in charge of setting the foreign policy of the United States, not unelected bureaucrats,” the White House said. “The president has every right to conduct American foreign policy in whatever way he sees fit and is not in any way obligated to follow bureaucratic talking points written by staff.”

President Trump’s presidential campaign, which is getting geared up for the 2020 election, also took a few shots at Vindman and his testimony.

Trump campaign communications director Tim Murtaugh posted on Twitter saying, “He disagreed with the president. Hate to break it to Adam Schiff and the Democrats but the President of the United States sets policy, not unelected bureaucrats. And policy disagreements are not impeachable offenses.”

Bubble Butted Sissy & his evil twin… their day’s of leaking to CNN & Bug-Eyed Schiff are over….!