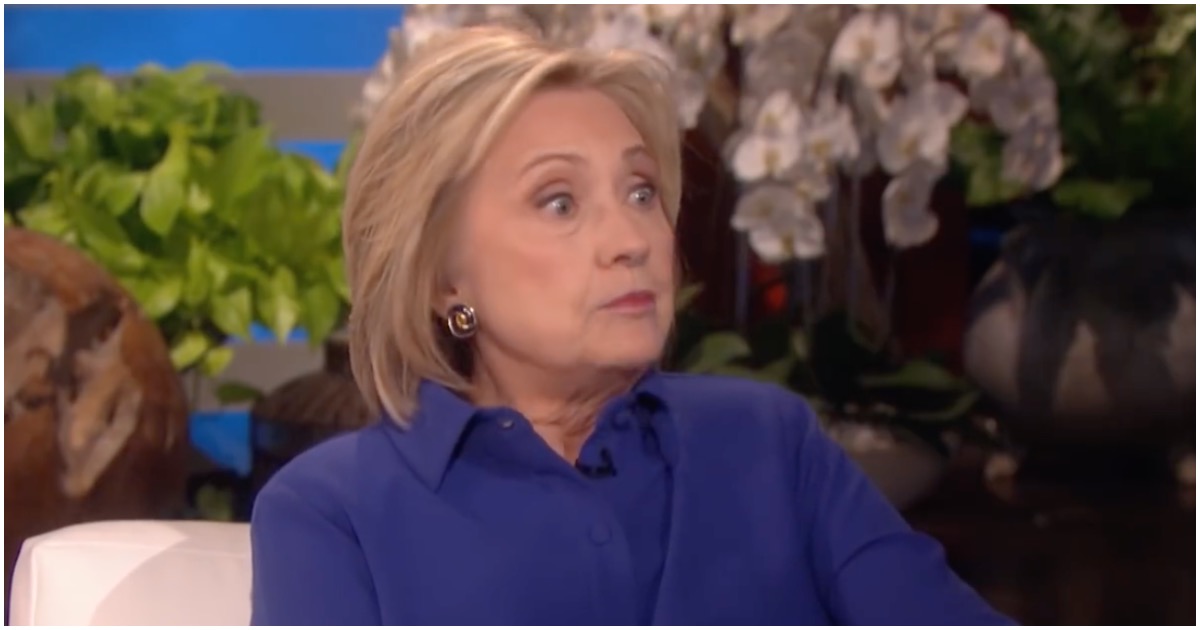 The following article, Hillary Takes Swipe At Bernie On National TV, Tells Voters to Pick Candidate Who Can ‘Win’, was first published on Flag And Cross.

Hillary Clinton didn’t mention Bernie Sanders by name, but it was abundantly evident who she was speaking about. It was crystal clear. She’s not a fan of the Democrat Socialist. She doesn’t think he can beat President Trump in a general election. From Daily Wire:

The Democratic establishment has been doing an abysmal job of ensuring Bernie Sanders’ supporters that the primary will be a free and fair election. Between changing debate qualification rules to benefit Mayor Michael Bloomberg, the Iowa caucus disaster, and now former First Lady Hillary Clinton’s repeated swipes at the socialist senator, it’s all beginning to look a little too… well … rigged.

Speaking on “The Ellen DeGeneres Show,” Hillary Clinton advised Democratic Party voters who are still on the fence to select someone who can “win” in the general election against President Trump.

Not doing anything wrong to Democrats means, okay, look, we know we got caught but it’s time for everyone to move on. They honestly don’t believe they must pay for their actions and feel they are above the law. The evidence is there.

According to Hillary, it’s time to stop looking into Joe and Hunter Biden’s Ukraine fiasco because, well, she said so.

The guys didn’t do anything wrong, despite copious amounts of evidence to the contrary.

It’s just one excuse after the other with liberals like Clinton. And Dems still don’t understand why Donald Trump won in 2016, huh?

Appearing Tuesday on PBS NewsHour, failed presidential candidate Hillary Clinton defended former Vice President Joe Biden and his son, Hunter Biden, against allegations of corruption in China and Ukraine, claiming there is “no evidence” that the pair “did anything wrong.”

Joe is mad that the media is saying anything negative about him.