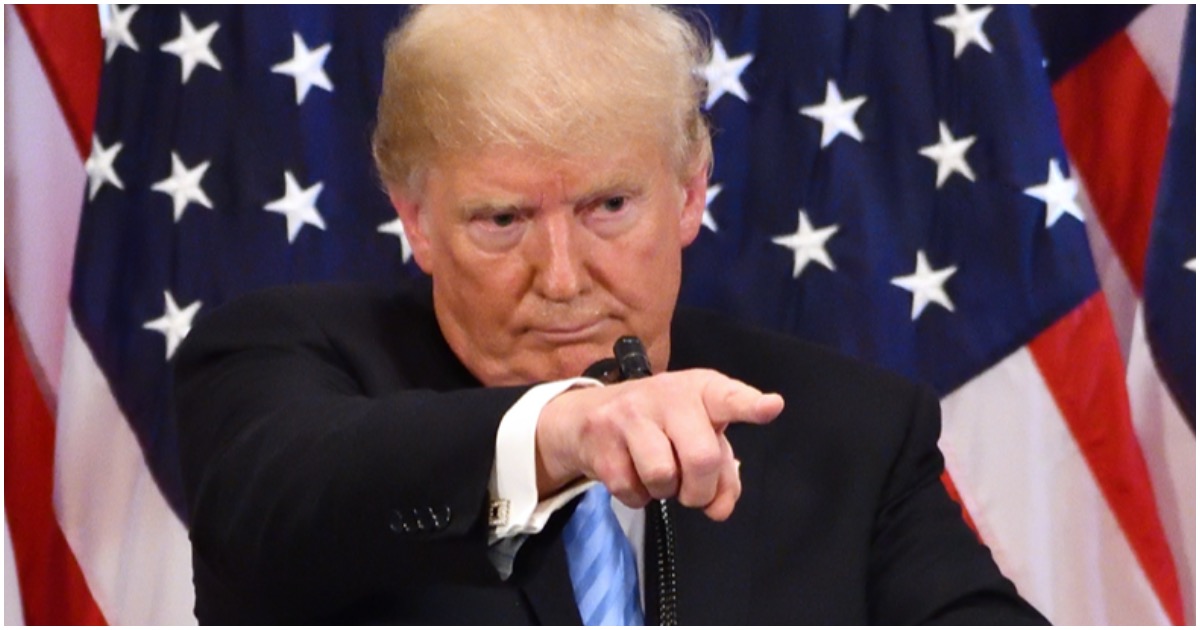 The following article, Why Are Democrats Willing to Destroy Themselves In Order to Destroy Trump? [Opinion], was first published on Flag And Cross.

IF ONLY HE’D STOP TRYING TO DRAIN THE SWAMP AND PLAY BALL, THEY’D MAGICALLY FIND HIM LESS REPREHENSIBLE.

It’ll be one heck of a week with the Iowa Caucuses on Monday, Donald Trump’s State of the Union Speech on Tuesday, and his expected acquittal from Democrats’ Impeachment charges on Wednesday. By Thursday, we could see them roll out their newest Articles of Impeachment which have probably been in the works since Robert Mueller showed that he has the same great memory and lucidity as Joe Biden.

In failed expedition number two (Let’s count the two-year 32 million dollar Mueller investigation as failed expedition number one) Democrats claim that President Trump thought about committing the crime they concocted but even if they could read his mind, the crime never took place. If Trump didn’t get what he was supposedly pressuring Ukraine to give him, then Democrats tried to remove him for a thought crime. These are the same people who want to obliterate the First Amendment by fining citizens for using the “wrong” pronoun.

We aren’t allowed to wonder why Trump is being accused of a crime which is virtually identical to the one Joe Biden actually committed, and to which he admitted on video. Is it also a coincidence that Democrats say Donald Trump isn’t allowed to wonder about it either? Such wondering should result in his removal from office!

Democrats are willing to look that ridiculous just to distract from actual, as-yet, un-indicted crimes committed by a long list of their fellow Democrats. From Clinton and Comey, and Clapper (oh my!) to Brennan, Biden, and more, Donald Trump’s very presence in the Oval Office does represent an “existential threat” not to America as they are so fond of saying, but to them.

If only he’d stop trying to drain the swamp and play ball, they would magically find him much less reprehensible. Yet, gullible or corrupt politicians and pundits jump up and down trying to assure us that Trump is the bad guy.

It takes a lot of distraction to ignore realities that glaring, yet it’s impressive how many people are succeeding at doing so.

What else are these perpetually angry Trump-haters so afraid of that they are willing to risk everything including the Democratic party itself, to get rid of him?

Our 45th President has accomplished in three years a stunning list of things that politicians on both sides of the aisle have been promising for decades:   He has dramatically lowered unemployment for every race, color, gender and creed; Impressively improved the GDP; Made us energy independent (an enormous accomplishment he never even promised); Controlled illegal immigration and is in the process of securing our border. He has restored confidence in America, and those are just a few examples.

Politicians raised money on their promises. They got elected on those promises. But they never came close to delivering on them. This wasn’t because they were incompetent, though some of them surely were. It is because they never really wanted to accomplish those things in the first place. They contradict the secret globalism and crony capitalism for which every day Americans never voted. President Donald Trump has exposed this and so much more for all to see.

It’s no wonder that they are willing to destroy themselves in a desperate attempt to destroy him.

Karen Kataline is a columnist and talk show host of Spouting Off , a live, internet, call-in show featuring politics, pop culture, and psychology. Her op-eds have appeared at Investor’s Business Journal, Town Hall, The Daily Caller, Western Journal, and The American Thinker. She is the author of Fatlash ! Food Police & Fear of Thin. This is a personal account of her own child beauty pageants, food restrictions, and her “stage door mother on steroids”. We’ll cover “Trump Supporters Sycophants or a Gallery of Rebels?” and the Schiff Show.

Continue reading: Why Are Democrats Willing to Destroy Themselves In Order to Destroy Trump? [Opinion] ...