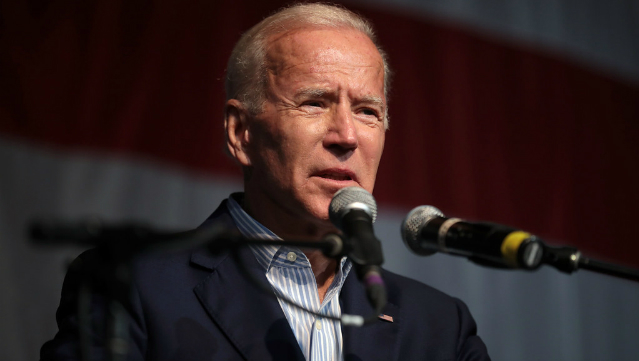 When all of the impeachment hoopla started around President Trump, folks on the right warned Democrats they were setting a dangerous precedent, opening up the door for future presidents to be impeached willy-nilly, and it seems like that sort of looming threat is pretty much spot on.

In fact, should former Vice President Joe Biden win the presidency against Trump, there’s already one GOP senator who is ready to impeach him.

You reap what you sow, right?

Sen. Joni Ernst, R-Iowa, told Bloomberg News on Sunday that Republicans could impeach Biden for his dealings in Ukraine, specifically his handling of foreign policy with the country as his son, Hunter, was on the board of the Ukrainian gas company Burisma Holdings. Her comments come just before her constituents go to the polls Monday to cast the very first votes of the 2020 presidential election cycle.

“I think this door of impeachable whatever has been opened,” Ernst said in an interview, according to Bloomberg News. “Joe Biden should be very careful what he’s asking for because, you know, we can have a situation where if it should ever be President Biden, that immediately, people, right the day after he would be elected would be saying, ‘Well, we’re going to impeach him.'”

Ernst claimed that Biden would be accused of “being assigned to take on Ukrainian corruption yet turning a blind eye to Burisma because his son was on the board making over a million dollars a year.”

This is what happens when you take something that’s supposed to be serious, like impeachment, and cheapen it with less than provable accusations against an active, sitting president.

Unfortunately for Biden, if he gets his party’s nomination, he’s going to have to face off against Trump. The impeachment against the president is almost certainly going to fail as he’s almost guaranteed to be acquitted by the Senate.

Trump will give Biden the most epic fight of his political life, and given the stellar results we’ve had as a nation since he’s been in office, it doesn’t seem likely that anyone will unseat him from the White House.