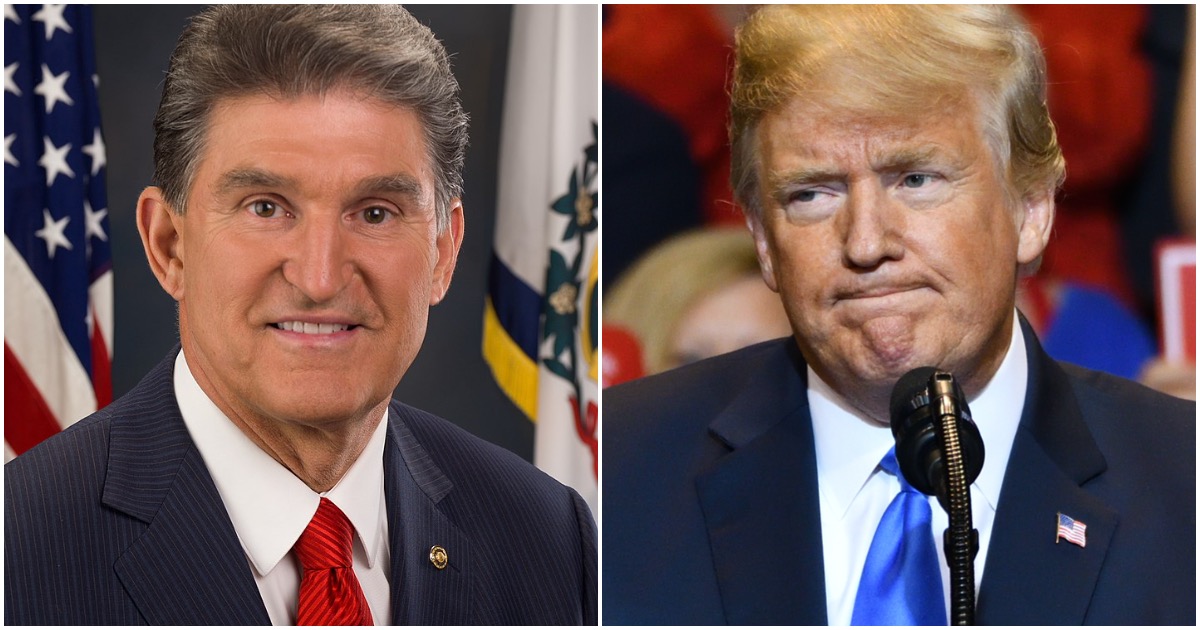 The following article, Democrat Senator Calls for Dems to Censure President Trump Instead of Convict (Details), was first published on Flag And Cross.

Democratic West Virginia Sen. Joe Manchin, speaking on the Senate floor about the impeachment efforts Monday, urged his colleagues to formally censure President Trump — saying that while the president’s dealings with both Ukraine and Congress were “simply wrong,” he is “struggling” over whether to vote to convict and remove him from office and potentially “tear the country apart.”

At the same time, Manchin also condemned the Republican-controlled Senate for failing to call additional witnesses in the impeachment trial, saying “history will judge the Senate harshly” for failing its constitutional duty to “protect our democracy.”

Manchin: "I see no path to the 67 votes required to impeach President Trump and haven't since this trial started. However, I do believe a bipartisan majority of this body would vote to censure President Trump for his actions in this matter."

Sen. Joe Manchin proposes censure as an option for the Senate to take against Trump.

Every Republican I spoke to summarily shot down that idea today.

On Friday, Jeffries said something so blatantly ignorant about President Trump that he should be removed from his post. It’s really that simple.

Manchin needs to concentrate on his constituents instead of censuring the president for doing his constitutional job. What an idiot! That is the problem all Democrats have. They want to prosecute a Republican for doing something much less as bad as their Democrat president did. Obama and Biden did some really impeachable things in Ukraine, but they ignore them and want to impeach a Republican for doing his job of looking into their crimes. That is why we call all Democrats hypocrites.

Manchin is a liberal fence rider,he is double minded and wishy washy,I don’t know to much about censuring Trump or what that would mean,but I doubt it would matter in the least,you have the opposing party inventing a large load of BS about Trump,and then they want him investigated till Hell freezes over,how about we investigate these loser,and after we get the dope on them,we kick their butts out of Washington DC and start their time in the big house where they belong.

Manchin is content to do nothing but suck diseased loon cheese Dick…. Ride the tax payer provided Gravy Train until he mummifies in public office….!

Although manchin is likely the “best” dem politician in DC, but he’s still sitting on the leftist side of their aisle. Too bad that West Virginia voters cannot find a conservative to serve and better attend to America’s best interests..