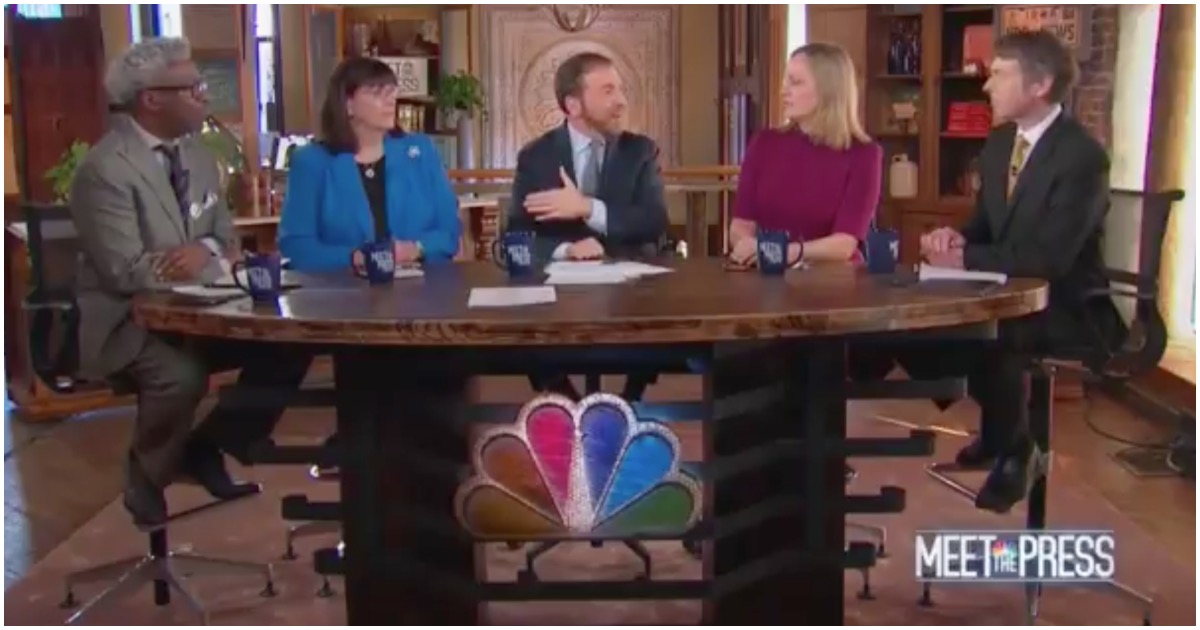 The following article, Democrats Saying This Will Not ‘Be the Last Time This President Is Impeached’ [Watch], was first published on Flag And Cross.

If at first you don’t succeed, try again. Democrats have truly taken this saying to heart. First, “Russia collusion” turned out to be a gigantic nothingburger, just as every conservative had projected from day one.

Millions of taxpayer dollars were wasted investigating what was more of a hoax than the Jussie Smollett scandal. Special Counsel Robert Mueller found nothing, yet Democrats continue to remain in indignant.

Now, even though the Senate is just days away from acquitting the president and ending this impeachment fiasco once and for all, Dems are still crying foul. They didn’t want to call witnesses during Bill Clinton’s trial, but for some reason they’re all about witnesses for Trump.

What do they think is going to turn up, exactly? SMH.

At the end of the day, Dems may not be done impeaching 45.

WATCH: Democrats are now bragging "This is not going to be the last time this President is impeached."

Democrats are OBSESSED with removing @RealDonaldTrump from office and undoing the 2016 election at any cost. That's what this scam is really about! pic.twitter.com/dIz1OmSey4

As usual, a far-left political analyst has decided to turn a losing issue into something racial.

But it doesn’t matter to them.

What matters is that they make it seem like they are doing the right thing to Americans who don’t follow politics – aka, liberals.

If they keep it up, Trump should have no problem come November outside of California and New York.

Check out CNN’s Jeffrey Toobin slamming the president’s legal team for being too white. And yes, it is as ridiculous as you’d imagine.

Here's that clip of Toobin mocking the Trump legal team as "White House and white people" and "a lesson in the diversity of the two parties" (so ignoring how all lead 2020 Dems are white) He also went the sexism route, wondering if the female lawyers will be "allowed to argue" pic.twitter.com/R5dD2MqFBQ

Jeffrey Toobin was just criticizing the #TrumpDefense team for being all white men. Seriously.

If that’s the best counter they can come up with, I’m pretty sure Trump is going to be just fine. Enjoy!

How do you know that President Trump's team totally annihilated all Democrat arguments?

Because CNN is talking about how the President's team is "too white."

This is how unhinged the left has become. Fake News CNN criticizes Trump's legal team for being "too white." I'm not kidding. And not one liberal will denounce this trash on CNN. #Shampeachment #Trump #CNNisGarbage #MakeAmericaGreatAgain #CNNIsFakeNews #ImpeachThis https://t.co/I4CpxHLOun

Continue reading: Democrats Saying This Will Not ‘Be the Last Time This President Is Impeached’ [Watch] ...

Would think (and hope) that you dems had better get on with it then as the American people must be getting very tired your actions against America while doing no action for America. Doubtful that you worthless dems will have control of anything after next Jan 1.