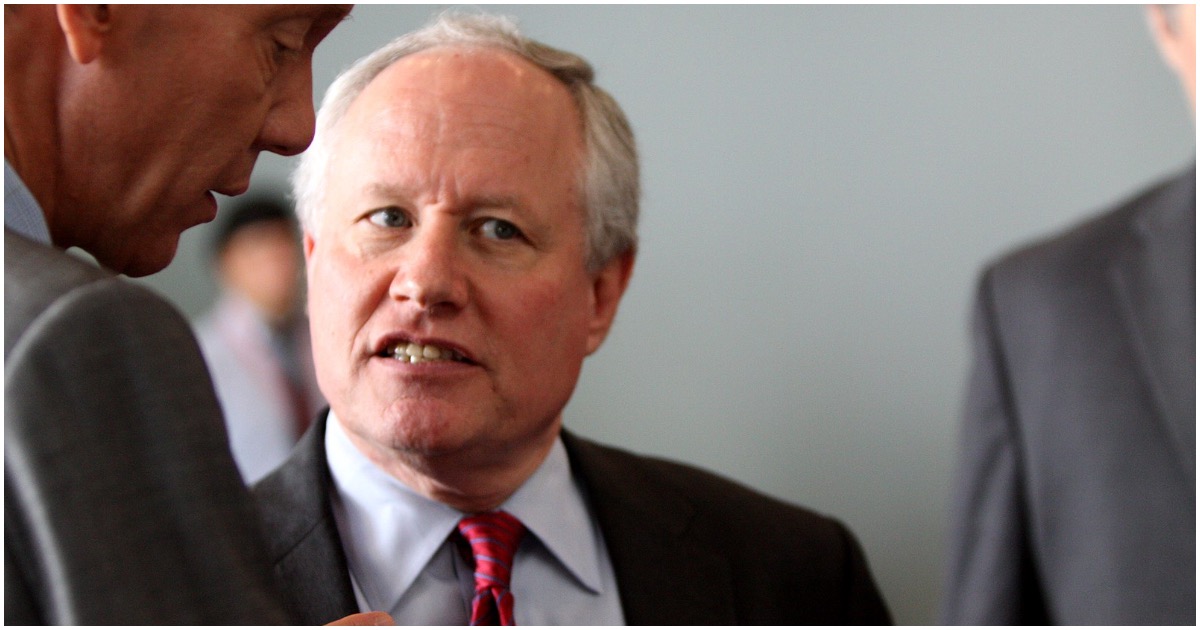 The following article, Former Conservative Bill Kristol Declares ‘We Are All Democrats Now’ After Trump Nears Acquittal, was first published on Flag And Cross.

You’d have to imagine that most “Never Trumpers” have stopped with the Trump-bashing nonsense. They can probably recognize that President Trump has performed extraordinary well as commander-in-chief, despite some off-color tweets that might not be to their liking.

Not Bill Kristol, though. The former conservative continues to go against POTUS with a passion that burns with the fire of a thousand suns. The guy just will not quit.

On Saturday night, Bill shot off a tweet that has conservatives across the country shaking their heads in dismay.

Political pundit Bill Kristol tweeted “we are all Democrats now” on Saturday, drawing strong reactions from Trump supporters all over the internet.

Not presumably forever; not perhaps for a day after Nov. 3, 2020; not on every issue or in every way until then. But for the time being one has to say: We are all Democrats now.

Just a reminder that – long before Trump – neocons were already planning their migration back to the Democratic Party because they saw the writing on the wall about changes in the GOP & were hopeful about a Hillary presidency – from 2014: https://t.co/yMtafPEMHk https://t.co/0fFAKi3ZK1

Not even close. I've been an independent conservative since before the 2016 election and take plenty of issue with Trump and any uncritical supporters, but am no more sympathetic to the Democratic cause than I was before. This "Democrat by default" mindset is sheer nonsense. https://t.co/bRSnljLhVC

Yeah, buddy… we ALL knew. https://t.co/TFaSZ6JyKV

They are leaving your party in droves…and in your delusional head you think you’ve gained people? Holy hell you are in for a rude awakening come November.

What do you mean "we", kemosabe? https://t.co/lpkEAgJMiw

LOL – dude – you are all Trotsky now…

He finally came out of the political closet. https://t.co/SQpfu7P1Qa

To say that Elizabeth Warren, a radically far-left Democrat who lied her entire professional career by claiming she was Indian, would be better for America than a man who has overseen record-low unemployment and a booming economy, is about as ridiculous as it gets.

But for some reason, you have to think Kristol is serious. He has lost his way bigly. And it’s sad to see.

I very much prefer Biden or Buttigieg or Bloomberg or Klobuchar to Warren. But the idea that one term of Warren would pose anything like the threat of a second term for Trump to the basic norms and institutions of our liberal democracy, including to free markets, is laughable.

I very much prefer Biden or Buttigieg or Bloomberg or Klobuchar to Warren. But the idea that one term of Warren would pose anything like the threat of a second term for Trump to the basic norms and institutions of our liberal democracy, including to free markets, is laughable.

She wants to pack the courts.
Abolish ICE.
Eliminate the electoral college.
Nationalize healthcare.
The list goes on and on…
And you want to protect basic norms and institutions? Which norms, which institutions? https://t.co/8DnFVF54hq

Talking about the woman who just stated yesterday that we should ignore the results of an election for governor because she did not like the result? https://t.co/v8X9W4gVZ7

Your dislike for Trump (which may have been legitimate) has evolved into full blown craziness. https://t.co/8DnFVF54hq

Warren is a huge threat to our Democratic norms and system of governance. Those who care about defeating Trump should push Dems to nominate a reasonable alternative while they can. Nominating Warren signals that protecting those norms isn’t a priority.

I can safely assume that a lot of conservatives and moderates will have a hard time pulling the lever for someone who was to completely remake America regardless of her opponent. If priority is to defeat Trump, then Warren (or Sanders) shouldn’t even be on the table.

Conservatives won't vote Warren/Sanders over Trump. It's a fairly ridiculous point, like the idea that she'll magically remake America in the ways listed above. She'd need a 60 D senate for that to be possible and that's assuming all 60 want those changes, which they wouldn't.

Bill Kristol is mentally ill and suffers from TDS worse than any Democrat. So, it is good news that he is joining the Democrat Party. He clearly is part of the Establishment who hates President Trump and knows not how to deal with him. Kristol, go away, we are tired of hearing anything about you.

Yeah, kristol has revealed himself as a flaming liberal every since he must have felt that tingle run up his leg when obama was dictating to America.

Perpetual war, not peace and prosperity, have been the consistent goals of this warmonger!