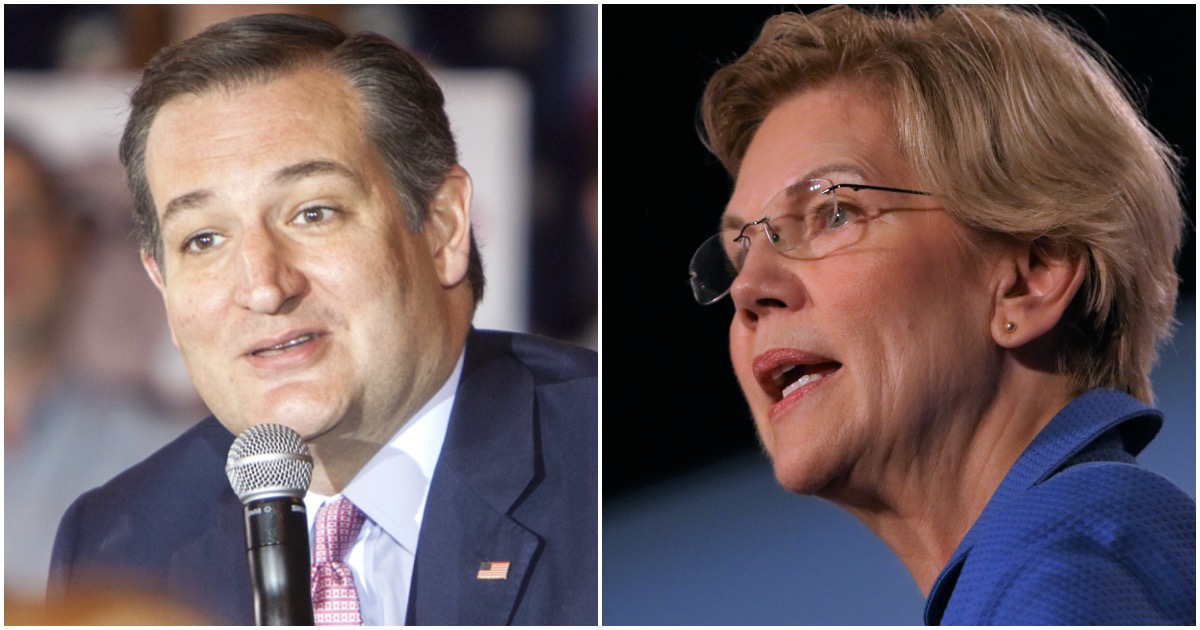 Massachusetts Senator Elizabeth Warren (D) did more to help virtually acquit President Trump than she can ever imagine. All it took was one shoddy question from the soon-to-be-failed presidential candidate to completely sway the trial, as Texas Sen. Ted Cruz explains. From Washington Examiner:

During the trial on Thursday, the Massachusetts Democrat, who is running for president, submitted a question to Supreme Court Chief Justice John Roberts which questioned his credibility. The question was read aloud by Roberts.

“At a time when large majorities of Americans have lost faith in government, does the fact that the chief justice is presiding over an impeachment trial in which Republican senators have thus far refused to allow witnesses or evidence contribute to the loss of legitimacy of the chief justice, the Supreme Court, and the Constitution?”

Cruz noted, “Elizabeth Warren helped defeat the impeachment of the president of the United States.”

He added, “That stunt helped deliver the votes of Lisa and Lamar.”

After Warren’s question, Senators Lisa Murkowski (AK) and Lamar Alexander (TN) decided to vote against extending the impeachment trial by voting “No” to witnesses.

John Roberts was NOT happy with @EWarren's nasty question about whether the legitimacy of SCOTUS (and Roberts himself) would be sullied if there are no witnesses in the Senate trial pic.twitter.com/60fbiME3Db

The question was so absurd that even House Intelligence Committee Chairman Adam Schiff, who is serving as one of the Democrats’ impeachment managers, pushed back on the question and defended Roberts.

As @pkcapitol notes, the seeming attack on Roberts came a day ahead of a potential tie vote where Dems have been courting Roberts to intervene. Pelosi very solicitous today; D sens uniformly respectful.

I agree with this. The question reflects badly on Warren. The exchange, however, reflects well on Schiff—as well as on Roberts. https://t.co/whvFp76ren

Video: Major yikes for @EWarren on @CNN just now as panel led by Erin Burnett universally condemned her nasty question about the legitimacy of the Supreme Court and Chief Justice John Roberts being sullied if the impeachment trial ends without witnesses pic.twitter.com/Noj9QnOQ4I

No doubt that the long list of dem fools all thinking they are qualified to be president are actually letting the American people realize that Trump is the best person to be in charge thru all of the dem efforts to overturn the last election. KAG by voting out all dems in November.

Are the Democrats really naïve enough to think the Senate would do their bidding when they didn’t do their own due diligence? They’re far more ignorant &/or stupid than we thought. Can’t we get a required intelligence test established for those who wish to run for Public Office? I’ve known teen aged Boy Scouts who are brighter that some of our Congress persons.