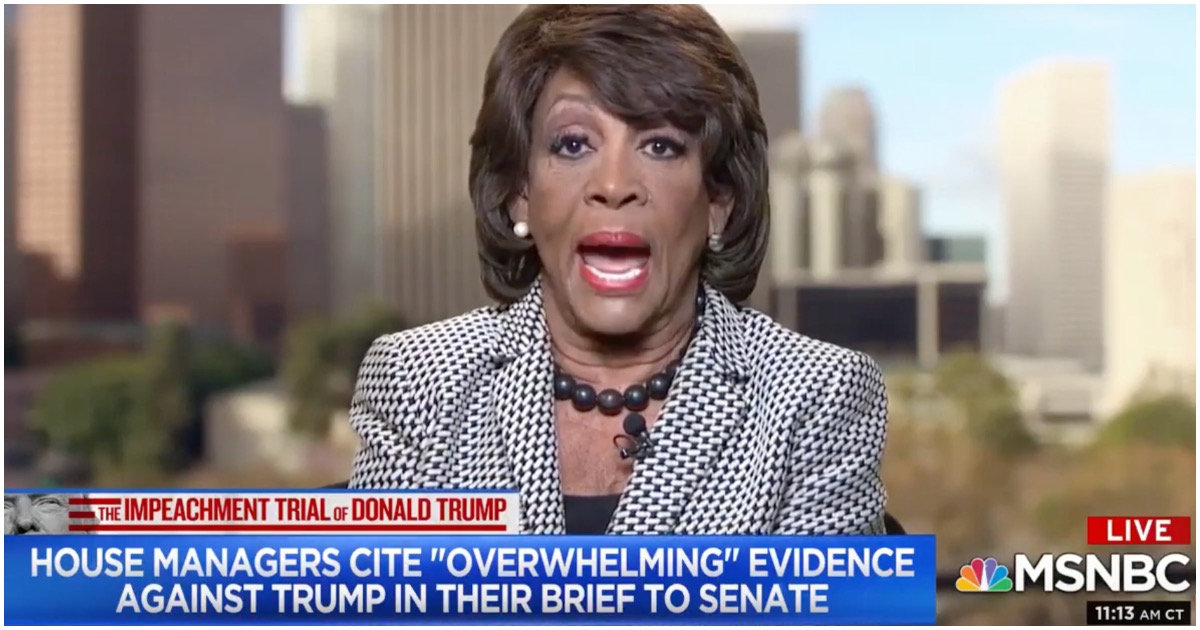 The following article, ICYMI: ‘We Will Not Stop!’ Maxine Waters Says There May Be More ‘Impeachment Activity’ In 2020, was first published on Flag And Cross.

Maxine Waters appeared on MSNBC on Sunday to virtually announce that the Senate will acquit Donald Trump. However, that doesn’t mean Democrats won’t stop trying to impeach a duly-elected president who has not committed a single crime.

In other words, Republicans need to retain the Senate and win the House at the start of Trump’s second term in office so the nation can have any hope of putting this impeachment embarrassment to bed.

Here’s what’s up, via Free Beacon:

Rep. Maxine Waters (D., Calif.) said Sunday that Democrats “will not stop” on impeachment and added that there may be more “impeachment activity” in the near future.

“The subpoenas that I have issued that have gone through the lower courts are now going to be heard at the Supreme Court in March,” Waters said during an appearance on MSNBC. “We will not stop. Whether or not that leads to another impeachment activity, I don’t know.”

While on CNN late last year, Mad Max did what she does best and attacked POTUS for attempting to make America a safer place.

She said, “There should be comprehensive immigration reform and not immigration reform based on exciting and inciting those people who have negative thoughts about others coming across our border, and basically working to use that information to promote himself in a campaign. And I think some of that is very racist.”

Democrats today are a different breed. They care more for bashing Trump than they do helping their country.

Continue reading: ICYMI: ‘We Will Not Stop!’ Maxine Waters Says There May Be More ‘Impeachment Activity’ In 2020 ...