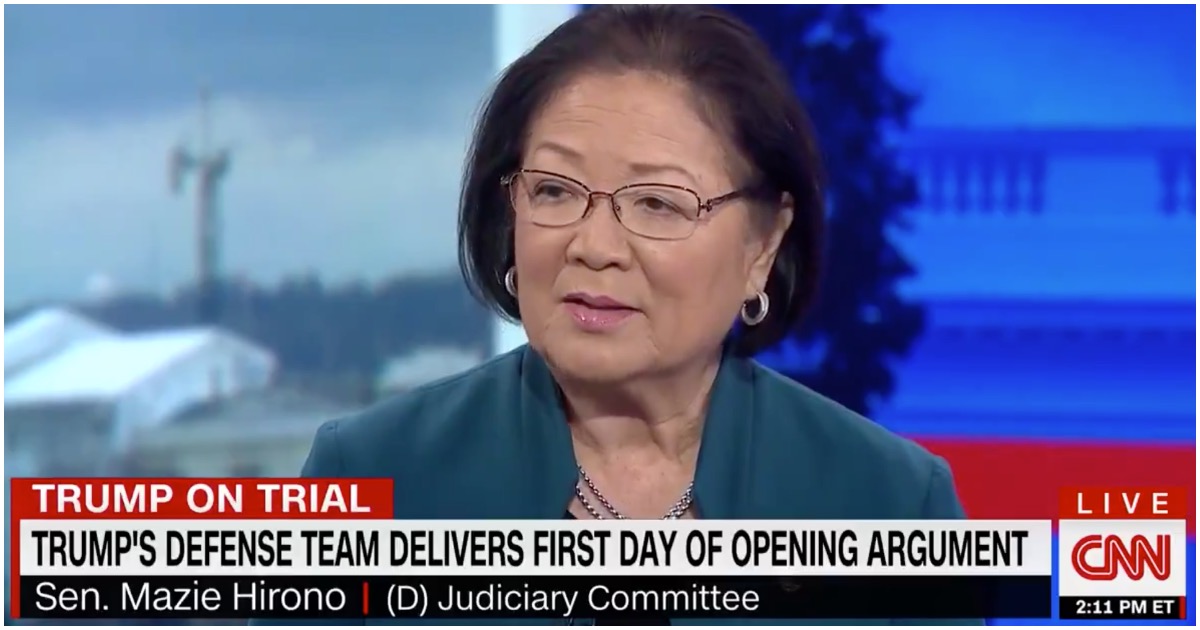 Conservatives knew from the start. So did Democrats. So did the mainstream media. The problem is that when Republicans brought it up, the MSM would look the other way. Even when Congressional liberals let it slip that impeaching President Trump is all about preventing him from winning re-election, the media doesn’t care.

She added, “These families should not be detained and that’s the bottom line, and so we’re now contemplating thousands and thousands of migrant families being detained, doing irreparable harm to little children. When I was in Dilley, we can’t forget seeing in one of the areas a little boy just silently crying. Heaven knows what’s going through his mind but, not good.”

Hirono even doubled down…

Hirono: “If my colleague, the junior Senator from Nebraska, wants to embrace the alt-right’s position by offering this resolution, that is his business. Rather than passing a resolution to address a problem that doesn’t exist, we should focus on something real, like ending this totally unnecessary, unjustified shutdown.”

And she is merely saying what the dem’s impeachment is all about, and it’s not because of any “crime” that Trump committed.

They’ve been pretty vocal about this impeachment being about Trump not getting the vote in Nov. This is rigging an election.

Bald Headed Wench is very terrified that she will be booted out of office & being tried as a co-conspirator & being involved in the democrat loonz failed Coup against President Trump….!

This unintelligent woman (Maxie Hirono) gets more ignorant every time she opens her mouth. Democrats are stupid for letting her speak for them.