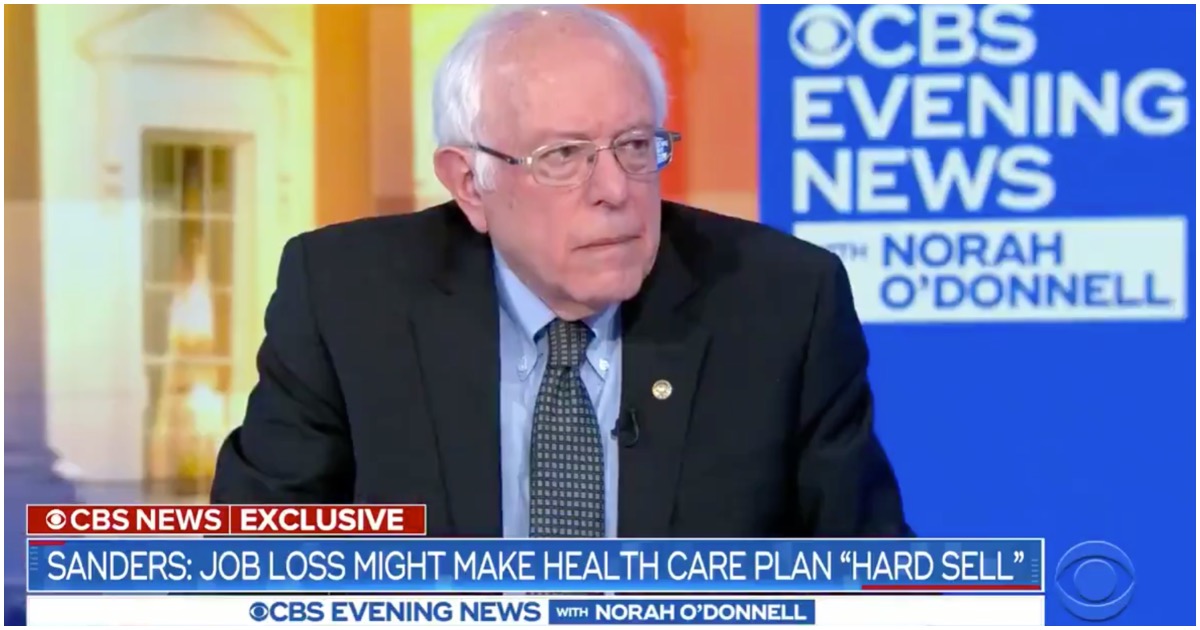 The following article, Bernie Admits On Live TV He Has No Clue How Much His Policy Plans Will Cost [Watch], was first published on Flag And Cross.

When you come out and say the American people will get this and that and the other thing and it’s all going to be free, well, you better know how much it’s going to cost – because nobody gets anything for free.

Why does a man in his 70s still not understand how economics work? Why does Bernie Sanders have a single supporter in this country? Thanks a lot, media – you continue to lead the blind off the cliff.

Check out this clip where Bernie admits he has no clue how much his policies will cost. Thankfully, though, the reporter pushes back.

CBS: "You don't know how much your plan costs?"

SANDERS: "You don't know. Nobody knows. This is impossible to predict."

CBS: "You're going to propose a plan to the American people and you're not going to tell them how much it costs?" pic.twitter.com/p1N2X4CLrw

During a speech in New Hampshire in November, Sanders told his fans how he plans to not only ruin their lives but the lives of every single person in America – legal or illegal.

The more Bernie talks, the more likely voters are to flock to President Trump.

At the end of the day, is a man who recently suffered a heart attack physically fit to deal with the rigors of being president of the United States on a day-to-day basis?

The answer should be obvious.

Bernie’s heart failing him is a lot like Hillary Clinton’s fainting spells back in 2016. Both instances showed the nation that neither far-left radical was prepared to handle the duties of office.

During a recent interview with a left-wing outlet, the embattled Democrat Socialist made it clear to those who weren’t yet aware: he is not a capitalist. Funny enough, though, Bernie says equally far-left radical 2020 candidate Elizabeth Warren is a capitalist.

Appearing on ABC’s This Week, Sanders said that Warren considers herself a “capitalist through her bones,” while he does not.

Warren has become the 2020 Democratic frontrunner while largely allying herself with Sanders on issues of health care and tax policy. Sanders, who has struggled to differentiate himself from Warren, said he is the only candidate who will take on systemic corruption.

Sanders opined, “I am, I believe, the only candidate who’s going to say to the ruling class of this country, the corporate elite, ‘enough, enough with your greed and with your corruption.'” We need real change in this country.”

Continue reading: Bernie Admits On Live TV He Has No Clue How Much His Policy Plans Will Cost [Watch] ...

Doubtful that old bernie has any idea of what anything costs; reportedly has never had a real job. And yet he is a multi-millionaire? Sure sounds like some insider trading?