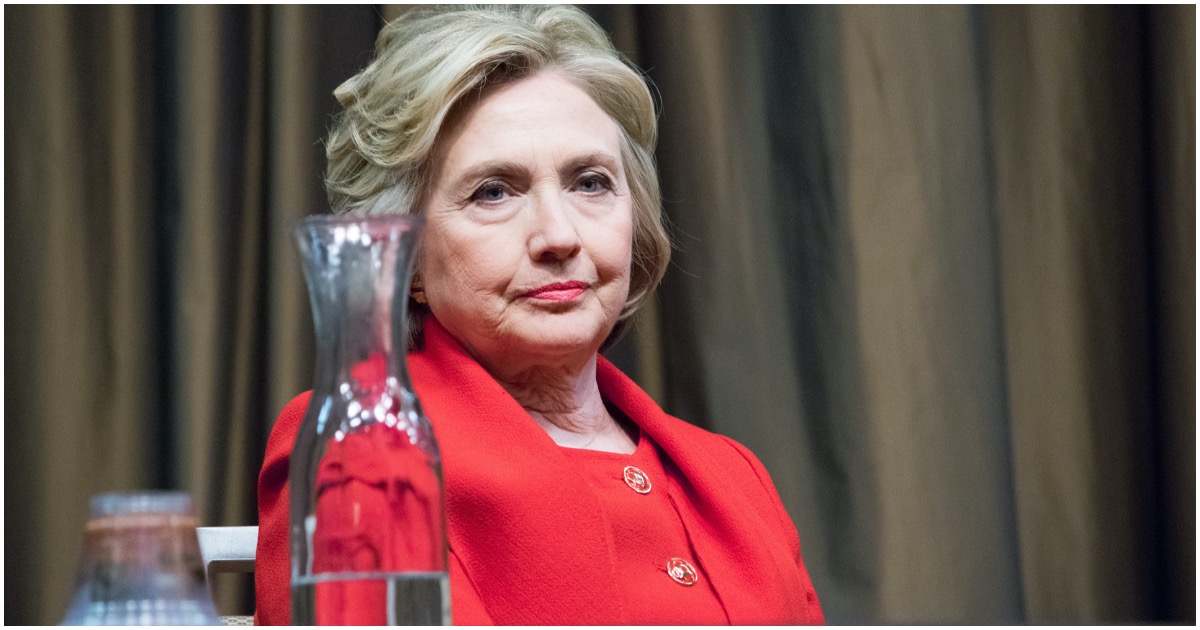 The following article, Hillary Clinton Says There Are Not Enough Democrats In the News Media, was first published on Flag And Cross.

Hillary Clinton, still absolutely not over her 2016 loss to Donald Trump in the presidential election, said something so insane on Thursday that even Democrats should question it. They won’t, of course. But they should. But they won’t.

According to the twice-failed presidential candidate, there aren’t enough Democrats in the mainstream media. Yeah, figure that one out. From Breitbart:

Hillary Clinton told the far-left Hollywood Reporter she doesn’t believe there are enough Democrats in the news media.

“How can the left combat Fox News?” she was asked by the sycophants at the Hollywood Reporter.

“It’s really a shame that all the people who support progressive politics and policies haven’t understood that that’s exactly the right question to ask. We do have some well-off people who support Democratic candidates, there’s no doubt about that, but they’ve never bought a TV station. They’ve never gobbled up radio stations. They’ve never created newspapers in local communities to put out propaganda. That’s all been done not just by Murdoch and Fox, but by Sinclair and by the Koch brothers and by so many others who have played a long game about how we really influence the thinking of Americans.”

If Clinton does enter the race for the White House (for a third time), does she beat Trump?

Would the Democrat Party once again rig the primaries in her favor to make her their nominee?

Would conservatives show up to the polls like never before to ensure Clinton never steps foot in the Oval Office, even if they may have soured on Trump? So many questions. Here’s the scoop…

Speculation is growing that Hillary Clinton will make a last-minute entry into the 2020 presidential race after reports published Tuesday said members of the Democratic establishment doubted any of the party’s current top candidates can beat President Trump next November.

Hillary basically said the 2020 Democrat candidate, whoever it winds up being, should openly ask for China’s help to defeat Trump (because that’s why she lost the 2016 election to Trump and Russia).

Continue reading: Hillary Clinton Says There Are Not Enough Democrats In the News Media ...

I’m sure that Hitler,Mao,Stalin, Franco, etc. had similar goals

Yeah, well hillary, there are a few on the Fox news & financial stations that are not dems, but so far haven’t seen any on the other networks that aren’t in the tank for the dems…..