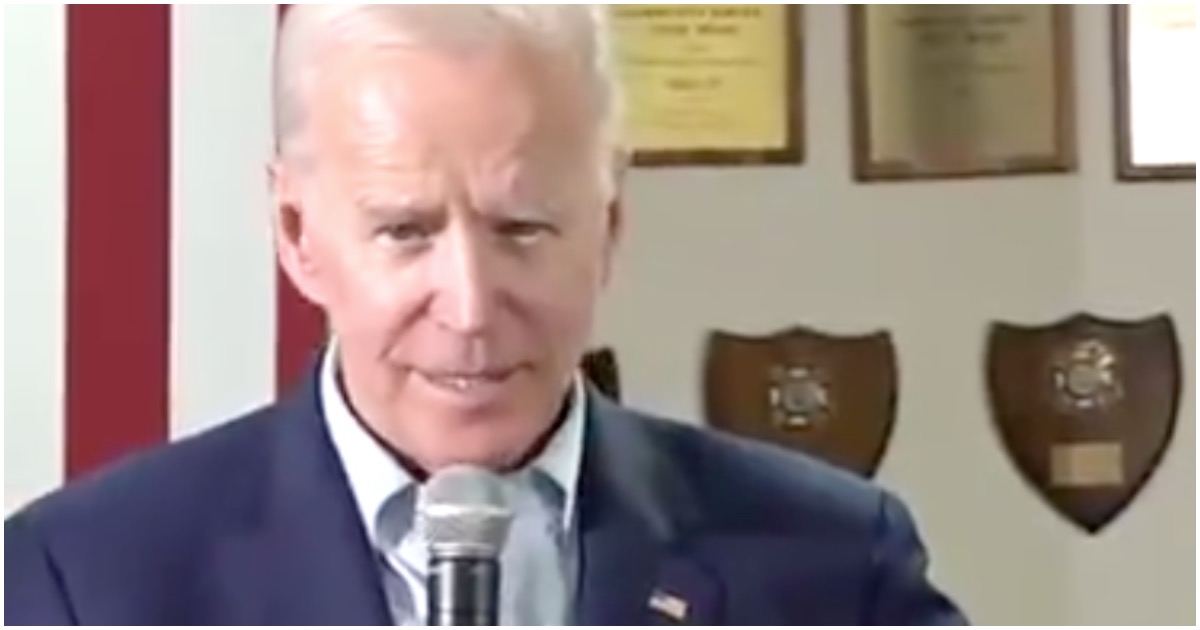 The following article, Biden Bursts Democrat Narrative, Says Impeaching Trump Will Make It Harder to Beat Him, was first published on Flag And Cross.

2020 Democrat presidential frontrunner Joe Biden sounds a lot like a Republican regarding the impeachment of President Trump. Sounds weird to say, but on this particular issue it is true. Check it out, via Daily Wire:

While speaking to an audience on the campaign trail, Biden falsely claimed numerous times that no one has accused his son, Hunter Biden, of any wrongdoing with regard to his role on the board of a Ukrainian gas company while Biden was vice president and was charged with dealing with U.S. interests in the corrupt country.

Asked if he or his son would consider testifying in Senate impeachment trial as part of any possible witness swap, Joe Biden says, "This is a constitutional issue. And we're not going to turn it into a farce, into some kind of political theater." https://t.co/UHjSh58OUn pic.twitter.com/vGXePBUQce

Is Biden making his family proud, while on the campaign trail? Is he speaking for everyday Democrats, with his constant shenanigans, gaffes, and foolhardiness?

Former Vice President Joe Biden claimed during a Sunday campaign event that “we’re all dead” if fossil fuels continue to be used as one of the world’s primary energy sources.

Biden made the apocalyptic pronouncement while discussing climate change before a crowd of supporters in Peterborough, New Hampshire.

The questioner started, “If we don’t stop using fossil fuels—”

Then, Biden cut him off. He interjected, “We’re all dead.”

.@JoeBiden on fossil fuel execs: “We should put them in jail” for pollution pic.twitter.com/OLqZMwi4E5

What more do Democrats need to know about Biden?

Are there any gaffes, racial or just plain ignorant, that he has yet to make? Has he ever done anything to benefit the United States during his decades in public service?

When is enough enough? Get over the hatred of Trump so America can finally move forward.