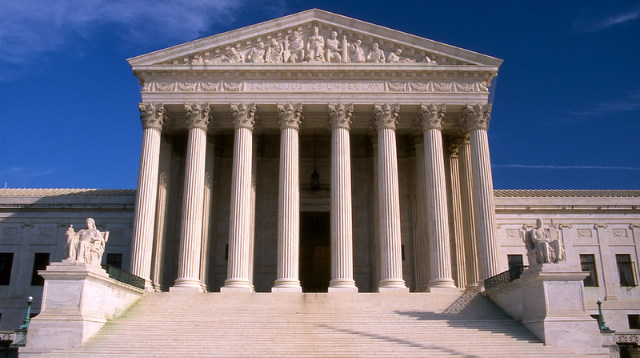 The following article, Supreme Court Says No To Fast-Tracking Obamacare Decision; Pushes It Back Until Election Is Over, was first published on Flag And Cross.

The Supreme Court has decided they will not take up a challenge to Obamacare, opting instead to wait until after the 2020 presidential election is over before making any kind of decision on the issue.

Part of the reason for the delay is that it removes pressure from Republicans and the current administration to cook up a backup proposal for the law.

The timeline removes the immediate threat that the whole law will be struck down, including its popular rules prohibiting insurers from turning away the sick, allowing President Trump to focus his attacks on Democratic proposals such as “Medicare for all.” It will also make it more difficult for Democrats to run on protecting Obamacare, a political strategy that has proved advantageous to them in the Trump era.

The case in question, Texas v. Azar, is the result of a lawsuit by Republican state officials who said that Obamacare must be struck down on the grounds that it lost a critical component when the 2017 GOP tax overhaul zeroed out its fine on the uninsured. Republicans, who had the support of the Trump administration, said the fine had been central to Obamacare and that the rest of its provisions would not work and should not stand without it.

Judge Reed O’Connor, who was appointed by President George W. Bush, agreed with the GOP states, but the case was appealed to the 5th Circuit Court of Appeals. On Dec. 18, the appellate judges ruled 2-1 that the health insurance mandate was unconstitutional but that the rest of the law needed further analysis by the lower courts to see whether some parts could be separated out and others could not.

Liberal states that are defending Obamacare had urged the Supreme Court to take up the case this term, saying that leaving it undecided left too much uncertainty for patients and healthcare providers. Several medical and consumer groups, including AARP and the American Diabetes Association, agreed.

But the Trump administration and Republican state officials who want to see all of Obamacare thrown out by the Supreme Court said they wanted the justices to wait until the lower courts finish litigating on the case. It’s unusual for the Supreme Court to take up cases before they move through lower courts.

The best solution to Obamacare is one that involves more of the free market system, which means getting rid of restrictions that prevent people from buying insurance coverage across state lines, decreasing competition.

Increasing that competition will naturally drive the prices down over time, which means people will have greater access to health care at more affordable prices. This seems like a clear win-win, but since this solution decreases the power of the federal government, they aren’t exactly big fans of it.

Continue reading: Supreme Court Says No To Fast-Tracking Obamacare Decision; Pushes It Back Until Election Is Over ...