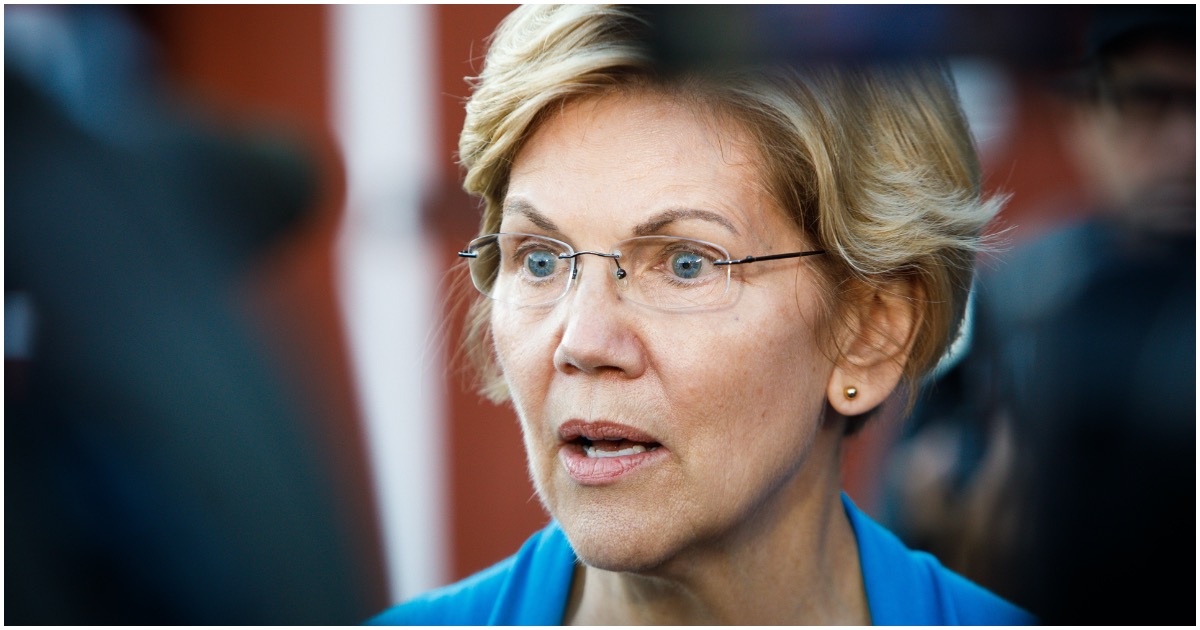 The following article, Elizabeth Warren Makes It Clear: My Cabinet Will Be At Least 50% Female (Details), was first published on Flag And Cross.

Massachusetts Senator Elizabeth Warren (D) has made it clear that she needs to be sexist in order to push herself over the top in 2020. And the sad part is that many uninformed Americans will go along with it. Here’s what’s up, via Daily Wire:

If Sen. Elizabeth Warren (D-MA) wins the presidency in November, she has promised to appoint a cabinet that is at least half female in an obvious effort to rally the feminists to her cause.

In a lengthy Medium post in which she laid out her plan on “Restoring Our Government After Trump,” Elizabeth Warren made a number of proposals as to whom she will appoint to serve in the Executive Branch. After promising to ensure her picks best represent the people in both economics and influence, she then promised to ensure her cabinet will be one of inclusion consisting of at least 50% women.

Warren noted, “Our government officials can best serve the American public when they reflect the diversity of the country itself. The federal government does a dismal job on diversity and inclusion. The share of Latinas in the federal workforce is about half that of the entire workforce.”

Billionaire Mark Cuban says Elizabeth is going after the rich so hard in order to distract from her own wealth. Warren is reportedly worth $10 – $12 million.

He might have a point. The latest ill-advised idea out of Warren’s camp deals with billionaires, but there’s a twist.

The $25 mug, which Warren’s presidential campaign introduced Wednesday, is sold through Shopify, a Canadian e-commerce company whose founder and CEO, Tobias Lütke, is worth an estimated $2.8 billion.

Here’s a photo of the mug… 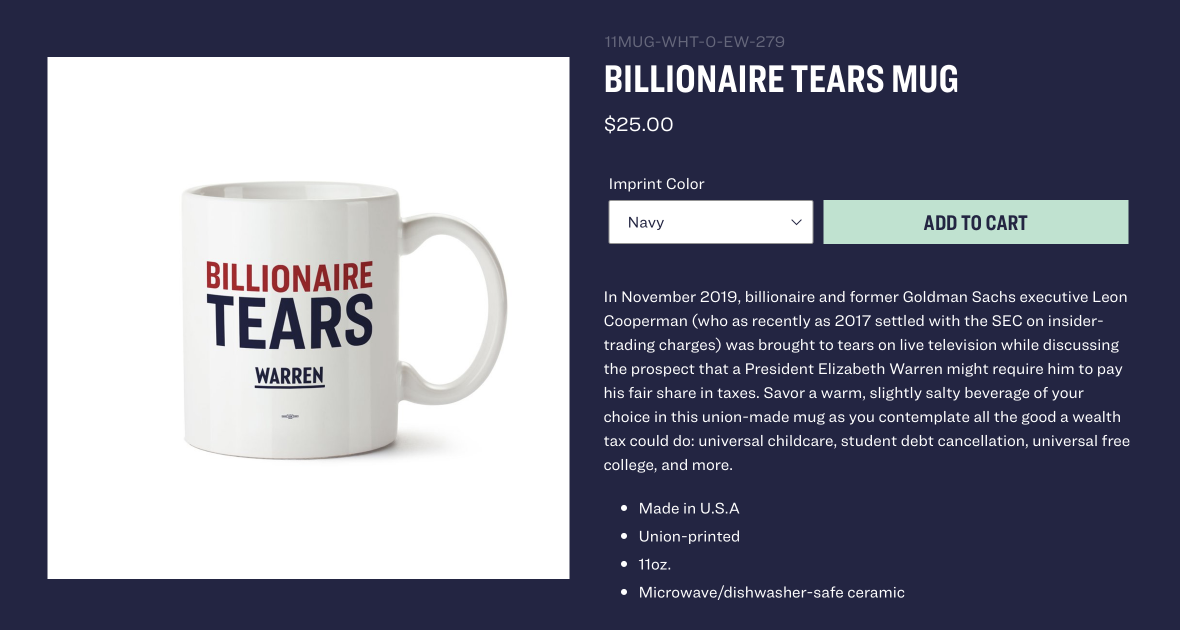 Warren’s DNA test didn’t go as planned. She probably figured it would definitively state she was Native American. It didn’t, though.

At best, Warren, whom President Trump refers to as “Pocahontas,” is 1/1024th Indian. Of course, that didn’t stop Warren from claiming Indian on her state bar exam.

Warren is blaming her own family.

Man in audience asks, “How do you respond to people who think that, regardless of the underlying facts, the way you handled the question of your Native American heritage was tone deaf and indicative of a lack of presidential tact?”

Warren said, “Well, ya know, I grew up in Oklahoma. I learned about my family from my family. And, um, based on that, that’s just kind of who I am, and I do the best I can with it.”

Voter asks Warren about the "lack of presidential tact" in her handling of the Native American issue.

Warren: "What I've discovered is that people care a lot about what's happening to their lives every single day and what touches them like housing and education and health care." pic.twitter.com/sCLiypR4UK

Warren said she never used her Native American background to get ahead in life.

Continue reading: Elizabeth Warren Makes It Clear: My Cabinet Will Be At Least 50% Female (Details) ...