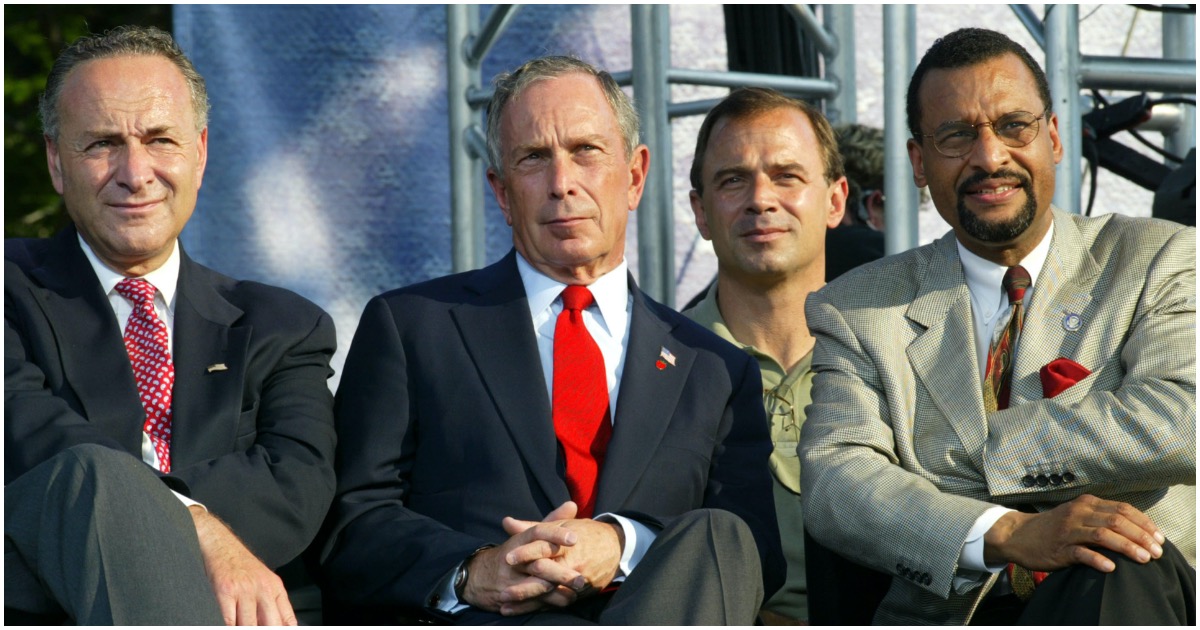 The following article, Bloomberg Critical of Man Who Saved Lives In Church Shooting, Says He Shouldn’t Have Had Gun, was first published on Flag And Cross.

The thing about Democrats, especially when they are running for office, is that even they know they are wrong on the vast majority of issues. And yet, still, they chug along as if everyone in the country agrees with what they have to say. Thanks, MSM.

For example, 2020 hopeful Michael Bloomberg is now critical of the man who potentially saved a number of lives during a shooting at a church in Texas. The reason? The good guy had a gun. Bloomberg thinks that that is a bad thing!

He said, “It may be true that someone in the congregation had his own gun and killed the person who murdered two other people, but it’s the job of law enforcement to have guns and to decide when to shoot. You just do not want the average citizen carrying a gun in a crowded place.”

Bloomberg addressed the December shooting at West Freeway Church of Christ during an address in Montgomery, Ala., on Jan. 1 as he focuses his attention on states set to vote later in the primary schedule.

Wilson, 71, is an armed volunteer security guard and former firearms instructor who stopped the Dec. 29 shooting in Tarrant County, Texas, when he returned fire just seconds after a gunman opened fire during communion. Two people, including the gunman, were killed in the shooting, and one other was injured.

Now Mini Mike Bloomberg is critical of Jack Wilson, who saved perhaps hundreds of people in a Church because he was carrying a gun, and knew how to use it. Jack quickly killed the shooter, who was beginning a rampage. Mini is against the 2nd A. His ads are Fake, just like him!

If, by some unbelievably absurd chance Bloomberg does manage to step foot in the White House, he has some plans for the East Room. This is what happens when a campaign runs out of ideas to defeat Trump…

As president, I'll turn the East Room into an open office plan, where I’ll sit with our team.

I’ll use the Oval Office for some official functions – never for tweeting – but the rest of the time, I’ll be where a leader should be: with the team. https://t.co/zIU3ZL5uIv pic.twitter.com/jLwWKJCmxw

A cubicle farm AND micromanagement. What an inspiring combination! https://t.co/MtPiqHrmQZ

— i bless the rains down in castamere (@Chinchillazllla) December 30, 2019

I agree, force all government employees to suffer as the private sector has suffered https://t.co/hJV3kNgacK

I would say "no disrespect intended," but not sure it'd be believable, because this is one of the dumbest things I've ever seen. https://t.co/pnkKupvWZy

It's no wonder that the guy can barely crack 4% while running 200 mill+ in ads.

It's funny to me that Bloomberg is doing this "open office" suggestion.
Shitty managers *love* open offices b/c it lets them keep an eye on their employees without having to actually know or interact with any of them.
It's a power thing.

Nobody cares about your office floor plan. This is the kind of stuff you post when you don't have any real ideas to sell people on. https://t.co/EwIvSrnLS0

Continue reading: Bloomberg Critical of Man Who Saved Lives In Church Shooting, Says He Shouldn’t Have Had Gun ...

And where do these people like bloomberg come from with their weird ideas; and how stupid to be making such comments. Obviously he must mean he would rather the bad guy with his gun should have been allowed to continue killing innocents rather than the good guy having a gun and stopping the bad guy….

Mike does not need to carry a gun, he hires people to do it for him.