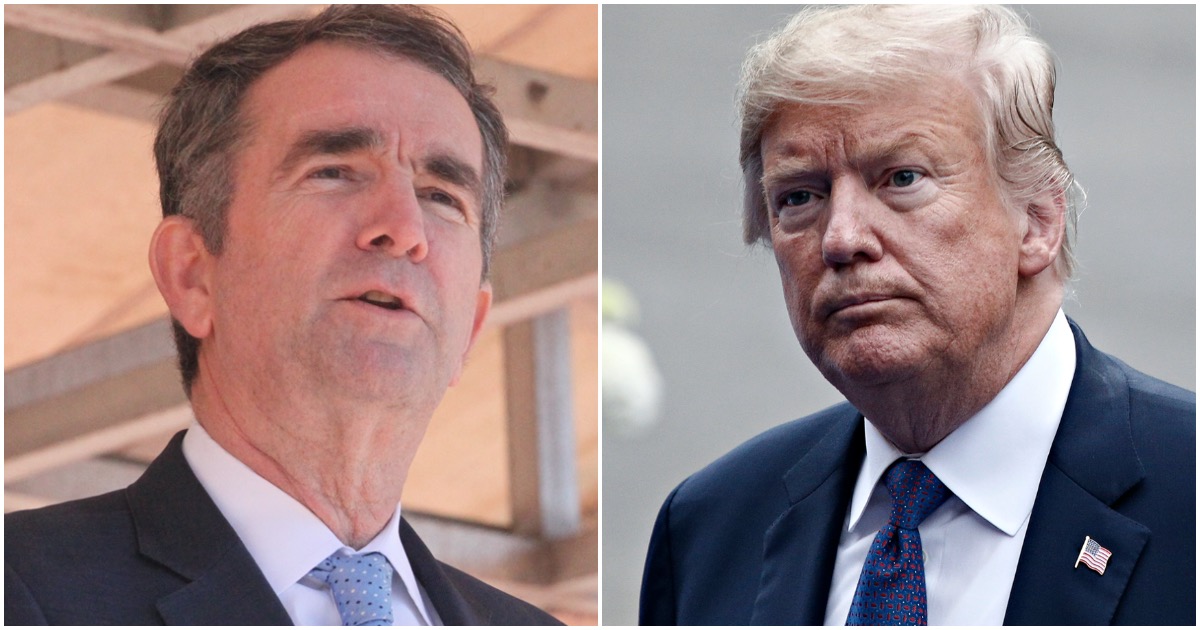 The following article, Trump Says Virginia Dems ‘Will Take Your Guns Away,’ Thanks Them for GOP Victory In 2020, was first published on Flag And Cross.

Elections have consequences. Republicans in Virginia know it all too well. After Democrats secured both state chambers of Congress last November, they almost immediately said they were coming for the guns.

Heck, even far-left Governor Ralph Northam, ol’ blackface himself, was giddy just thinking about it. However, liberals have seen tremendous pushback – as you might expect. On Thursday, President Trump virtually sent liberal Virginians a warning.

President Donald Trump took to Twitter on Friday to raise awareness about the extreme anti-freedom proposals that Virginia Democrats are pushing in their state, which have included the possibility of gun confiscation.

Your 2nd Amendment is under very serious attack in the Great Commonwealth of Virginia. That’s what happens when you vote for Democrats, they will take your guns away. Republicans will win Virginia in 2020. Thank you Dems!

Trump’s tweet comes as an uprising to the Democrats’ anti-Second Amendment agenda has swelled across the state as the majority of cities, towns, and counties have declared themselves to be sanctuaries from the proposed unconstitutional restrictions on the Second Amendment.

A local Virginia firearm store says that the sale of guns, magazines, and ammunition have gone up by a whopping 200 percent.

Along with that, the store owner says more customers are now paying with cash than ever before.

“This is the largest Christmas and November, December that we’ve had, basically, since Trump has come on board. The only other person that was a better salesman right now is when we had President Obama,” said Jerry Rapp, owner of SpecDive Tactical, in Alexandria, comparing the administrations of President Trump and his White House predecessor, Barack Obama.

“Every time [Obama] turned around he was going to ban something or make something illegal. But even that isn’t even close to the amount of sales we’re selling right now of magazines, of guns, of every kind of gun from pistol, rifle, shotguns, to AR platforms” and ammunition, Rapp told the Washington Examiner. “We can’t keep it in stock.”

So why are folks in Virginia paying with cash more now than ever?

That likely has something to do with Virginia freshman Democratic Rep. Jennifer Wexton. Wexton has suggested legislation in Congress that uses credit card to track gun purchases.

The bill isn’t likely to pass Capitol Hill, but the news about her ideas made it back to her home state and it seems folks are responding accordingly.

Along with Wexton’s legislation, Rapp stated that people are growing increasingly concerned about privacy issues, another reason for the uptick in cash sales.

Continue reading: Trump Says Virginia Dems ‘Will Take Your Guns Away,’ Thanks Them for GOP Victory In 2020 ...

Wondering if the voters in Virginia are having any second thoughts now, or are these anti-American acts which violate the U.S. Constitution okay with those that voted all those dems into office…..