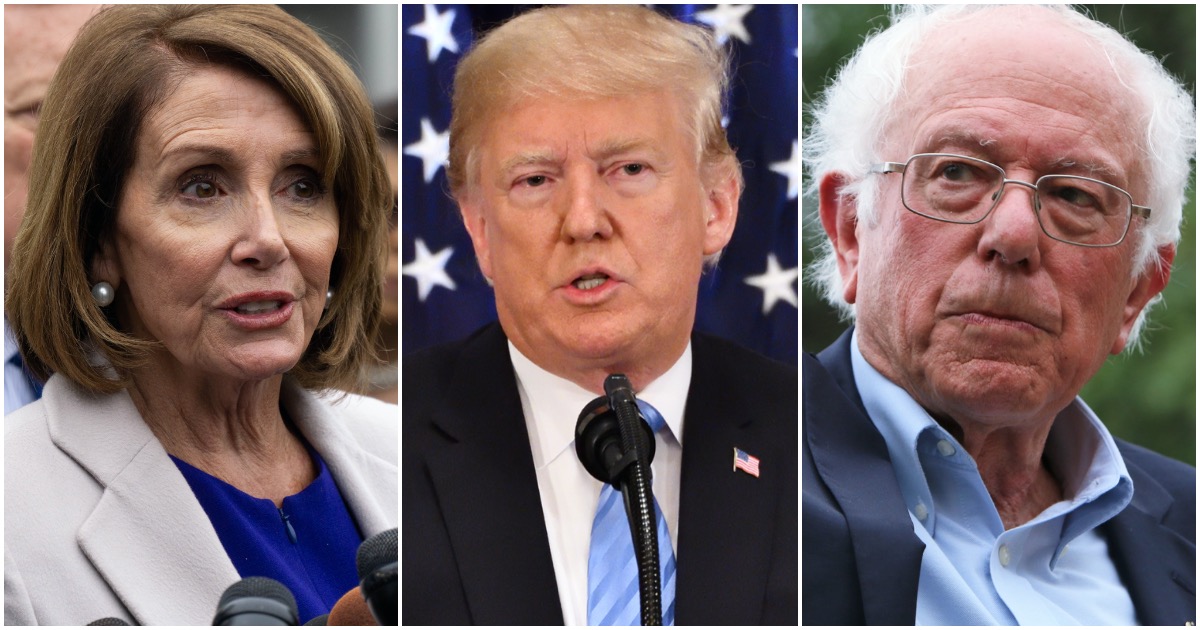 The following article, Trump: Pelosi Giving Biden Edge, Rigging Election Against Bernie Who Has to Be In DC Over Iowa for Impeachment, was first published on Flag And Cross.

President Trump has figured out the reason why Nancy Pelosi delated sending the articles of impeachment to the Senate for so long. By holding back, she’ll be forcing 2020 candidate Bernie Sanders to be in Washington DC instead of Iowa. Therefore, Joe Biden will be able to do his thing while Bernie is cooped up

Fair or not, this is what POTUS believes. Does he have a point? After all, why didn’t Nancy send the articles ASAP? Doesn’t make a whole lot of sense on her part.

They are rigging the election again against Bernie Sanders, just like last time, only even more obviously. They are bringing him out of so important Iowa in order that, as a Senator, he sit through the Impeachment Hoax Trial. Crazy Nancy thereby gives the strong edge to Sleepy…

….Joe Biden, and Bernie is shut out again. Very unfair, but that’s the way the Democrats play the game. Anyway, it’s a lot of fun to watch!

Bernie would rather be in Iowa than DC, from Daily Mail:

Democratic hopeful Bernie Sanders said he’d rather be on the campaign trail than stuck in Washington D.C. for Donald Trump’s impeachment trial that could stretch on for weeks.

The Vermont senator said Thursday he was worried about losing valuable time in his campaign as the Senate gathered for a ceremonial session to mark the start of the president’s impeachment trial.

Despite being impeached by the Democrat-controlled House of Representatives, Pelosi (CA) has invited Trump to address the nation on the State of the Union next February.

This move came as a bit of a surprise.

NEWS: @SpeakerPelosi has invited President Trump to deliver the State of the Union address on Tuesday, February 4, 2020. https://t.co/y1mScQSuyg pic.twitter.com/graf3ayhHQ

WH’s Hogan Gidley: President Donald J. Trump has accepted the Speaker’s invitation to deliver the State of the Union Address on February 4, 2020.

WH's Hogan Gidley: President Donald J. Trump has accepted the Speaker’s invitation to deliver the State of the Union Address on February 4, 2020.

Continue reading: Trump: Pelosi Giving Biden Edge, Rigging Election Against Bernie Who Has to Be In DC Over Iowa for Impeachment ...

Well, they got away with rigging their “primary” in 2016, so why wouldn’t they do it again? Just wondering…..