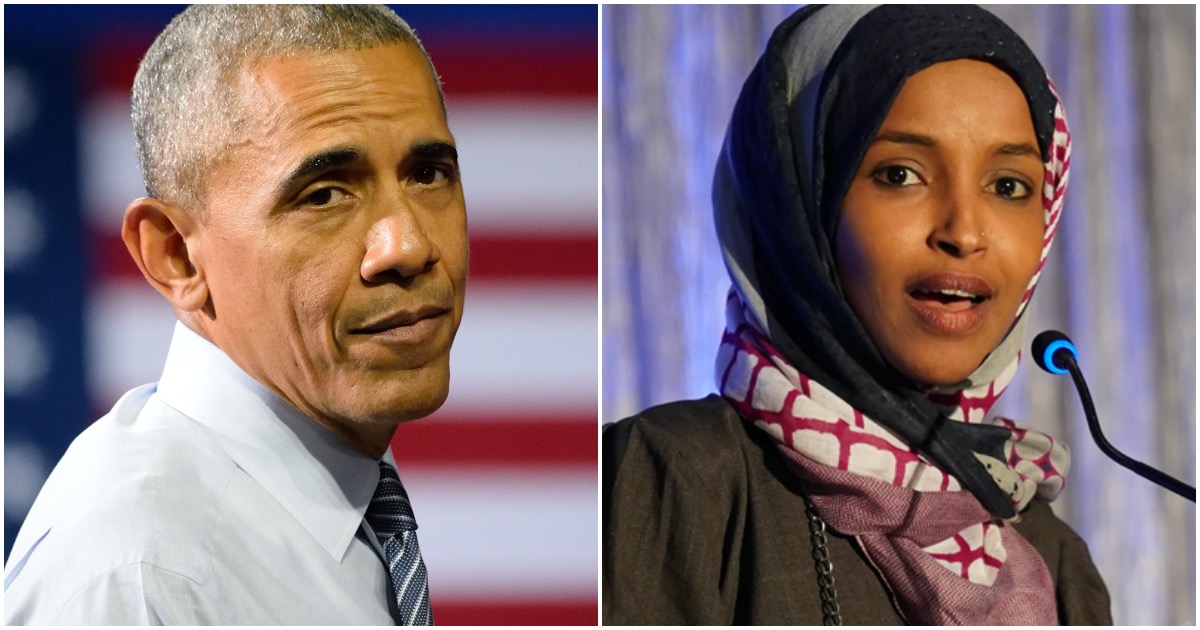 Rookie lawmaker Ilhan Omar (D-MN) has enough problems of her own to be worrying about. After all, the FBI, ICE, and another federal agency are looking into potential crimes she may have committed, including student loan fraud and immigration fraud. Omar doesn’t need to tweet silly stuff like this, for reasons that will be made abundantly clear in about 30 seconds.

A Trump associate said Trump “knew exactly what was going on.”

Ukraine is investigating whether he surveilled his own Ambassador.

Any other president would have resigned by now.

Donald Trump and all who have been implicated must step down.

Here’s why Omar’s tweet is nonsensical, via Hot Air:

In the summer of 2019, the Office of Management and Budget (OMB) withheld from obligation funds appropriated to the Department of Defense (DOD) for security assistance to Ukraine. In order to withhold the funds, OMB issued a series of nine apportionment schedules with footnotes that made all unobligated balances unavailable for obligation.

Faithful execution of the law does not permit the President to substitute his own policy priorities for those that Congress has enacted into law. OMB withheld funds for a policy reason, which is not permitted under the Impoundment Control Act (ICA). The withholding was not a programmatic delay. Therefore, we conclude that OMB violated the ICA.

Read the whole report, however, and one finds the glaring issue with this conclusion, which is that the administration didn’t have an obligation to release the funds on any specific date in the fiscal year. All they needed to do was to make sure the money got spent by the last day of the budget cycle.

Also, did Omar know that the Obama administration was called out SEVEN TIMES by the GAO?

Where were calls for Barack to step down?

Nevertheless, if a mere GAO finding is sufficient to justify impeachment, then President Barack Obama ought to have been impeached at least seven times over for each of the following cases in which the GAO found that the Obama administration had violated federal law.

Back to the drawing board, Ilhan.

Aw, merely more of the liberal/dem typical acts, always blame the opposition for what you yourself are doing.