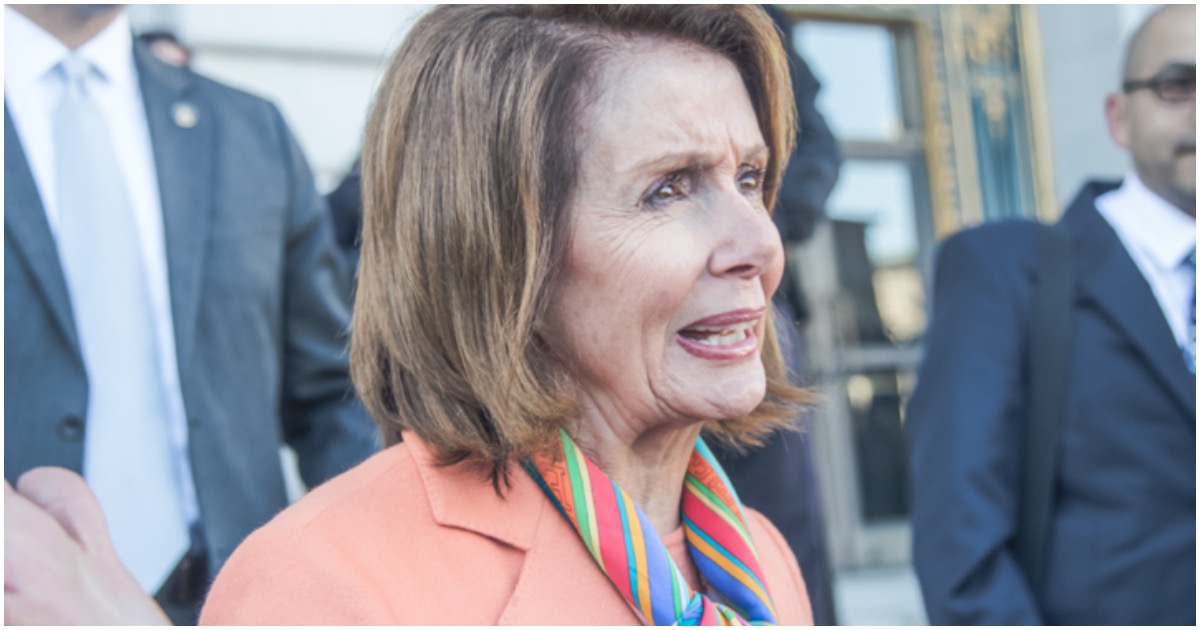 You’re probably reading that headline and going nah, that can’t be right. Congressional Democrats aren’t that ridiculous! Well, if that’s what you thought then you’d be wrong. Dead wrong. Here’s what’s up, via Daily Caller:

Democrats in the House of Representatives blocked a vote Tuesday to support the protesters in Iran who are demonstrating against the regime.

Consideration and a vote on House Minority Leader Kevin McCarthy’s resolution was blocked because Democrats advanced the previous question, by a vote of 226-191. The resolution would have condemned the Government of Iran for killing 1,500 Iranian citizens who were protesting their government, as well as condemned the Government of Iran for shooting down Ukraine International Airlines Flight 752, killing 176 people.

What a disappointment —Democrats just blocked a vote on a resolution supporting the Iranian protestors.

This is not the time for partisan politics. This should be a time for the US Congress to speak with one voice to condemn an Iranian regime that kills its own people.

Pelosi (D-CA) has not lived up to her title as a leader. She proved that again, just the other day.

Instead of answering a phone call from Vice President Mike Pence regarding Iranian missile attacks on American troops, Nancy decided to consciously blow him off.

She shouldn’t have done that and she knows it. But she’ll claim it’s because she had other responsibilities. Did she? Maybe. But probably not.

At the end of the day, when the man one heartbeat away from the presidency calls, you answer.

It’s pretty much that simple.

In meeting tonight Speaker Pelosi was handed a note telling her VP Pence was on the phone.

“Tell him I’ll call him back,” she said according to sources in room, noting she had to go open the House for new session.

Two minutes later, she was handed note about air base bombing.

Speaker Pelosi doesn't like it when the administration doesn't give her foreign policy updates. So VP Pence calls with word of Iran missile attack. 'Tell him I'll call him back,' Pelosi says. From @danielchaitin7 https://t.co/OpXQ88xIeg

During a meeting tonight, House Speaker Pelosi was discussing the situation in Iran with members when she was handed a note with news of the attack on US forces in Iraq, lawmakers who attended the meeting said.

Closely monitoring the situation following bombings targeting U.S. troops in Iraq. We must ensure the safety of our servicemembers, including ending needless provocations from the Administration and demanding that Iran cease its violence. America & world cannot afford war.

And we are to be surprised by the democrats in the house being on the side of the terrorist leaders of terrorist countries? Nah, nothing new here. Time to take America back from the socialists/dems that are working so hard to destroy the America we grew up in by voting republican in November.

Are the democrats now a part of the Iranian regime!!! Sure as hell, looks like it. GITMO for all of them!!

If the actions of the murderous Iranians are not condemned confirms your assessment.

Why would Democrats condemn acts that they encourage and endorse. Democrats do love, support, abet and defend their outlaws.