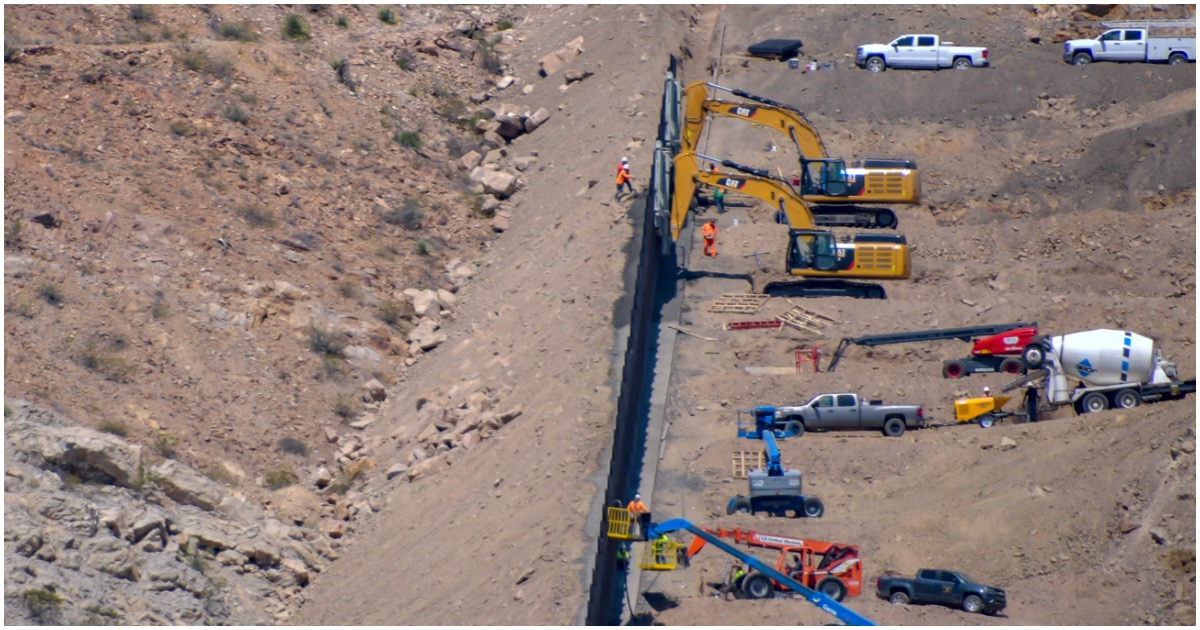 The following article, Trump Admin to Divert $7 Billion From Pentagon to Build 900 More Miles of Border Wall, was first published on Flag And Cross.

President Trump made so many promises to the American people back when he was a candidate that even many Republicans thought he wouldn’t accomplish most of it. But he’s proving everyone wrong. He was the right man at the right time for the office. Period. Check out what’s going on with one of Trump’s biggest promises, via Daily Wire:

The Trump administration is reportedly preparing to divert more than $7 billion in funds from the Pentagon to build an additional nearly 900 miles of border wall along the southern border.

Internal planning figures obtained by The Washington Post allegedly showed that the administration is planning to divert $7.2 billion to construction of the border wall.

What is it with certain Americans who put people from other nations before Americans? Does that make any sense, whatsoever?

Shouldn’t these other countries work to improve their own situations so they don’t have to risk losing people day after day?

Shouldn’t liberal judges abide by the United States Constitution before going out on their own?

A federal judge has blocked President Trump from diverting Pentagon funds from various military projects toward building a wall on the United States’s southern border.

Judge David Briones of the U.S. District Court for the Western District of Texas issued the block in response to a lawsuit by El Paso County, Texas, and the Border Network for Human Rights.

Yes, build that wall and make it too high for the criminals to climb over. After all, our military is to protect America from our enemies and many of them sneak across our border and using part of the military budget for this purpose is aligned with that agenda.