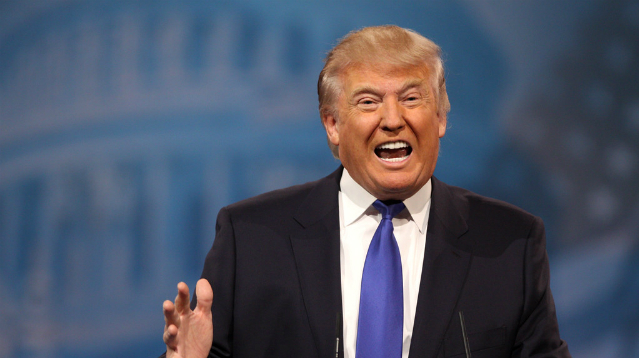 President Trump is not at all afraid to let the world know what he really thinks, especially of those who have crossed him during his time in the Oval Office. Who can blame him? He’s been the target of constant attacks by liberal politicians and the leftist media ever since he announced he was running for office.

Things have only escalated during his time as president. But unlike other leaders we’ve had, he’s not afraid to swing back at those who have opposed him. It’s a bit entertaining to watch, but it also serves the purpose of giving disenfranchised Americans a voice, someone finally fighting for them and their values.

Trump recently set the Internet ablaze by retweeting a picture of House Speaker Nancy Pelosi and Sen. Chuck Schumer completely decked out in Islamic garb while posing with an Iranian flag.

President Trump shared a picture on his Twitter of Speaker of the House Nancy Pelosi and Sen. Chuck Schumer in traditional Islamic garb standing in front of the Iranian flag.

“The corrupted Dems trying their best to come to the Ayatollah’s rescue,” said the post that Trump retweeted Monday. The picture had the caption, “Democrats 2020.” 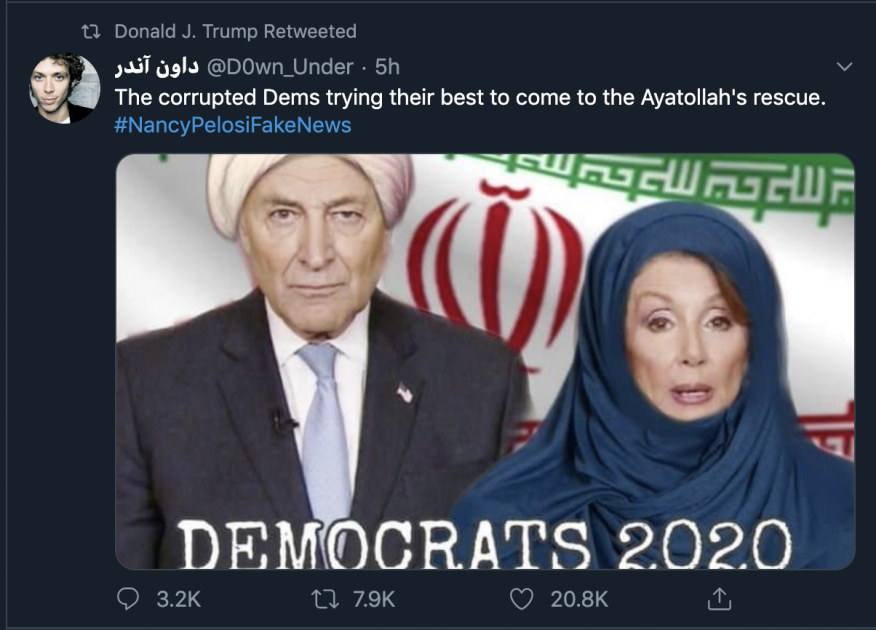 Pelosi has been critical of Trump’s actions in Iran. Last week, she blamed him for Iran hitting U.S. military sites with missile attacks. “We must ensure the safety of our servicemembers, including ending needless provocations from the Administration and demanding that Iran cease its violence. America & world cannot afford war,” she tweeted.

Pelosi was criticized Monday on social media with the trending hashtag “#NancyPelosiFakeNews.”

Say what you will, but President Trump is nothing if not one heck of a Twitter warrior. The man certainly knows how to stir people up, which is something the left has needed to have done to them for a long, long time.