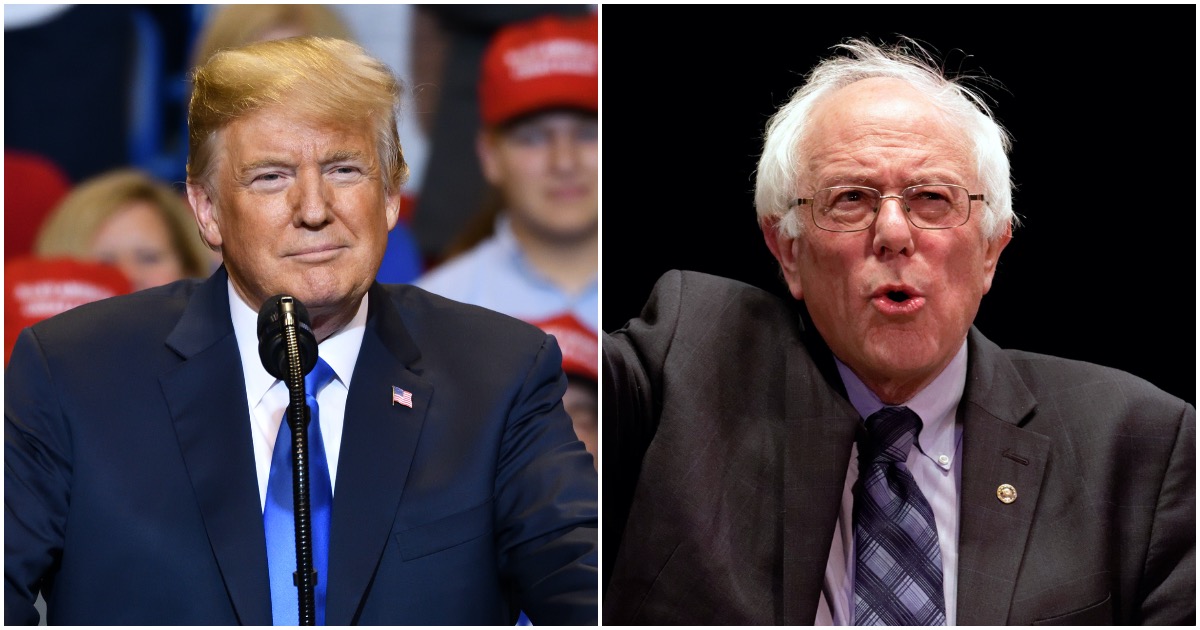 The following article, Bernie Sanders ‘Bombshell’ Said to Drop This Week – ‘Something Very Big Is Going to Happen’, was first published on Flag And Cross.

Deceased Iranian terrorist Qasem Soleimani might not be the only person in the world to have a bomb dropped on his head in the first month of the new decade. It looks like 2020 Democrat Socialist presidential candidate Bernie Sanders might feel the heat himself, soon enough. Both President Trump and Project Veritas’s James O’Keefe sent Twitter zingers on Sunday evening, and they have the Vermont senator directly in their crosshairs. From Daily Wire:

President Donald Trump and journalist James O’Keefe hinted on Sunday that something big is about to drop on Democratic presidential candidate Bernie Sanders as the 78-year-old socialist has surged in recent polls.

Wow! Crazy Bernie Sanders is surging in the polls, looking very good against his opponents in the Do Nothing Party. So what does this all mean? Stay tuned!

Stay tuned everyone. Something very big is going to happen.

In a recent interview with Politico, Jim Messina, Barack Obama’s 2012 campaign manager, warned Democrats that if Sanders is the Democratic nominee that Democrats will struggle across the board in national elections.

During a speech in New Hampshire, Sanders told his fans how he plans to not only ruin their lives but the lives of every single person in America – legal or illegal.

The more Bernie talks, the more likely voters are to flock to President Trump next November.

At the end of the day, is a man who recently suffered a heart attack physically fit to deal with the rigors of being president of the United States on a day-to-day basis? The answer should be obvious.

Bernie’s heart failing him is a lot like Hillary Clinton’s fainting spells back in 2016. Both instances showed the nation that neither far-left radical was prepared to handle the duties of office.

During a recent interview with a left-wing outlet, the embattled Democrat Socialist made it clear to those who weren’t yet aware: he is not a capitalist.

Appearing on ABC’s This Week, Sanders said that Warren considers herself a “capitalist through her bones,” while he does not.

Warren has become the 2020 Democratic frontrunner while largely allying herself with Sanders on issues of health care and tax policy. Sanders, who has struggled to differentiate himself from Warren, said he is the only candidate who will take on systemic corruption.

Sanders said, “I am, I believe, the only candidate who’s going to say to the ruling class of this country, the corporate elite, ‘enough, enough with your greed and with your corruption.'” We need real change in this country.”

It physically hurts to read this tweet from Bernie Sanders.

But you have to see it.

Maybe I’m old fashioned. But I believe we should have a president who believes in the United States Constitution.

Maybe I'm old fashioned. But I believe we should have a president who believes in the United States Constitution.

That’s rich coming from a man who literally wants to tear America apart.

Ms warren a capitalist? Well, appears she is for capitalism to enrich herself but wants socialism for others. And we all know that “socialism is okay until they run out of other people’s money”. Then we either become Venezuela or Cuba.

If Bernie says he believes in the United States Constitution, my question is, why does he believe socialism is the answer to our country’s problems? Our forefathers tried socialism and rejected it because too many people did not contribute under that system and lived off what others produced.