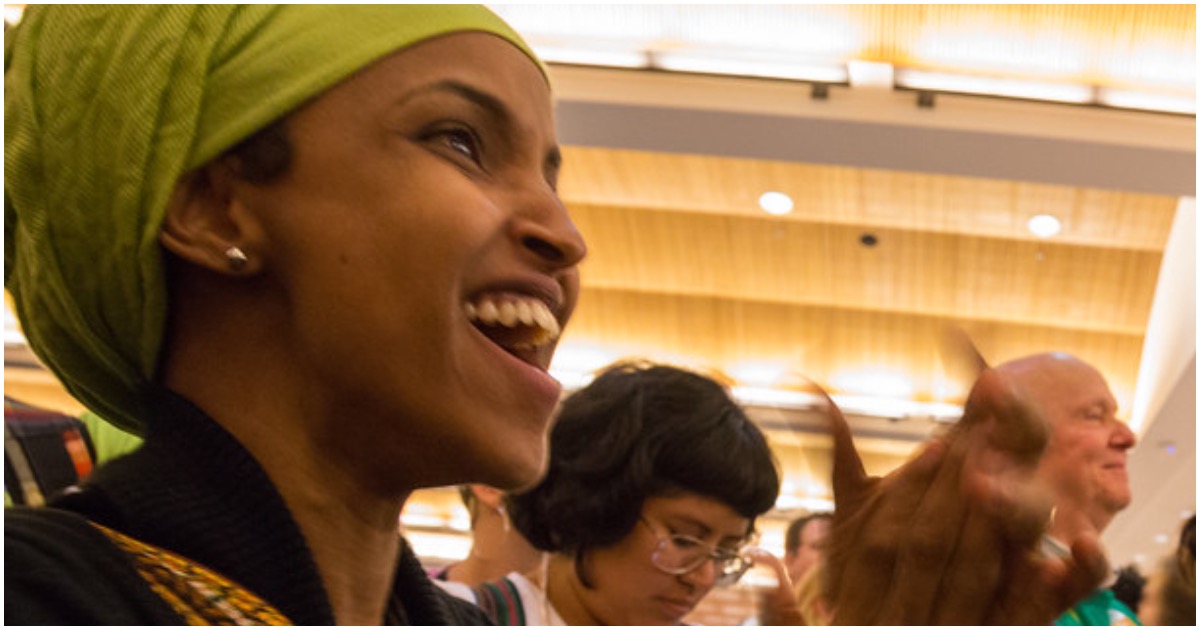 The following article, Ihan Omar Retweets Post Shaming Anti-Iranian Journalist, She Fires Back With 10-Post Tirade, was first published on Flag And Cross.

Rep. Ilhan Omar (MN) tries really hard to convince the uninformed that she is pro-American. The problem is that those people believe she has America’s best interests at heart. Look at the facts, people. She doesn’t.

On Monday, Rep. Ilhan Omar (D-MN) promoted an article attempting to smear famed journalist Masih Alinejad, an outspoken opponent of the theocratic and despotic Iranian regime. That prompted a withering ten-tweet blast from Alinejad, who pointed out Omar’s silence while others were suffering at the hands of the Iranian regime.

Masih Alinejad is receiving death threats. Rape threats. Her brother's being held hostage by the IRGC.

Is it suspicious to work for VOA? Negar Mortazavi (the Rania Khalek for Iran) who you support worked for VOA.

How could you ever explain this tweet, Ilhan? My heart's crying pic.twitter.com/jfgjW4zici

This piece is a defamatory hit job against @AlinejadMasih, a journalist who is already facing death and rape threats and whose brother has been taken hostage by the IRI to silence her. Why is a member of U.S. Congress — a female member at that — endorsing it?

1-Earlier this week, Rep Ilhan Omar shared a defamatory article about me on social media by a Koch-Brothers funded “think tank” co-founded by a known sympathizer of the Iranian regime.

Here's my response to @IlhanMN pic.twitter.com/t7iiEgJvAx

2-Ilhan Omar, when my innocent brother was recently taken hostage by the regime, solely due to my advocacy of civil rights for Iran, I reached out to you, expecting solidarity from you. However, you were silent. You gave no reaction.

3- When women like Saba Kordafshari, Yasaman Aryani, Monireh Arabshahi and Mojgan Keshavarz were arrested for protesting against compulsory hijab in Iran and were sentenced to a total of 95 years in prison, you were silent.

4-When my 70-year-old mother was interrogated for my activities by the Revolutionary Guards, I asked for your help, but you were silent yet again.

You're silent even now as 176 people have been killed onboard a Ukraine Airlines plane under suspicious circumstances in Iran.

5- After months of silence, you instead chose to amplify a smear campaign against me, a fellow woman of color. Your only comments to all these human rights abuses is to repeat Islamic Republic propaganda against me.

6- As a journalist, I am an independent contractor for a number of media outlets, including the Persian-language service of Voice of America, which was created to counter the propaganda of authoritarian adversaries like the Soviet Union.

7-This was evident to all who know my work, including millions of voiceless Iranians. Is this what you’re bullying me for?

By bullying a freelance journalist like me, you are empowering the Revolutionary Guards to put more pressure on my family.

8-Those of us who hail from countries ruled by tyrants are capable of denouncing both the cruel policies of Trump & dictators in our native lands. I've openly condemned Trump’s travel ban—which separated me from my son in the UK—and his threats of attacking cultural sites in Iran

9- I’ve also condemned the Islamic Republic's ban on Iranian dissidents that prevented people like me from going home. I have loudly protested a potential war against Iran years before you entered the Congress.

10-Yet, when I divulge the repression of the Islamic Republic, attacks against me proliferate by the regime & their supporters in the West. I'd have never imagined that one day a member of Congress, a fellow woman of colour, would join with my oppressors in trying to defame me

She is trying to replicate her home country cause it was so great! Dont know why she doesn’t return and leave this horrible place!!