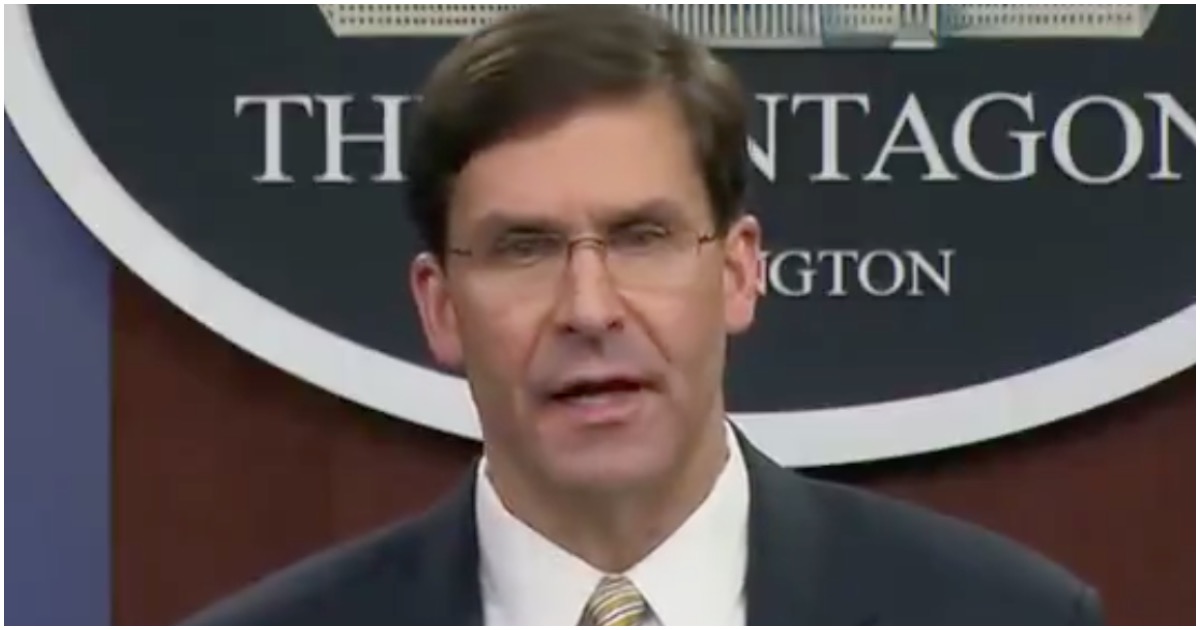 The following article, Defense Secretary: U.S. ‘Not Seeking A War With Iran, But We Are Prepared to Finish One’, was first published on Flag And Cross.

What is Iran thinking – or any country for that matter – when it comes to going to war with the United States of America? Do they not know how much we spend annually to have the best military on earth? Have they forgotten that Donald Trump is in office and he’s not one to mess with?

Many people who reside within the world’s leading state sponsor of terror live as though they are still in the stone age. And their leaders think it would be best to poke the bear so innocent civilians can have an even less satisfying existence?

What kind of leadership is that?

Defense Sec. Mark Esper: "The United States is not seeking a war with Iran—but we are prepared to finish one." https://t.co/CtYYCaKEpg pic.twitter.com/1OIYG8MhjS

In case you missed it, Iran targeted US forces in Iraq on Tuesday evening.

From senior US military source in Iraq:
“Under missile attack from Iran. These are either cruise missiles or short range ballistic missiles. All over the country.”

I am told from US official these are short range ballistic or cruise missiles being fired from Iranian territory at multiple US bases and targets inside Iraq. https://t.co/xKh2NPiDyz

It came days after Iranian Quds Force Gen. Qassem Soleimani was killed in a U.S. airstrike in Baghdad’s airport. A senior Iraqi commander of an Iran-backed militia also was killed. The U.S. blamed Soleimani for the killing of hundreds of American troops, and said he was plotting new attacks just before his death.

Continue reading: Defense Secretary: U.S. ‘Not Seeking A War With Iran, But We Are Prepared to Finish One’ ...