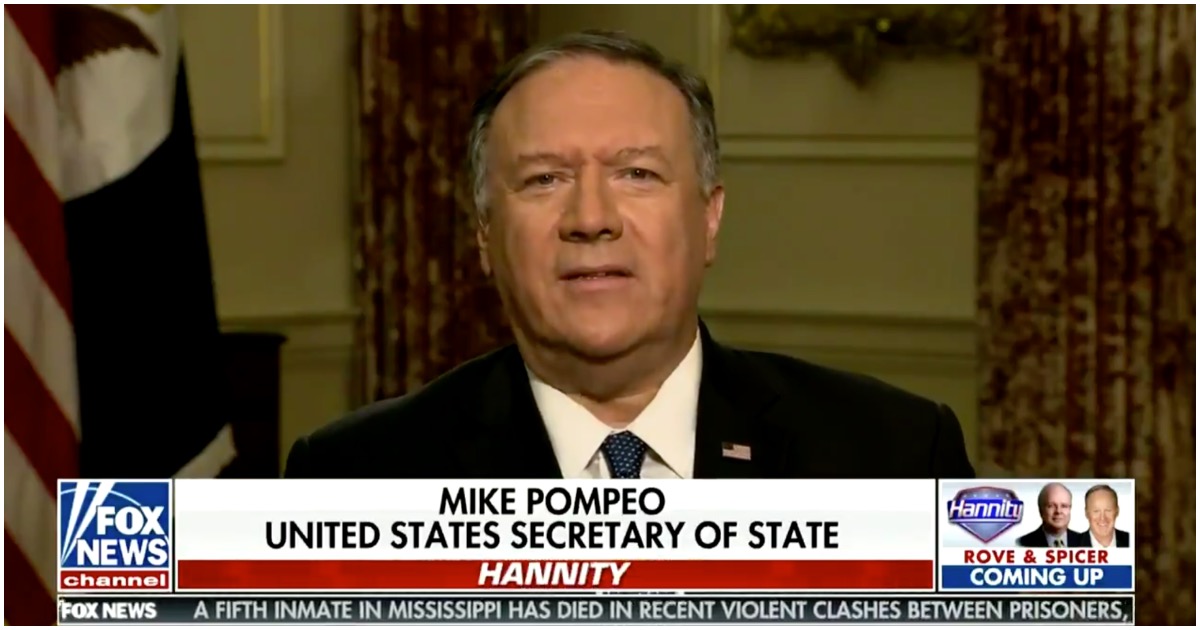 The following article, Pompeo Reveals That Soleimani Was Planning ‘Eminent’ Attack to Kill Hundreds of Americans, was first published on Flag And Cross.

Like President Trump, Secretary of State Mike Pompeo is not one to mince words. Maybe that’s why he, along with HUD Secretary Ben Carson, have hung around as long as they have.

On Saturday, the former head of the CIA revealed why Iranian terrorist Qasem Soleimani was targeted. It sounds like if he was able to go through with his plans, a lot of people would have died.

Will that be enough to calm Democrats? Probably not. Check this out, via Daily Wire:

.@SecPompeo describes how President @realDonaldTrump directed decisive defensive actions to take “one of the worst terrorists ever to walk the face of the planet” off the battlefield. pic.twitter.com/2HL0wr53OD

.@SecPompeo: A central part of @realDonaldTrump's strategy is building out a coalition. While the President made it very clear we do not want war, when American lives are at risk, we will act quickly and decisively. pic.twitter.com/mUZvjyW2hM

We are outraged the president would assassinate a foreign official, possibly setting off another war without Congressional authorization and has zero plan to deal with the consequences.

But of course you know that. https://t.co/GzfdKilV4t

She’s “outraged” that a monster is dead?

According the the Obama Department of Defense, Qasem Soleimani was a terrorist directly responsible for the murder of over 500 US service men & women. Why are congressional Dems outraged that he’s finally dead? See more: https://t.co/7MrD4tyM5y https://t.co/cKYSPLSLmj

General Qassem Soleimani has killed or badly wounded thousands of Americans over an extended period of time, and was plotting to kill many more…but got caught! He was directly and indirectly responsible for the death of millions of people, including the recent large number….

….of PROTESTERS killed in Iran itself. While Iran will never be able to properly admit it, Soleimani was both hated and feared within the country. They are not nearly as saddened as the leaders will let the outside world believe. He should have been taken out many years ago!