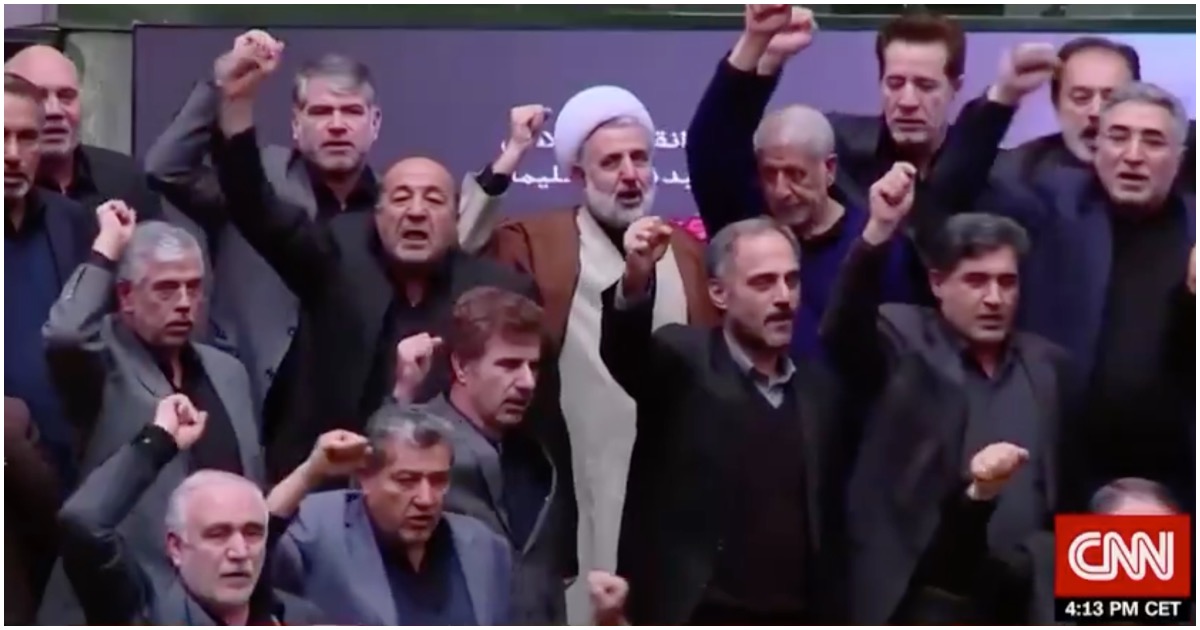 The following article, Iranian Parliament Members Shout ‘Death to America,’ Iraq Votes to Kick U.S. Out of Country (Watch), was first published on Flag And Cross.

Iraq is busy voting to kick American troops out of their country, despite all the good the U.S. has done over the decades. Over in Iran, members of parliament are chanting “death to America” and “death to Israel.” Such nice people!

The resolution asks the Iraqi government to end the agreement under which Washington sent forces to Iraq more than four years ago to help in the fight against the Islamic State terror group.

Iranian Supreme Leader Ayatollah Ali Khamenei has chosen a successor for Qassem Soleimani, one of the leaders of the Quds Force that was killed by a drone attack launched under the authority of President Trump after actionable intelligence pointed to Soleimani’s intent to attack American personnel in the region.

Khamenei claimed that the Quds force would “be unchanged from the time of his predecessor” under the new leadership of Ghaani. The Quds force, which has been designated a foreign terrorist organization by the United States, is a paramilitary force used by Iran to project force in other parts of the Middle East.

The U.S. killed Soleimani Thursday in an airstrike in Iraq. The chief commander was responsible for hundreds of American deaths in the Middle East.

The drone attack by the United States came as a response to Iranian-backed militias members trying to breach the U.S. embassy in Iraq.

President Trump made it clear on Tuesday that America would issue a strong response to the attacks.

Wondering what those Iraqians will be thinking when Iran takes over completely and Iraq then is part of Iran?