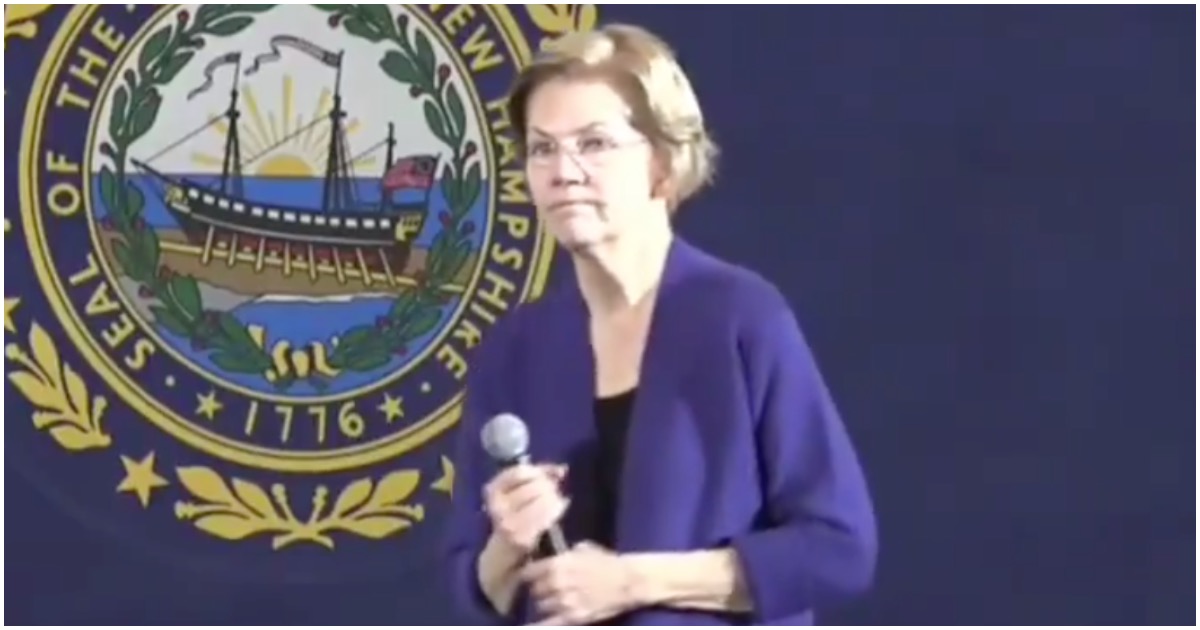 The following article, When Asked About Hero Who Stopped Church Shooting, Warren Says She Won’t Back Concealed Carry, was first published on Flag And Cross.

2020 Democrat presidential candidate and honorary Indian, Elizabeth Warren, will not support concealed carry so average, everyday Americans can feel safe and protect themselves from deranged radicals. What more do you need to know to not vote for this woman?

It’s as if Warren and her liberal peers don’t understand anything about America in the slightest, but are 100% determined to tear her down simply because. Please, tell me again why President Trump won’t win in November, going away?

Democrat presidential candidate Elizabeth Warren responded to the heroic actions of the man who stopped the church shooting in Texas on Sunday by announcing that she would not support universal conceal carry even if the person had to be vetted by the government and obtain licensing.

An audience member brings up the Texas church hero while at an Elizabeth Warren event, asks, “Will you support a universal conceal carry law for everyone in the country who’s willing to be licensed and checked by the government?”

No matter what Donald Trump does, he draws an audience. Whether he was a candidate for president or not, Trump brings the ratings and grabs the eyeballs.

The bottom line is that people want to know what he’ll say next because he’s talking about improving America.

The Trump campaign has never needed seat-fillers to pack small venues, unlike Joe Biden and other Democrats.

And Trump supporters certainly aren’t being paid to show up to events, either.

Ultimately, this is exactly how you know Warren will never be president.

Not only is she not likable but she’s simply a bore. Nobody cares what she has to say. Not even her supporters.