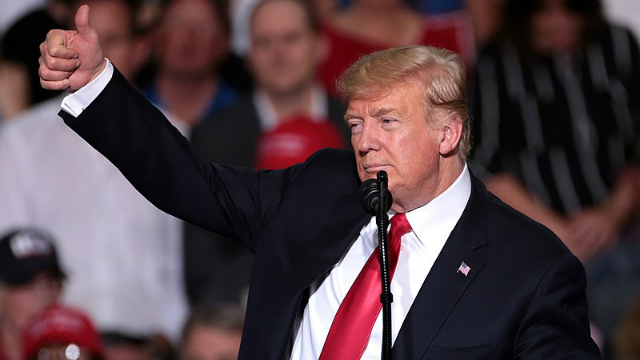 While the Democratic Party has been working tirelessly to get President Trump impeached and booted from office, it seems their efforts have actually been mobilizing the president’ base even more, leading to an amazing fourth-quarter fundraising result for the Trump campaign.

Officials say the haul reflects a surge in donations prompted by anger at Democrats’ impeachment efforts, pushing past the 2020 campaign’s previous high of $41 million.

That does not include funds raised by the Republican National Committee, which is expected to release its own figures soon.

Insiders believe a crowded Democratic field is diluting his opponents’ ability to raise money, giving Trump what will prove to be a decisive edge come November’s election.

The level of support reflected Trump’s record of achievement and grassroots anger at impeachment, said Brad Parscale, his campaign manager.

“Democrats and the media have been in a sham impeachment frenzy, and the president’s campaign only got bigger and stronger with our best fundraising quarter this cycle,” he said. “The president’s war chest and grassroots army make his reelection campaign an unstoppable juggernaut.”

As primary season continues to draw near, some of the individuals running for the Democratic Party presidential nomination have released information pertaining to the amount of money they raised in the last three months of 2019.