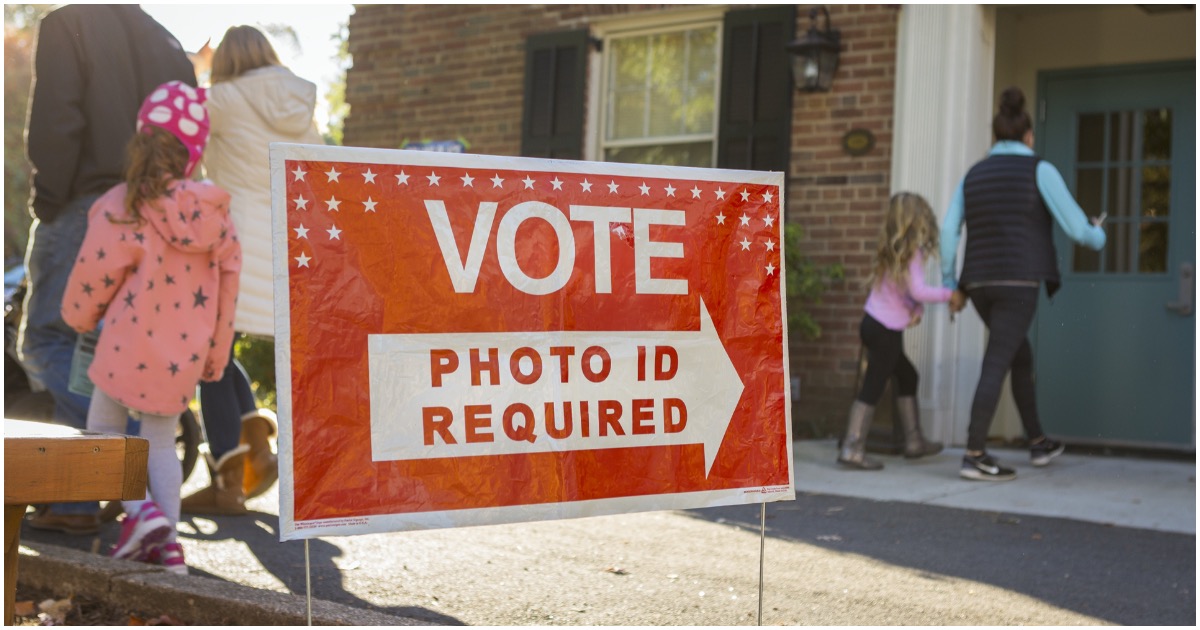 The following article, A Federal Judge Just Blocked Voter ID Laws From Being Implemented In North Carolina, was first published on Flag And Cross.

For some reason, certain people of authority in this country see voter ID laws as racist. Of course, those people couldn’t be more wrong. They don’t care, though. When the mainstream media backs your every word, everything you say is right. Here’s what just went down in North Carolina, via NBC News:

RALEIGH, N.C. — Republican attempts to require photo identification to vote in North Carolina are being thwarted again by judges hearing arguments that the mandate is tainted by bias that would deter black and Latino residents.

A federal court announced that next week U.S. District Judge Loretta Biggs will formally block a photo ID requirement scheduled to begin in 2020. Unless the upcoming preliminary injunction is successfully appealed, the requirement will be halted until a lawsuit filed by the state NAACP and others is resolved.

Thursday’s short written notice from the federal court in Winston-Salem previewed Biggs’ order because state election officials were planning to expand efforts to educate voters about the ID law within days. Although the mandate would be carried out beginning with the March 3 primary, the requirement would actually start in just a few weeks with mail-in absentee ballot filers, who also would have to provide an ID copy.

If Democrats truly believe there are more liberals in America than conservatives, why are they always caught cheating?

Isn’t it solely Dems who are constantly busted for voter fraud?

Here’s yet another example.

Check out the University of Wisconsin handing out voter ID’s to foreign nationals.

What possible reason would @UWMadison have for issuing a "Voter ID Card" to a foreign exchange student? Not illegal, but very suspicious. See full story at: https://t.co/Exm6fHpb26 #WIright #tcot pic.twitter.com/4BoOFELswh

Democrats have to cheat/steal to win.
**They represent Illegal Aliens and Criminals over law abiding Americans!

Anyone letting people vote illegally should be charged, this interferring with elections and working against americans

Hey Judge, don’t give that crap for an excuse for your liberal bullshit. People like you, make me sick. Civil War is coming, and coming fast!!!!

No ID? Why can they merely use the same ID they use for their daily existence, such as welfare or buying alcohol…..