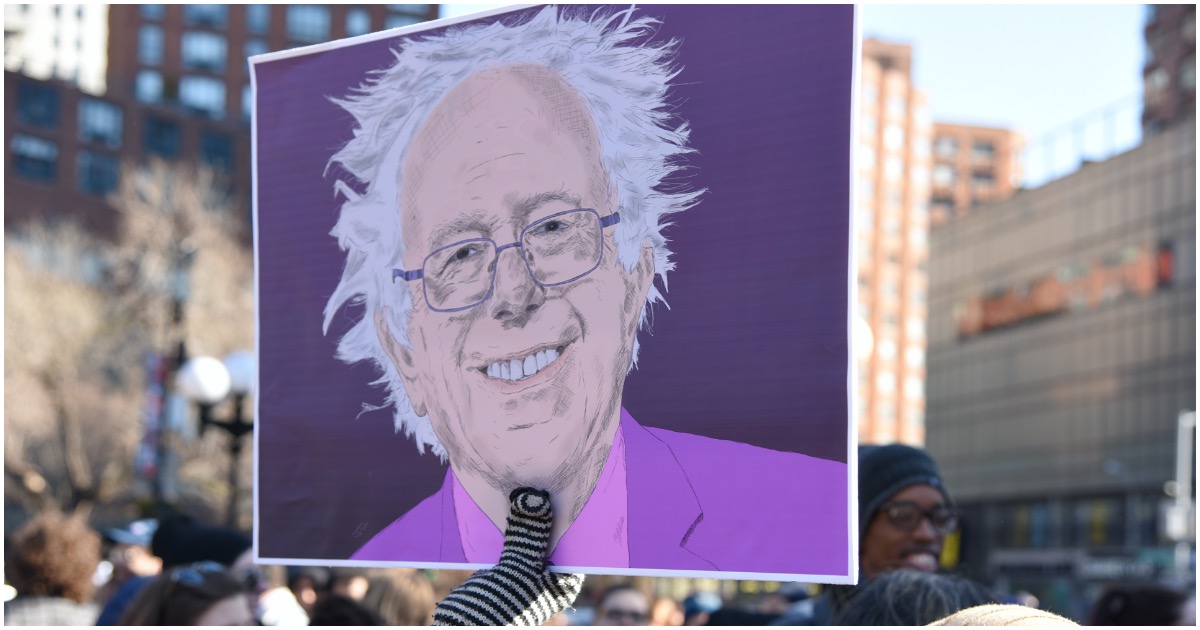 Unless Hillary Clinton jumps into the race, the United States will most likely see a general election showdown between President Trump and either Bernie Sanders or Joe Biden in 2020. Most people saw this coming from a mile away.

However, certain Democrat insiders now believe Bernie may take the liberal nomination next summer. That would pit an America-first capitalist in Trump against a wildly anti-American socialist in Sanders. Quite the juxtaposition for the American voters.

Here’s the scoop, via Politico:

For months, the Vermont senator was written off by Democratic Party insiders as a candidate with a committed but narrow base who was too far left to win the primary. Elizabeth Warren had skyrocketed in the polls and seemed to be leaving him behind in the race to be progressive voters’ standard-bearer in 2020.

But in the past few weeks, something has changed. In private conversations and on social media, Democratic officials, political operatives and pundits are reconsidering Sanders’ chances.

Longtime Hillary Clinton ally David Brock said, “It may have been inevitable that eventually you would have two candidates representing each side of the ideological divide in the party. A lot of smart people I’ve talked to lately think there’s a very good chance those two end up being Biden and Sanders. They’ve both proven to be very resilient.”

Bernie’s latest plan involves giving away more of your tax dollars. Oh, Bern – such a giver!

This proposal might take the cake, though. What could go wrong placing ex-convicts in the marijuana industry?

Sen. Bernie Sanders (I-VT) is proposing a $10 billion federal program to help former convicts work in the marijuana industry. The proposal, which he released Thursday at approximately 4:20 p.m. Eastern, is part of his comprehensive plan to legalize marijuana nationwide.

Sanders unveiled his sweeping plan to legalize marijuana on Thursday, noting that he will not wait on Congress to act. Instead, he will take executive action within the first 100 days in office.