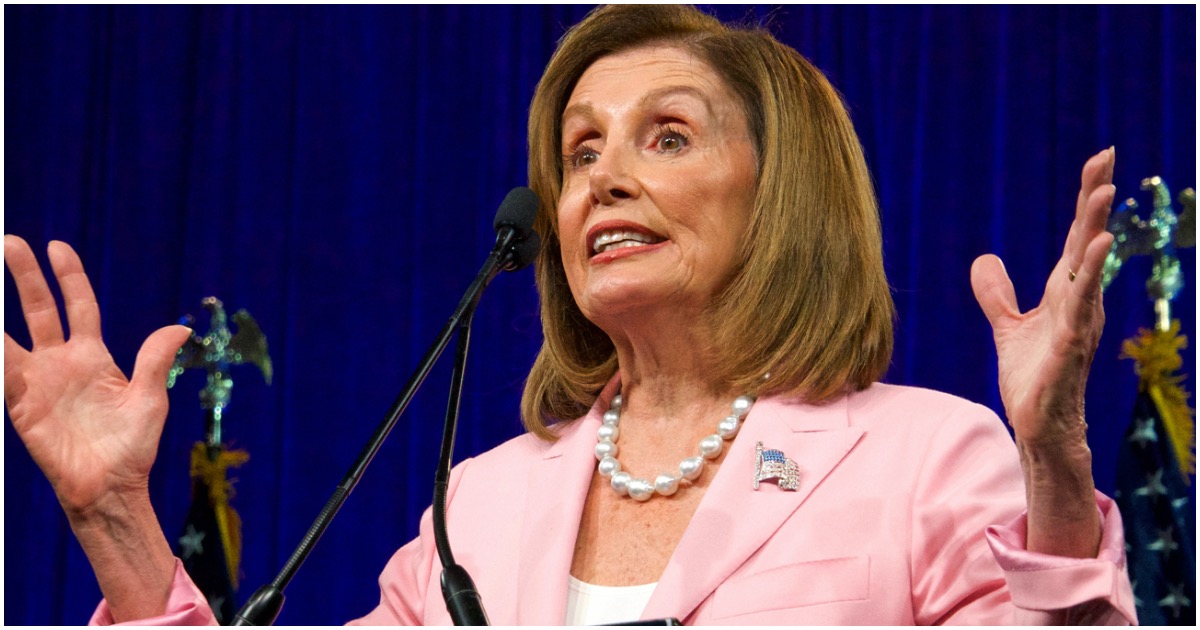 The following article, Pelosi Invites POTUS to Give State of the Union Address In February, Trump Responds, was first published on Flag And Cross.

Despite being “impeached” by the Democrat-controlled House of Representatives, Speaker Nancy Pelosi (D-CA) has invited President Trump to address the nation on the State of the Union next February. Why?

This move comes as a bit of a surprise, especially considering Nancy has still yet to send the articles of impeachment to the Senate – which means, technically, that Trump has to be officially impeached.

NEWS: @SpeakerPelosi has invited President Trump to deliver the State of the Union address on Tuesday, February 4, 2020. https://t.co/y1mScQSuyg pic.twitter.com/graf3ayhHQ

WH’s Hogan Gidley: President Donald J. Trump has accepted the Speaker’s invitation to deliver the State of the Union Address on February 4, 2020.

WH's Hogan Gidley: President Donald J. Trump has accepted the Speaker’s invitation to deliver the State of the Union Address on February 4, 2020.

Back in 2017, ESPN personality Jemele Hill labeled President Trump a “white supremacist.” She was suspended by the sports network before eventually parting ways.

Jemele then came back for more, before last year’s SOTU, seemingly fantasizing about Trump being assassinated.

Responding to a Twitter user who wrote, “please let @AOC yell out, ‘whose mans is this,’” Hill wrote in the now-deleted tweet, “Nah, she gotta hell: GETCHO HAND OUT MY POCKET.”

She later tried to clear her name:

Let me be clear: I have often disagreed with many of the president’s policies, his behavior and rhetoric, but I would never call for violence against him, or any person. I apologize for breathing life into such an absurd assumption.

And that’s why I took it down. I don’t need to dig in on this unnecessarily. If there’s a chance someone could arrive at that conclusion, I’d rather just say I’m sorry and move on. https://t.co/sDEoQ8gsVW

Continue reading: Pelosi Invites POTUS to Give State of the Union Address In February, Trump Responds ...

These socialistic democrats are continuing their weird and surprising antics as they push hard to destroy their political party. For America that destruction is a good thing.