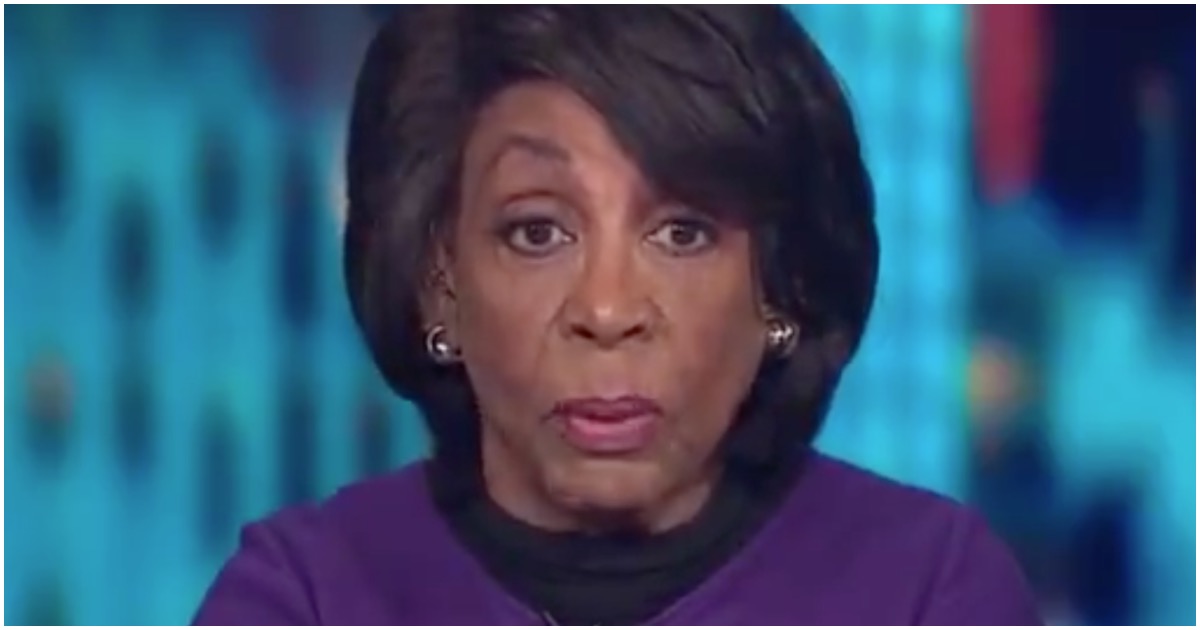 The following article, Maxine Waters Says She Doesn’t ‘Have the Facts to Prove’ Trump Colluded with Russia, was first published on Flag And Cross.

Oh, Maxine Waters. As a conservative, do you really need more of an introduction than that? I think not. From Daily Wire:

House Financial Services Committee Chairwoman Maxine Waters, a California Democrat, promoted conspiracy theories Monday night on CNN about President Donald Trump colluding with Russia, which she admitted she did not have any evidence to support.

Waters screeched, “Because I believe, even though I don’t have the facts to prove it, I believe that Putin wanted to lift the sanctions. He’s always wanted to lift these sanctions that were placed on him because of his interfering with and incursion into Crimea and so I believed that they wanted to elect President Trump and Trump I believe agreed, I will always believe this, that he agreed that if he got elected he would lift those sanctions.”

While discussing impeachment, Democrat Rep. Maxine Waters spreads unhinged conspiracy theories on CNN, admitting, “I don’t have the facts to prove it.”

She later claims that she’s not “making things up” nor on a “witch hunt.”

While discussing impeachment, Democrat Rep. Maxine Waters spreads unhinged conspiracy theories on CNN, admitting, "I don't have the facts to prove it."

She later claims that she's not "making things up" nor on a "witch hunt."pic.twitter.com/GAU1TpBDGV

She said, “There should be comprehensive immigration reform and not immigration reform based on exciting and inciting those people who have negative thoughts about others coming across our border, and basically working to use that information to promote himself in a campaign. And I think some of that is very racist.”

Continue reading: Maxine Waters Says She Doesn’t ‘Have the Facts to Prove’ Trump Colluded with Russia ...

Hey Brainless, just go back to California and bury your damn head further in the sand, cause you don’t have f%8king clue. You are worthless!!!!!

Horilla sure has been flapping it’s Black Ass Lips Spewing Lies…. yelling out Impeach 45 every chance she had …! She needs a major Defamation law suit to shut her yam-hole…..!