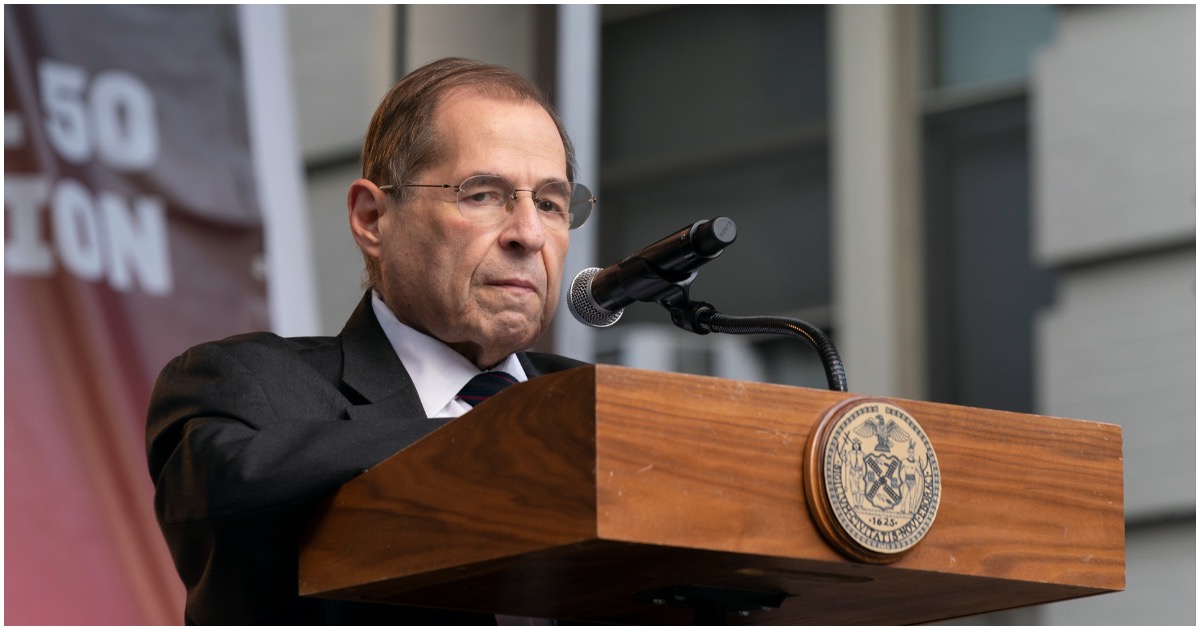 The following article, Wake Up — The Democratic Party is the Party of Socialist Tyranny (Opinion), was first published on Flag And Cross.

Rep. Jerry Nadler, chairman of the House Judiciary Committee, is a perfect spokesman for the contemporary Democratic Party. As he oversees what can only be described as Stalinist impeachment hearings, Nadler tells us the following: “We cannot rely on an election to solve our problems.” In plain language, Nadler does not believe in the election process or the US Constitution. This sudden moment of candor should be a wake-up call for all of us. Nadler and his Democratic colleagues, including Barack Obama, Hillary Clinton, Adam Schiff, and Nancy Pelosi, would prefer that important decisions be made by the Washington elite and the voters be damned.

We are at a dangerous moment in US history in which political freedom is under attack. Our country is based on the notion that individual rights take precedence over unlimited governmental power. The American Left and its senior partners, the Democratic Party and the mainstream media, want to destroy that notion, replacing our government with a totalitarian socialist state run by unaccountable bureaucrats. Don’t laugh. It could happen faster than you think.

For many years, Democrats have been allowing the federal government to insinuate itself into every facet of our lives. “Every single one of [Obama’s] initiatives,” says American Thinker, was “directed at increasing government control in every area, with a corresponding decrease in individual liberty.” An inverse relationship exists between size/scope of government and respect for individual rights. Where there is more of one, there will be less of the other. As we allow the government to be responsible for more and more of our needs, we relinquish more and more of our independence. The American Left’s ultimate alternative to democracy is socialism, where the government takes care of everything. Socialism is a form of big government that despises the individual and has been accompanied in every case by totalitarianism.

The current crop of Democratic presidential candidates is notable for advocating socialist policies, from redistribution of income and government control over healthcare to the “Green New Deal.” As part of its campaign to impose socialism on America, the Democratic Party wants to eviscerate the First Amendment. The monstrous concept known as political correctness, supported by Democrats, is a way of stifling free expression in favor of socially controlled thought. Any speech that contradicts Democratic Party talking points is considered “hate speech.” With their support of identity politics—where you take sides based on your race, religion, sex, ethnicity, and social background—Democrats are hoping to divide and conquer. “Emphasis on group identities and group rights and progressives’ clamoring for social justice will lead inexorably to a collectivist tyranny,” wrote David Horowitz in Big Agenda.

Another Democratic mouthpiece, in his moment of transparency, has shown us what we can expect if the Democrats take over. Presidential hopeful Michael Bloomberg said that he thinks “there are certain times we should infringe on your freedom.” As with Nadler’s comment regarding elections, Bloomberg is giving us an important clue about Democratic political philosophy. “Bloomberg is the archetype of the ‘Nanny knows best’ authoritarian who will happily deprive you of your rights and your freedoms in the name of protecting you,” wrote Scott Shackford in Reason Magazine. As mayor of New York City, said Jeff Dunetz in The Jewish Press, “Michael Bloomberg was a tyrant who tried to control almost every aspect of people’s lives.” He supported secret surveillance of US citizens. He attempted to control what people eat and drink. He was against Second Amendment rights. “Bloomberg has decided that his destiny is to lead our nation out of the burden of individual liberty and personal responsibility,” said Jeff Knox at lewrockwell.com, “and into the peace of conformity, subjugation, and dependency.”

“Bloomberg’s attitude is dangerous — and ubiquitous,” says Investor’s Business Daily. “Elected officials all across this land of the free feel the same as he does, though they rarely express it as vocally as he has. If the state can infringe on freedom at ‘certain times,’ then it can do it at any time. Once that wall has been breached, it’s only a matter of how far government goes.” Investor’s Business Daily reminds us that the infringements have occurred at a startling pace: the massive welfare state, weaponization of the IRS, Obamacare, subsidies for politically favored groups, First Amendment violations, unequal protection under the law, FBI surveillance of American citizens.

The Democrats want to take away your right of free expression, redistribute your income, and reduce you to a member of some alienated special interest group. They want power to reside in the Deep State, the cadre of unelected bureaucrats residing in the Washington, DC, area. If they succeed in supplanting capitalism with socialism, the middle class will be taxed out of existence. The incentive to achieve will disappear, as it has in parts of Europe. When the productive segment of our population has had enough, they will pack up and leave and America will turn into Venezuela.

And so we have the baseless impeachment proceedings against a duly-elected president who is fulfilling his promise to make America great again. Donald Trump stands in the way of the Democratic Party’s authoritarian goals. If they don’t get rid of him, the voters may get rid of the Democrats. Now that is something to root for.

Ed Brodow is a political commentator, negotiation expert, and author of seven books including his latest, Tyranny of the Minority: How the Left is Destroying America. He is a regular contributor to Newsmax, Daily Caller, American Thinker, Townhall, LifeZette, Media Equalizer, and other online news magazines.

Continue reading: Wake Up — The Democratic Party is the Party of Socialist Tyranny (Opinion) ...

Can we assume that the democrat voters are actually “proud” of their reps such as nadler, schiff, pelosi, maxine waters, etc.?? Where do voters come up with morons such as those….