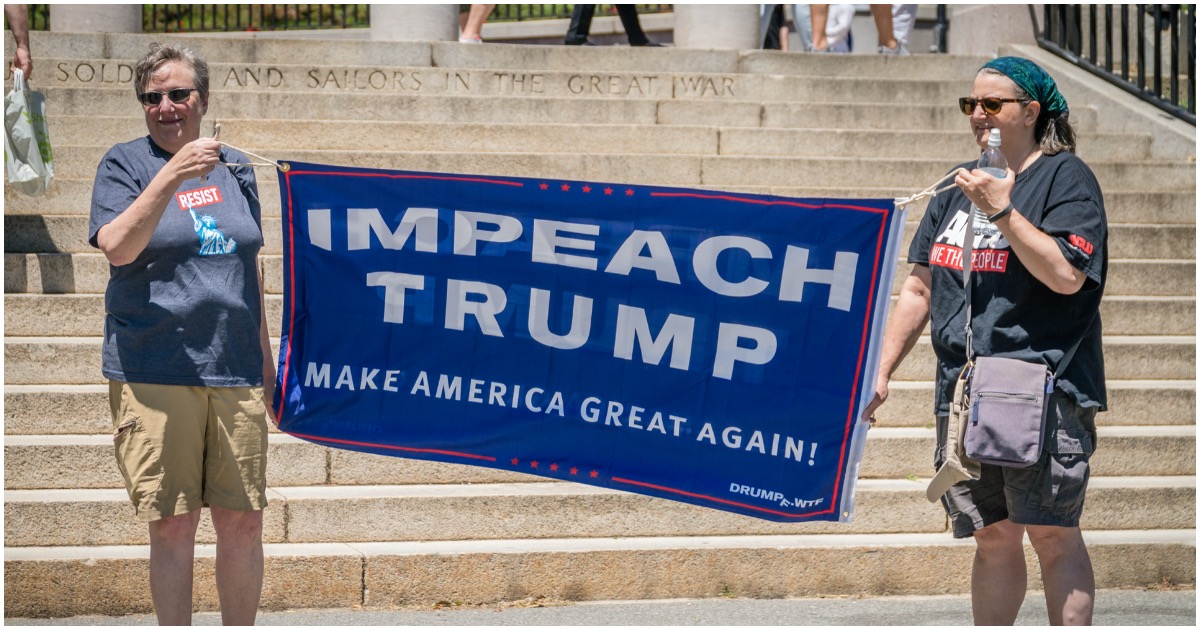 The following article, Democrat Rep. Goes On Record, Says If Trump Wins In 2020 We’ll Impeach Him Again [Watch], was first published on Flag And Cross.

Based on that headline, one could assume that Democrats know they won’t successfully kick President Trump out of office before the 2020 election. They’re also very fearful that he will win re-election.

If it wasn’t clear before, it should be now. And that is that Democrats want Trump out of office after one-term and will do anything to see it happen, despite record low unemployment, a booming stock market, and a strong economy.

If this was “Stranger Things,” we’d be living in the Upside Down. Thanks for making that possible, Democrats. What a treat for the American people!

Democrat Rep. Karen Bass (CA) said during an interview this week that if President Donald Trump wins re-election in 2020 that the Democrats will move to impeach him again and warned that Trump’s bank records could show that he’s “owned 100% by the Russians.”

Bass made the remarks during a Tuesday interview on “TMZ Live” shortly after House Democrats announced articles of impeachment against the president for abuse of power and obstruction of Congress.

When asked what it would mean if America re-elects POTUS next November, Bass said, “Well, you know, I guess I am ultimately an optimist and I believe the 2020 election, assuming we can stop him from trying to cheat, is in our hands and so I think it is out responsibility to turn people out and I feel very positive about that because ever since he’s been elected we’ve won thousands of races around the country. If we didn’t’ impeach him, that creates a tremendous amount of rage amongst people like in our city for example in Los Angeles. But it’s really not about the election, it’s really about the fact that he has committed a crime, he has abused his power and he has consistently obstructed Congress from anything, he doesn’t even want people who don’t work for him anymore to speak to Congress.”

In case you haven’t heard, Bernie Sanders said Alexandria Ocasio-Cortez would be a key part of his administration if he gets to the White House.

Just something for you to keep in mind and share with every single person you come into contact with.

That alone should be enough to end his candidacy.

AOC recently admitted what all conservatives have been thinking for quite some time. The impeachment fiasco surrounding President Trump is happening in order to “prevent” him from winning re-election.

She stated, “We also need to move quite quickly because we’re talking about the potential compromise of the 2020 elections. And so this is not just about something that has occurred; this is about preventing a potentially disastrous outcome from occurring next year.”

Ocasio-Cortez says that Democrats’ push for impeaching Trump is about uniting the different factions of the Democrat Party, adding: “this is about preventing a potentially disastrous outcome from occurring next year.”

What an idiot, have not impeached him the first time. So there can not be an again. Here is a Tide Pod, now be a good child and go play with your friends.