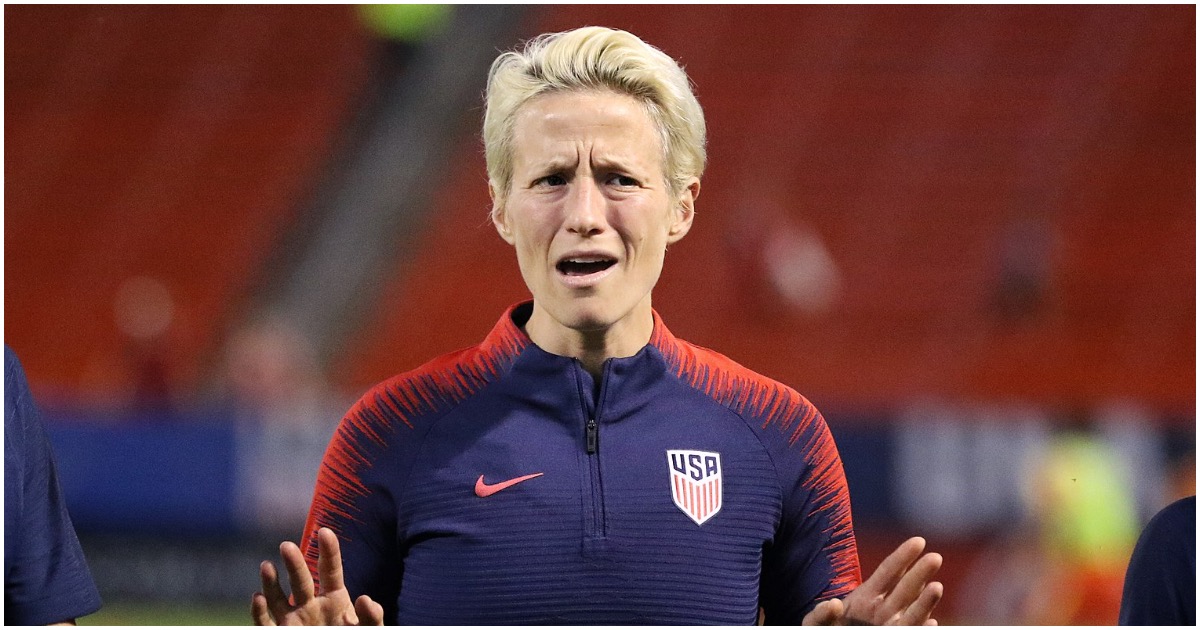 Sportsperson of the year? Did some far-left radical at Sports Illustrated have a problem with using the phrase “athlete of the year?” Doesn’t that just roll off the tongue a little bit better?

Anyway, the winner for 2019, as if anybody cared, is Trump-hating, Kaepernick-loving, National Anthem-kneeling American soccer player, Megan Rapinoe. Yay. From KSDK:

After dominating the World Cup and becoming a household name, soccer star Megan Rapinoe has been named the 2019 Sports Illustrated Sportsperson of the Year.

As Sports Illustrated noted, she is just the fourth woman in the award’s 66-year history to win it by herself. “A feat that is both a remarkable athletic achievement and a reflection of entrenched gender biases,” SI’s Jenny Vrentas wrote.

Congratulations to @mPinoe, the 2019 Sports Illustrated #Sportsperson of the Year

It’s all about the Benjamin’s.

ARE YOU KIDDING ME? This the best they can do?

So you get SI athlete of the year for being a well, you know the C word, dropping the American Flag on the ground to celebrate a win for starters! Not to mention turning down an invite to the white house! Plus getting behind the cause of a phoney, proven opportunist! Just like a child with a tantrum and no solid arguement. Equal pay for being ungrateful shits who aren’t popular enough to merit a pay increase. Well at least the Soccer Association told her to shove that kneeling crap up her ass!!! F**k leftist SI supporting this jerk, her… Read more »