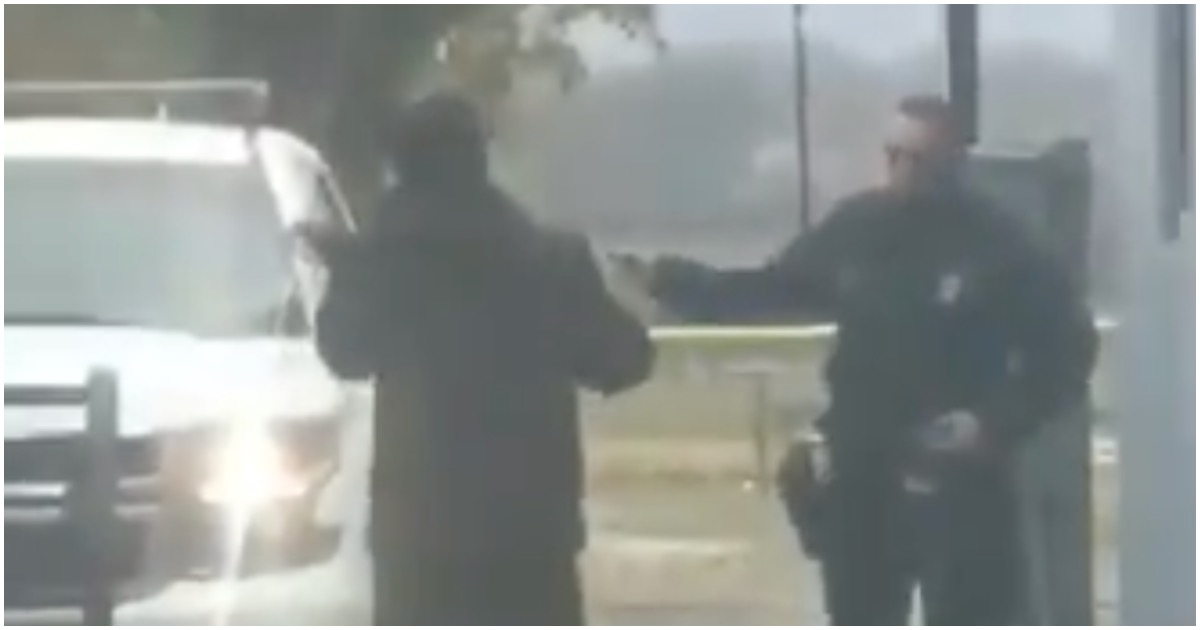 WHOA! This video is intense! The thug in the clip had no problem punching an on-duty police officer right in the face. Instead of pulling out his gun, the cop simply opened the back door of his SUV.

What happened next is must see TV. The second you see the K-9 headed toward the perp you just know it’s about to go down! While were at it, big shout out to CONAN!!

This is the BS officers deal with on the daily basis.

#RT with your #Opinion

This is the BS officers deal with on the daily basis.#RT with your #Opinion#Follow @ChicagoPD19

Life isn’t easy for police officers. They know that from the jump.

And yet, everything is more difficult when a person can’t do their job without fear of the far-left attacking them for doing what they’ve been trained to do.

Check out what took place in Chicago not long ago, then ask yourself: “what would the liberal reaction be to this story?”

As the Chicago Tribune reported, on March 20th, two tactical police officers from the Chicago PD were in the process of arresting a suspected drug dealer on the city’s west side. After securing the suspect and confiscating a bundle of drugs as evidence, placing them in the patrol car, the officers were surrounded by a group of men who began to threaten them. At least one claimed to be armed and demanded the suspect be released or he would shoot the cops. Someone in the mob stole the drugs from the patrol car and fled, with one officer giving pursuit. The threatened violence surrounding the patrol car escalated and the cops wound up releasing the suspect and leaving the scene.

Yes, you read that correctly. A gang of young, potentially armed men forced two Chicago tactical police in the middle of an arrest to back down and release the suspected gang member. Chicago columnist John Kass is bringing national attention to the event and explaining why this is so much more than just a “local news story.”

This is just awful and hopefully, it goes viral.

People need to be outraged about this!

What am I should do I am 35 years old and never dated and never had a wife. I am each year not a virgin. I was 5 12 by 3 males but that was not what I wanted. I am not here to express that. I already went to therapy for countless years with many therapists and it didn’t work so I am done with it. I almost never read so don’t recommend a book or an audiobook either. i’m not here for that. I am here because people in my life keep telling my I should get married… Read more »