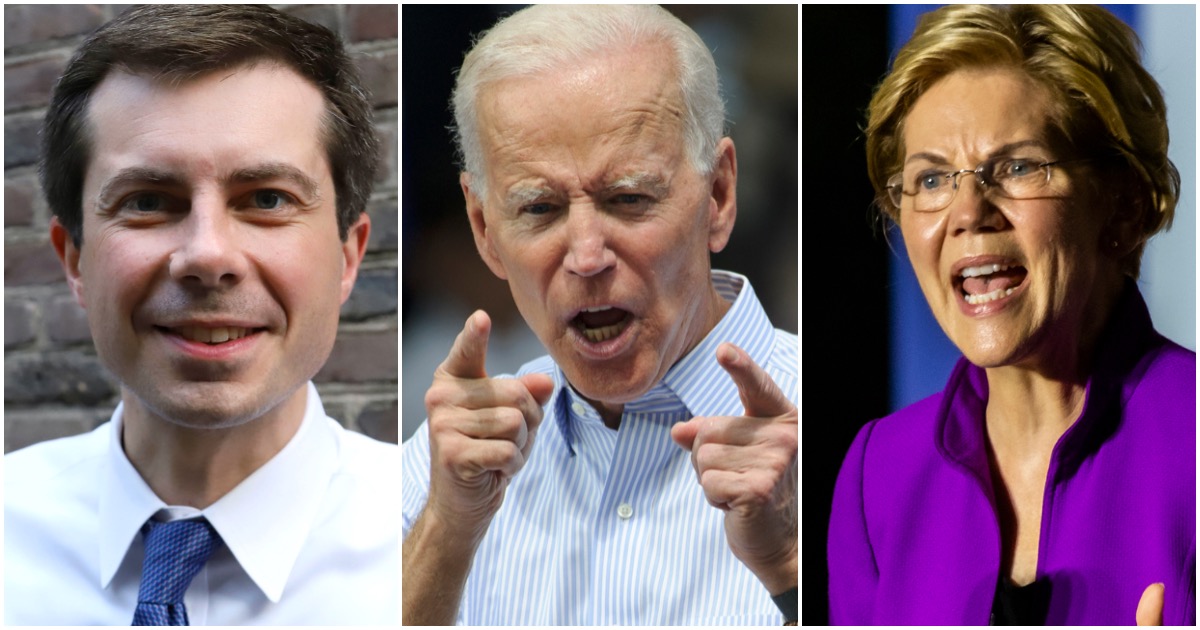 The following article, New Poll Shows Warren With Double Digit Plunge, But Biden & Buttigieg Are Ticking Up, was first published on Flag And Cross.

It makes sense that Elizabeth Warren’s poll numbers would plummet. She’s not a good candidate and her policies would cripple America for decades. On the other hand, it doesn’t make sense that Joe Biden and Pete Buttigieg are ticking up in the polls. They are not good candidates and their policies would cripple America for decades.

It’s a lose-lose for America, no matter who winds up taking the Democrat nomination for president next summer. Democrat voters will be hardest hit but they are too ignorant to admit it.

New Q-poll has good news for Biden/Buttigieg, terrible news for Warren, flat for others.

New Q-poll has good news for Biden/Buttigieg, terrible news for Warren, flat for others.

In an October 24 poll, Warren received 28 percent, Biden had 21 percent, Sanders was at 15 percent, and Buttigieg got 10 percent.

“Biden is back on top of the pack but now there is a 3-way race for second. Buttigieg has broken into the top tier, apparently at the expense of Warren, who has taken a dive after being hammered for being too far left on health care and other issues,” said Quinnipiac University Polling Analyst Tim Malloy.

Florida Rep. Matt Gaetz (R) had a milkshake tossed at him. That was pretty bad. Then, a Buttigieg staffer hoped Gaetz was assaulted once more.