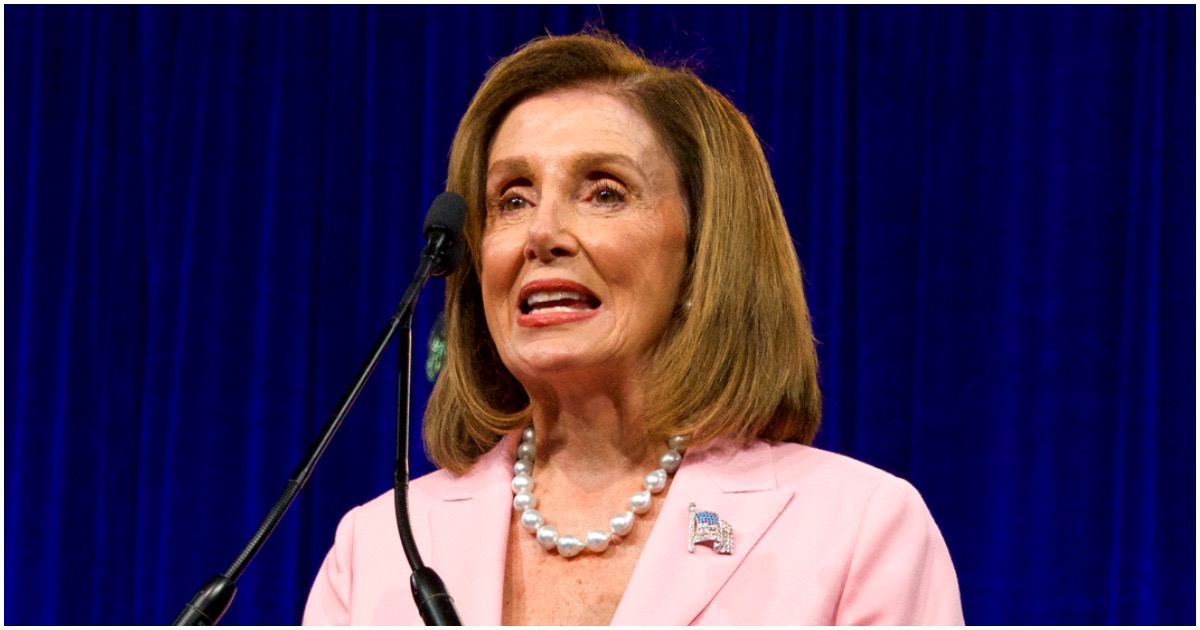 The following article, ICYMI: Pelosi Makes It Clear – President Trump Has to Prove to Us That He’s Innocent (Video), was first published on Flag And Cross.

Donald Trump was the man America needed to take on the far-left mainstream media and the socialists in Congress. Many people didn’t understand that back in 2016. Today, there should be no question about it.

The fact that liberals are willing to stoop as low as they have on multiple occasions to malign POTUS and his administration speaks volumes to their character. And it ain’t pretty.

Speaker of the House Nancy Pelosi is now saying Trump needs to prove his innocence in order to be let off the hook in this sham impeachment inquiry. But does anybody even believe that?

House Speaker Rep. Nancy Pelosi (D-CA) suggested to CBS News’ Margaret Brennan on Sunday that President Donald Trump needs to prove that he is innocent in the Democrats’ impeachment inquiry. This is contradictory to the U.S. criminal justice system, which is based on the presumption of innocence.

“It’s called an inquiry,” Pelosi said on Thursday. “And if the president has something that is exculpatory, Mr. President, that means you have anything that shows your innocence, then he should make that known and that’s part of the inquiry. And so far, we haven’t seen that, but we welcome it. And that’s what an inquiry’s about.”

She says @realDonaldTrump has to demonstrate his innocence.

In America, there is a presumption of innocence but Democrats don’t care.

She says @realDonaldTrump has to demonstrate his innocence.

In America, there is a presumption of innocence but Democrats don’t care. #StopTheMadness pic.twitter.com/CO5piZgU4W

On Wednesday night in Monroe, Kennedy lashed out at Speaker Pelosi in a way that will have the left crying misogyny.

Something tells me John doesn’t care, though.

Kennedy said, Hello Louisiana! Thank you Mr. President for visiting our state. In three short years President Trump has doubled the growth of the greatest economy in all of human history. And you know what our Democratic friends have done for him? Speaker Nancy Pelosi is trying to impeach him. I don’t mean any disrespect but it must suck to be that dumb!”

Continue reading: ICYMI: Pelosi Makes It Clear – President Trump Has to Prove to Us That He’s Innocent (Video) ...

Pelosi also is to be the first to prove her innocence with her own son that had dealings with Ukraine as a consultant for a soccer team during the war with Ukraine and Russia. Something fishy with that as well. I’m sure Pelosi your hiding crimes of your own so prove your innocence.

What distant plant is this complete idiot from, anyway?

I believe she has it turned around. It is innocent till proven guilty and not guilty till proven innocent.