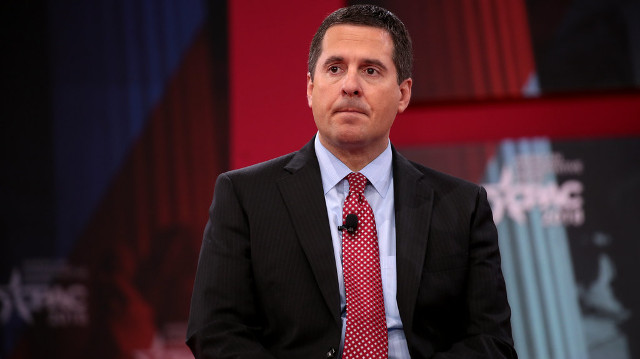 The following article, The GOP Looking To Subpoena Hunter Biden, Ukraine Whistleblower, And DNC Files, was first published on Flag And Cross.

The top member of the GOP sitting on the House Intelligence Committee crafted a letter and sent it to Chairman Adam Schiff asking that Hunter Biden, son of former Vice President and current presidential candidate Joe Biden, be subpoenaed, along with the whistleblower that kicked off this whole impeachment inquiry in the first place.

Rep. Devin Nunes, R-Calif., along with Rep. Jim Jordan, R-Ohio, penned a scathing letter to Schiff in which they slammed the “sham ‘impeachment inquiry’” and notified the chairman of their intent to subpoena Biden and the whistleblower. Jordan, the ranking member of the House Oversight and Reform Committee, has been appointed as a temporary member of the House Intelligence Committee.

“The American people understand how you have affirmatively prevented Republicans from examining serious issues directly relevant to the issues,” the two GOP lawmakers told Schiff in their letter. “Therefore, to provide some basic level of fairness and objectivity to your ‘impeachment inquiry,’ we intend to subpoena the anonymous whistleblower and Hunter Biden for sworn testimony in closed-door depositions.”

Nunes and Jordan added that they plan to subpoena the whistleblower’s documents and communications regarding the complaint, the records surrounding Hunter Biden’s role on the board of the Ukrainian energy company Burisma Holdings and the Democratic National Committee’s communications with Ukrainian officials and records relating to Alexandra Chalupa.

This letter is the second one to be sent from Nunes to Schiff, informing him of his intentions to call up the whistleblower and Hunter Biden.

Earlier this month, Nunes sent out his first letter to Schiff about wanting to speak with those witnesses, however, it still remains to be seen how many of the individuals on the Republican Party’s list will actually be approved by Schiff.

A resolution was recently passed that grants the chairman approval power over the individuals the GOP is allowed to call in as witnesses in the impeachment proceedings.