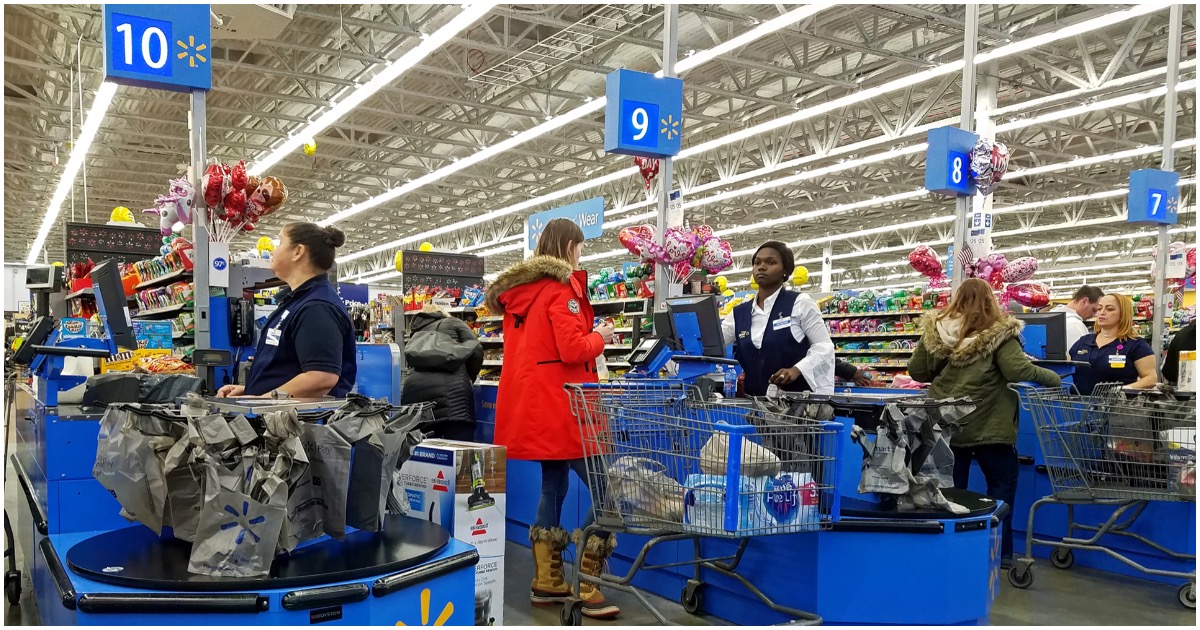 How will Congressional Democrats, the uninformed, and the mainstream media spin this one? Should the good guy with a gun who stopped a mass shooting not have had his gun in the first place, therefore potentially putting more lives at risk? Would that help some people sleep at night or something?

See how easy it is to defeat a liberal argument? It doesn’t require much thought. And this is why most Dems aren’t smarter than your average fifth grader. Check this out, via Daily Mail:

A man shot and killed his estranged wife and her new boyfriend in a Walmart parking lot in Oklahoma before turning the gun on himself when an armed citizen intervened.

According to the Oklahoma Highway Patrol, a man wearing all black opened fire outside the supercenter in Duncan, which is located at 3393 North 81 Highway. Duncan is about 80 miles south of Oklahoma City.

Officers from the Duncan Police Department said the wife and her boyfriend were found dead inside their car.

Family members at the scene say the shooting was sparked by a domestic dispute between the woman and her husband, but didn’t go into further details.

The Gun-Free Zone is a microcosm of the “Socialist-Utopia,” Democrats dream of.

A recent Crime Research Prevention Center study showed, violent killers seek out Gun-Free Zones 94% of the time. So, why would Politicians refuse to re-evaluate their support of these deadly areas, even after seeing the massacres that they cause? First, we need to look at their decades-long commitment to gun-control. From the lowest ranks of the Beto O’Rourkes, all the way up to Presidents, we have seen a relentless push for gun control, regardless of the deadly effects gun-restrictions show us time and time again.

Two common elements that fuel the ignorant push for Gun-Free Zones are the perceived intellectual superiority of the Gun-Grabbers and a denial or ignorance of the American spirit. The intellectuals who continue to believe that a government-controlled Utopia can be created in America could never admit that their ideas are flawed. They truly believe that in the end they will create the government controlled Socialist-Utopia they’ve always dreamed of. Many of these people have been taught from birth that they are intellectually superior; so how could they ever admit that their ideas are dangerous and delusional, and if they did, what would that say about them?

The Anti-2nd Amendment Radicals in Congress, left-wing media and anti-gun lobbying groups like Moms Demand Action and Everytown for Gun Safety, watch people die in these deadly zones while ignoring their own culpability. They stand on graves while pushing their agenda and use the death-toll numbers to gain more support for gun-control. Their belief that they know what is best, gives them false-license to ignore reality and continue to put people in danger by making them unarmed and helpless. They have studied the strategies and tactics other Governments have used on people to enforce compliance and they believe they will be able to do the same. But they fail to see one very important element, that if not unique to America, extremely strong in the hearts of most Americans due to the nature of our founding.

The Gun-Grabbers don’t understand the strength of the American spirit because it is something that they have lost (or never had to begin with.) The passion for freedom, liberty and individualism, runs through the veins of the majority of Americans, but it is completely lost on some. Patriotism and the willingness of real Americans to fight against tyranny (again, if we must) is the biggest roadblock faced by the Socialists living among us. Our founding fathers wrote the Constitution and Bill of Rights with their own blood, but some of the people we put in charge to defend those documents, have been taught to believe they are irrelevant.

If those who support the Utopian experimental laboratories known as Gun-Free Zones, were to admit that they are a dreadful failure, they would also have to admit that their idea of a government-controlled Utopian America is a fantasy. So, rather than acknowledge the blood on their hands, they push for more Gun-Free Zones and watch people get slaughtered while continuing to tell themselves that they are much smarter than everyone else.

Why do we expect people, who can’t conceptualize freedom, to defend freedom?