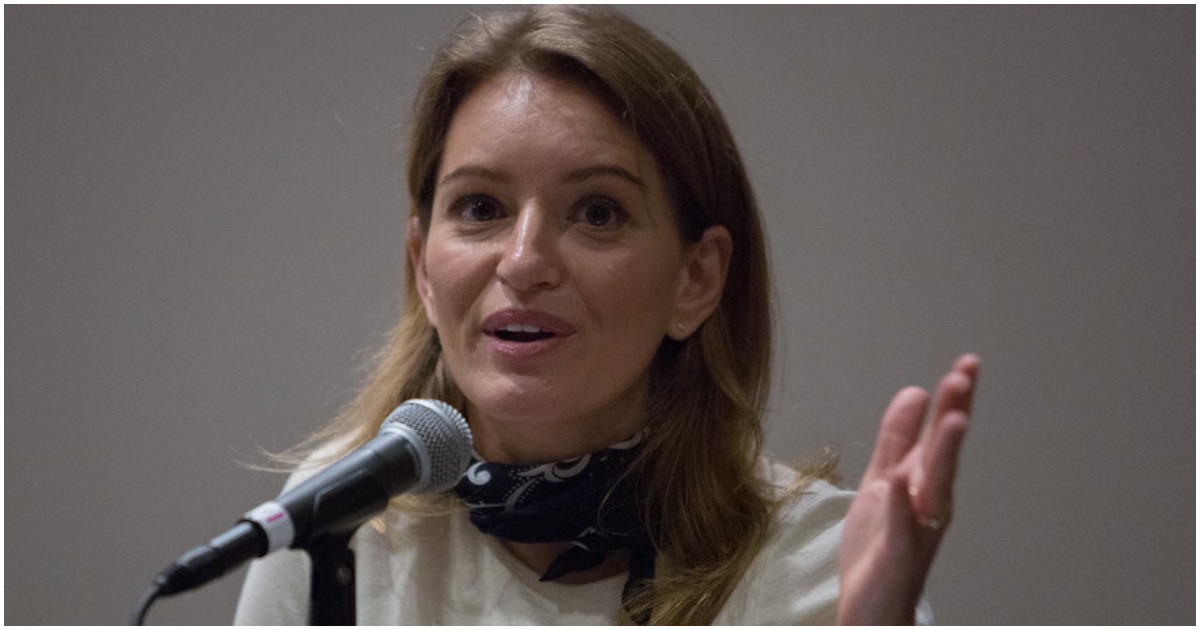 A recent school shooting in Santa Clarita, California left two teenage girls dead. The 16-year-old shooter, Nathaniel Tennosuke Berhow, then turned the gun on himself. On Friday night, Berhow died from his injury.

This quote from MSNBC’s Katy Tur is rich considering Democrats literally support killing babies, but what can you do? To suggest that Republicans are guilty of school shootings and killing kids holds no water whatsoever and liberals know it. They just don’t care. Nothing about what Democrats stand for makes sense, though.

Even worse is that while Tur is speaking about the Santa Clarita incident, she fails to mention that Berhow used a handgun and that 16-year-olds can’t legally own guns. Funny how Tur doesn’t bring up that point. What law would’ve prevented the shooting, Katy?

MSNBC news anchor Katy Tur pressed a guest during her show on Thursday about whether Republican lawmakers should be held responsible for gun deaths amid news of a school shooting that was happening at the time in Santa Clarita, California.

“You were just speaking about senators not showing the courage to put their seats at risk to pass common-sense gun reform, background checks, etc.,” Tur asked Ret. Special Agent Jim Cavanaugh with the Bureau of Alcohol, Tobacco, Firearms and Explosives. “Would you go so far as to hold them responsible for the deaths that are continuing, the lives that are continuing to be lost with gun violence?”

Cavanaugh responded, “I clearly do. All leaders have a responsibility to act responsibly to help the citizens and it is not responsible to block a debate or to block a vote and that is what’s happening. That is totally irresponsible, that’s not leadership, it shows no leadership integrity, it is done to protect their seats. They don’t want to have to vote on the bill because they are afraid in their state or district, their constituents won’t like the way the vote may turn out.”

Silly, silly left-wing journalists. They try so hard to sound official and credible, but their pesky little habit of just making stuff up on the spot can sometimes get the better of them.

Especially when they do so in front of people who actually know what they’re talking about.

Tur had her own little Alexandria Ocasio-Cortez moment when she made a claim she either had taken for granted or made up on the spot, that Republicans had been opposed to arming Ukraine against Russian-backed separatists.

You know, because Trump-Russia…or something.

“At the Republican National Convention, the Republican party decided not to arm Ukraine,” she said, although, unfortunately for the narrative Tur was trying to push, she was speaking to someone who actually knew what they were talking about, i.e. Trump campaign aide Sam Nunberg.

“But Ukraine is armed today, Katy. They are armed now,” Nunberg retorted.

This obviously caused a glitch in Tur’s little Trump-Russia Matrix, forcing her to say “I don’t know” before saying goodbye to her guests.

But of course, the fake news wouldn’t come out with the truth nor facts.

I have had guns in my possession for sixty years. Not one of them have discharged without human interaction. I suggest that Humans have to be taught respect for life. Start with not murdering babies, in the womb or after birth. A law that makes murder is punishable by death.

What’s the point of having guns that freaks need to enhance their manhood if they can’t be used to blow people away? It’s the American way! Lest we forget, Real America insists rotting corpses are “in a better place” . . . .Sadistic people do worship a sadistic god made in their own image.

You sound like you are on the very precipice of being deranged, Mike, and someone who always jumps to the easiest conclusion instead of working out the reality to find the most accurate conclusion. Here’s a newsflash: More than 800 million guns did not kill anyone today or any day this year or this decade or this century. Direct to your point, as ridiculous as your point may be, “blowing people away” is not “the American way.” Indeed, using a firearm in self-defense or the defense of another is the American way. But more specific to the “American way” is… Read more »