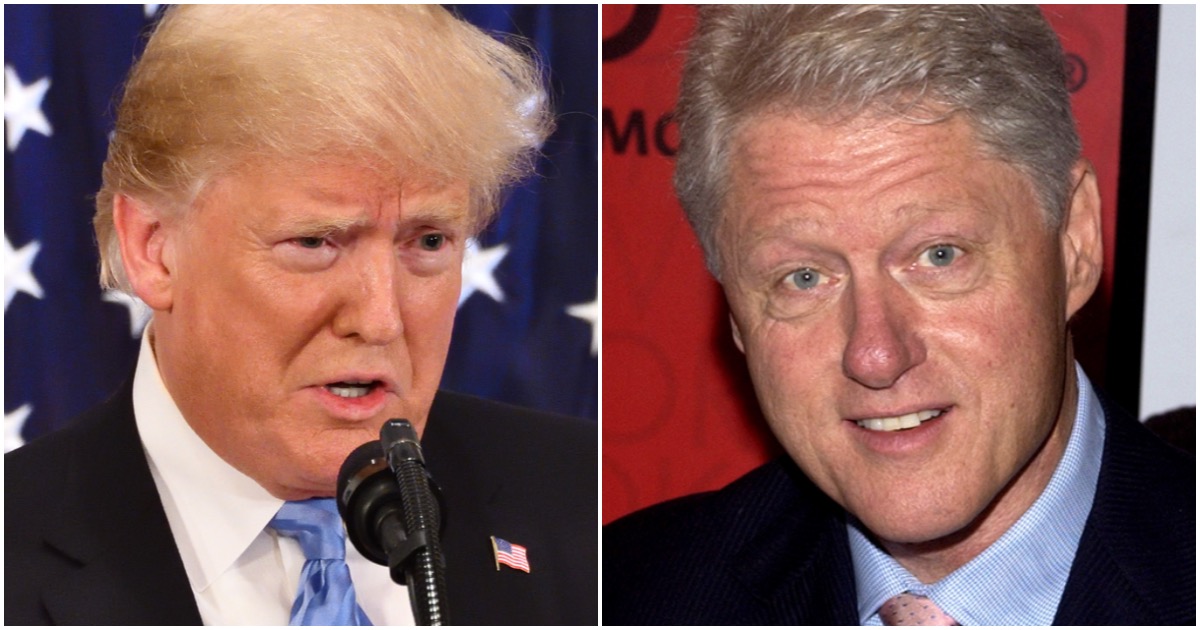 Rep. Alexandria Ocasio-Cortez (NY) said last night what all conservatives were thinking from the start: Democrats are looking to impeach President Trump because they know they can’t win in 2020. They are looking for any excuse to get him out of office, now that Russia and other hoaxes have failed.

It’s truly stunning to witness how far the Democrat Party is willing to go to sabotage a duly-elected president in a time when unemployment is at an all-time low and the economy is thriving. Then again, this party is comprised of people who believe it’s acceptable, even cool, to murder a baby.

Commenting on when the Republican-controlled House impeached him in 1998, Clinton said, “Look at how much we got done in 1998 and 1999 and even in ‘97. We had very productive actions in all three years. The only really tough year we had after the Republicans won the Congress, was ‘95 to the beginning of ‘96—when they shut the government down twice. Once the public rendered judgment on what they thought should be done, I kept working with them. That’s just an excuse.”

Monica’s boyfriend added, “My message would be, look, you got hired to do a job. Every day’s an opportunity to make something good happen. And I would say, I’ve got lawyers and staff people handling this impeachment inquiry, and they should just have at it. Meanwhile, I’m going to work for the American people. That’s what I would do.”

For some reason, a career crooked leftist politician thinks she still has a shot at becoming the most powerful human being on the planet. Even crazier, there are people out there who would actually vote for her – again.

Which is worse? Both. They are both worse. Check out Bill explaining how he’s not running for POTUS ever again, but that doesn’t mean Hillary won’t…

“She may or not ever run for anything, but I can’t legally run for President again.” – Bill Clinton leaving the door open on @HillaryClinton running for President in 2020. #StillWithHer #Hillary2020

“She may or not ever run for anything, but I can’t legally run for President again.” – Bill Clinton leaving the door open on @HillaryClinton running for President in 2020. #StillWithHer #Hillary2020 pic.twitter.com/gDrmcR0ax1

Now why in the Hell would Trump even want to listen to this knot head,he is the very last person anyone should even give the time of day to,tell old Bill if he wants our Guns so bad,come and take them and see what happens,if their ever is a civil war,let it begin in Washington DC in the House of representatives,at least than problem can be taken care of at the source.

Tongue in cheek, I am sure Bill Clinton has Trump’s best interests at heart. Gun control would lose most conservative support and ignoring the enemy is about the most stupid advice I have ever heard unless of course you are in cahoots with the enemy. I guess Bill believes the dims propaganda that Trump is an idiot.

The president might be waiting for direction from Monica Lewinsky. She only consuls Democrat presidents.