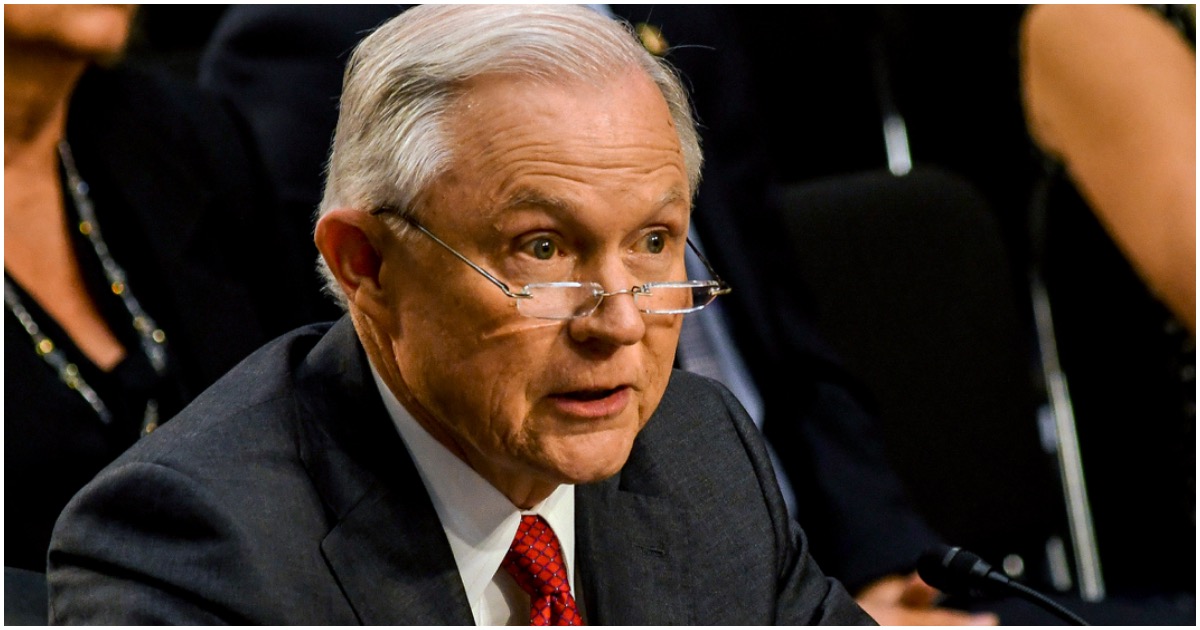 The following article, College Apologizes Simply for Reporting on Lecture By Jeff Sessions After Students Offended, was first published on Flag And Cross.

Editors over at Northwestern Univeristy’s student paper should feel like some of the most ignorant sons a’guns on the planet after what they just did. It’s because of stooges like these kids that America is becoming more and more liberal. From Breitbart:

The editors of the Northwestern University student newspaper issued a long-winded apology this week for simply covering an on-campus speech by former Attorney General Jeff Sessions.

The student editors of the Daily Northwestern published a 700-word apology on Sunday over their coverage of a campus lecture featuring former Attorney General Jeff Sessions.

The editors claimed that their reporting on the event “harmed many students” that had protested the Sessions event and were subsequently featured in photos that accompanied the report. They claimed that their primary responsibility is to make sure that Northwestern “students feel safe.”

Regarding Sessions running for Senate, via Washington Examiner:

Byrne noted, “The president is very angry with Jeff. I think the president will be very vocal against him. For Jeff’s sake, I don’t want that. But I think that’s the reality of what he’s facing.”

An anonymous Republican official added, “The president will take Sessions to the woodshed.”

Ultimately, another Republican in the Senate won’t be a bad thing for Trump whether he gets along with the person or not.

Sure, another Mitt Romney won’t put a smile on 45’s face. But is Sessions really as terrible as Trump might think?

I guess the DemonKKKrats are still upset that Jeff bankrupted the KKK in Alabama by convicting their leader for murder… that, and Repubs freeing their slaves!