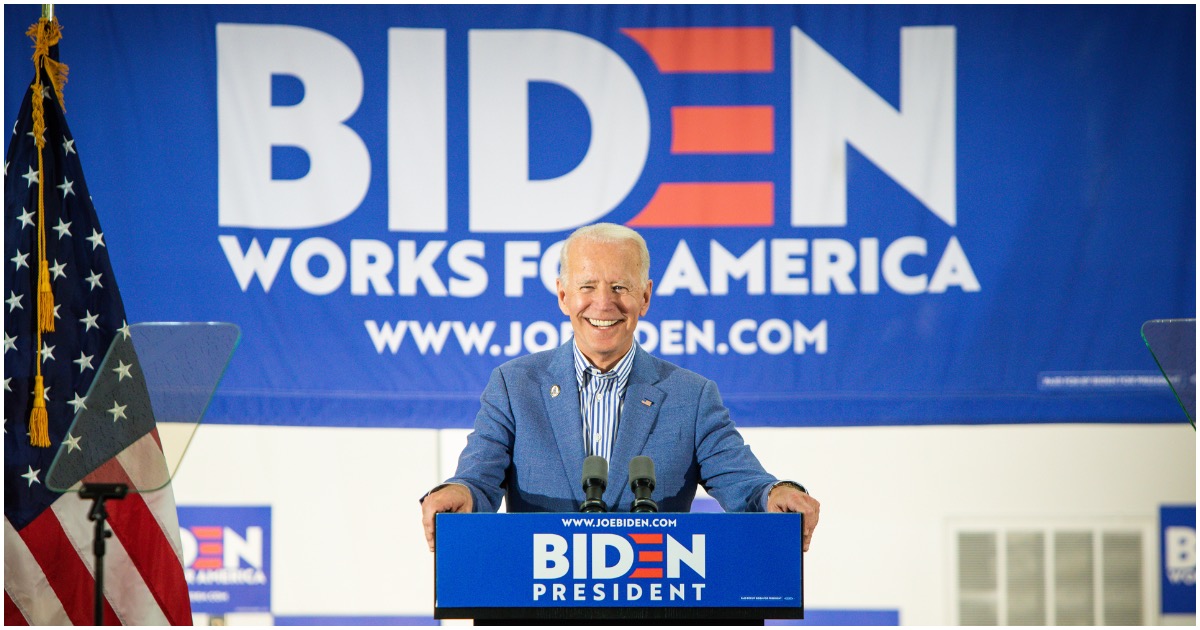 The following article, Joe Biden Was Refused Holy Communion, Should This Happen More Often? [OPINION], was first published on Flag And Cross.

The biased press is up in arms over the revelation that the Democrat’s alleged presidential front-runner, Joe Biden, was denied Holy Communion at a South Carolina Church. Biden was campaigning in the area and attended Mass, though given the Democrat Party’s values one wonders why, at Saint Anthony Catholic Church in Florence.

The Rev. Robert Morey said Biden was refused the sacrament, that Catholics believe is the body, blood soul and divinity of Christ, because any “public figure who advocates for abortion places himself or herself outside of Church teaching.” Father Morey is on solid liturgical ground in his commonsense decision to deny Biden communion. Sadly, in today’s world, even the Church is lacking in the precious commodity of common sense.

Democrats have grown more aggressive and belligerent toward the Catholic Church in recent years. It was Biden’s former boss who targeted the Church through his socialized medicine boondoggle, Obamacare. Team-Obama/Biden targeted Catholic nuns, the Little Sisters of the Poor, trying to force them to fund contraceptives and abortifacients against the teachings of the Church. The attack continues to this day, despite relief from the Trump administration.

Indeed, the Catholic faith has been a favorite target for Socialist Democrats for years. From Sen. Dianne Feinstein to Sen. Dick Durbin, from Sen. Mazie Hirono to Sen. and presidential also-ran Kamala Harris, the Democrats have enthusiastically attacked us, abusing their power in violation of the U.S. Constitution;s prohibitions against such abuse. What’s worse, fake Catholics like Joe Biden have sat by and allowed their colleagues to mercilessly attack the faith and those Catholics who live it.

Nancy Pelosi, John Kerry and Joe Biden, these are but a few of the high-profile fake Catholic Democrats who have sold out their faith to a morally bankrupt Democrat Party. Biden is only the most recent leftist to turn his back on God and his professed faith in pursuit of political power. It’s bad enough that Joe and his fake Catholic Democrats support the wholesale slaughter of children in the womb.

But their party has recently passed laws allowing barbarous third trimester abortions, Nazi-esque partial birth abortion, and pushed the inhuman practice of infanticide, abortion after birth. Here’s the kicker. Joe and his Socialists are not just abortion cheerleaders. He and many in that party want to repeal the Hyde Amendment, forcing taxpayers to fund abortion, making us all complicit in their sin!

The Rev. Robert Morey of Saint Anthony’s Catholic Church cares little for advancing Joe Biden’s political career. He’s trying to save his soul. Father Morey isn’t concerned by shallow, Godless prattling from liberal opinion hosts, who masquerade as news people on CNN. He answers to a higher authority. Yes, higher than the government. Wouldn’t it be inspiring, uplifting and meritorious if other Catholic leaders made the same calculation?

Catholics have a long history of suffering under left-wing, dictatorial powers. Those powers have always been threatened by the realization that God is more powerful than they. History shows the Church, in its over 2000-year history, has never wavered. More priests and bishops should deny high-profile, fake Catholic, Democrats Holy Communion. It’s the only right and proper remedy for those who continue to exercise the free will God gave them, by not living their faith.

Chris Salcedo is the Executive Director of the Conservative Hispanic Society, a Texas talks show host, heard on WBAP & KSEV. He can also be seen daily on NewsmaxTV.

Yes, Absolutely-!!! One cannot be Christian and also support abortion a.k.a. murder-!!!