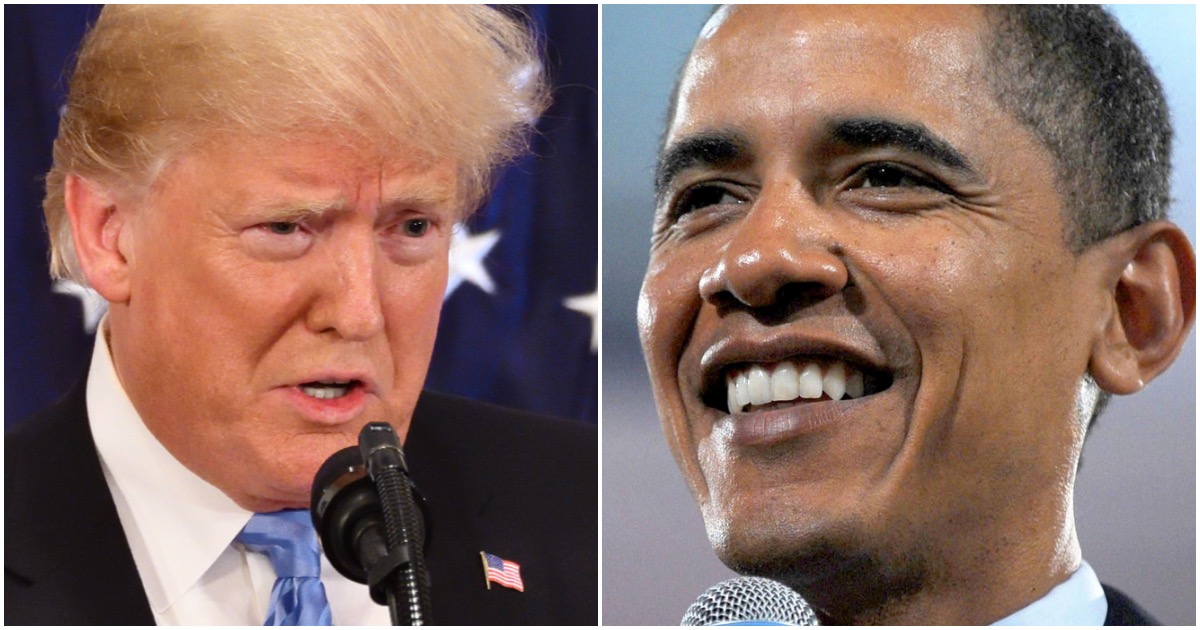 The following article, President Trump Thanks Barack Obama for Leaving Open So Many Judicial Vacancies (Details), was first published on Flag And Cross.

There aren’t many things America can thank Barack Obama for. Literally, almost next to none. President Trump thought of one thing, though, that might make Americans proud. One. Thing.

Thanks to the worst president who ever lived, Trump is having a field day filling judicial vacancies. And, as you might expect, the American people of benefiting because of it. Go figure. From Daily Wire:

President Donald Trump gave thanks to his predecessor, former President Barack Obama, on Monday night for leaving so many federal judicial vacancies when he left the White House after his term expired.

“Well, thank you, Mr. President, for making America great again,” Senate Majority Leader McConnell (R-KY) said during a rally in Lexington, Kentucky. ” … and working together we are changing the federal courts forever.”

Trump added, “Nobody has done more to change the court system in the history of our country than Donald Trump. And Mr. President, we are going to keep on doing it — my motto is leave no vacancy behind.”

Cory Booker, like every single American in the country regardless of political affiliation, knows that Obamacare is garbage.

The 2020 Democrat recently appeared on NBC’s “Meet the Press.”

He pretty much told Barack that his health care fix didn’t do much of anything. That has to sting!

Booker noted, “Yeah, look. I can’t stand these people that say these bright lanes. For me, I feel it when I talk to really good people on that stage that I know, that there is a unifying message here that, look, we are a nation with a savagely broken health care system. Not the guy that’s trying to take it away that’s in the White House right now.”

@CoryBooker: “We’re going to fight to get there. We can put the ideal out there … in other words, not sacrifice progress for purity.”

WATCH: Sen. Cory Booker says Democrats are putting “forth a vision” to fix the healthcare system #MTP #IfItsSunday@CoryBooker: “We're going to fight to get there. We can put the ideal out there … in other words, not sacrifice progress for purity.” pic.twitter.com/Mnp3a43JxW

Well, darn. hillary was supposed to fill those judgeships with liberals as obama was too busy vacationing and golfing.

While using Air-Force One on taxpayers money.